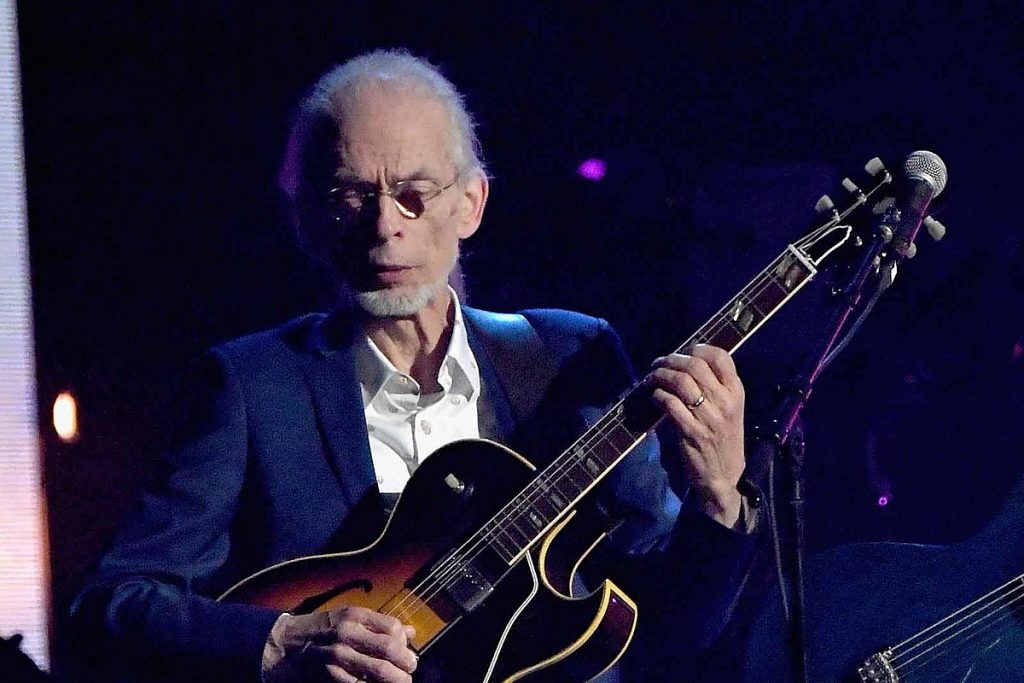 He revealed the news on Facebook, calling the work “an equal balance of guitar instrumentals and songs, which presents a symmetric balance of the things I do. I perform the lead vocals, electric, acoustic & steel guitars plus occasional keyboards, percussion and bass guitar on the instrumentals.”

Produced by Curtis Schwartz and mastered by Simon Heyworth, Love Is features harmonies courtesy of his Yes bandmate Jon Davison, and Howe’s son Dylan added drums, “showing his precision and forcefulness throughout.” His most recent release was 2019’s New Frontier, recorded with the trio of him, Dylan and organist Ross Stanley.

Howe is also planning to release an autobiography, All My Yesterdays, on Sept. 3. The Amazon listing describes the book as a recount of “times of triumph and torment amidst the cream of the UK’s prog rock bands.” It depicts Howe’s career as a “roller-coaster ride of constant touring, tense recording sessions and frequent trips to all corners of the globe” between his stints with Yes and Asia.

Back in October, Yes released a From a Page, a box set dedicated to the period when David Benoit fronted the group. It contained the single “To the Moment,” which was recorded in 2010 during the sessions for Fly From Here, but remained in the vault. In 2018, they put out a new version of Fly From Here, called Return Trip, with Trevor Horn remixing the record and also contributing new lead vocals.