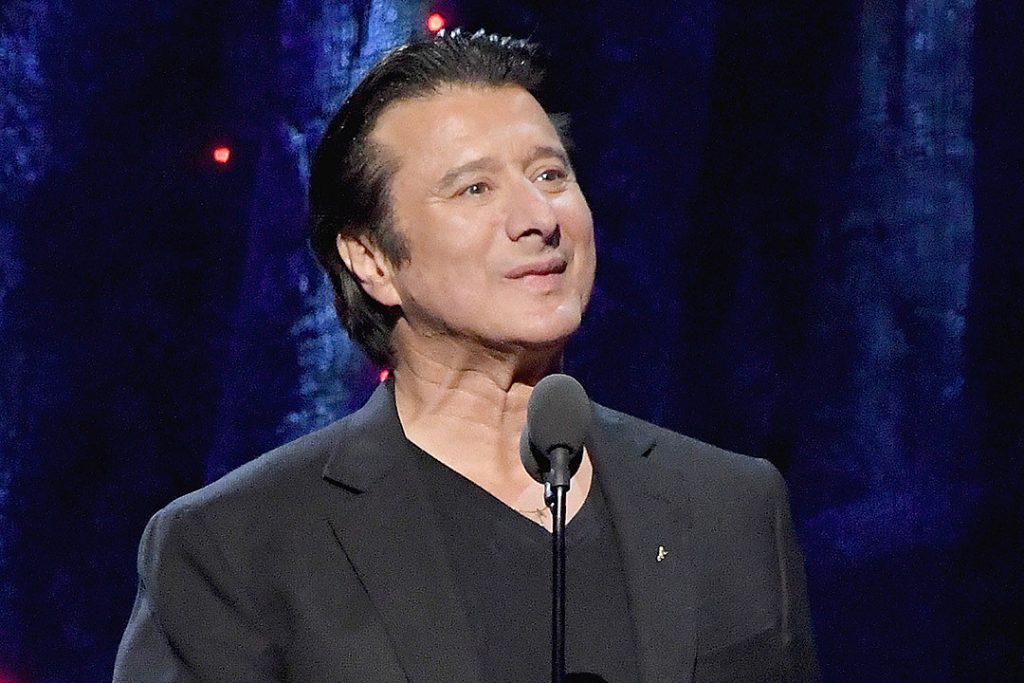 Steve Perry is decrying the prevalence of Auto-Tune, the popular audio tool used for pitch correction and vocal effects.

“Auto-Tune has turned everybody into the same singer,” the former Journey frontman said in a new interview with Kyle Meredith, “which I think is tragic.”

First introduced in 1997 by mathematician Dr. Andy Hildebrand, Auto-Tune was designed to support or enhance an original vocal performance. “When voices or instruments are out of tune, the emotional qualities of the performance are lost,” according to the device’s patent. Its big break arrived in 1998 with Cher‘s smash single “Believe.”

Perry, however, says those “emotional qualities” actually come from the unedited human voice.

“I was told a long time by a very bright musician, he said when you listen to somebody as beautiful as a [Barbra] Streisand, your heart just goes, ‘I can’t believe she can do this. How is she doing this?'” Perry said. “And then you listen to Muddy Waters and you get an emotional touch too. Well, they’re totally two different vocal directions, totally two different vocal timbres, different styles. Well, one is angelic and beautiful and the other has some struggle in it, and it’s the struggle and the imperfections that you pull for, too. There’s this human thing.

“Singing is the most primal thing. It really is a very primal form of communication,” Perry added. “And, obviously, it’s gonna be around for a while – which is why I’m not so happy that people are washing out this description we just talked about with Auto-Tune.”

Some fellow singers may share Perry’s opinion. Others, however, have recognized that Auto-Tune’s potential benefit extends beyond correcting pitch.

“I’d say that if John Lennon had had an opportunity, he would have been all over it,” Paul McCartney said in the first episode of “Watch the Sound,” an Apple TV+ docuseries hosted by producer Mark Ronson. “Not so much to fix your voice, but just to play with it.”

Lennon’s son Sean agreed, noting that his father didn’t care for his stand-alone voice, and would have surely opted to pursue something unprecedented.

“Part of it is why he found all those flangers and phase effects, because he was always trying to find a way to make his voice sound better to him,” Lennon said. “He always was not just keeping up with the technology, but the Beatles and my dad, they were always on the cutting edge of what was happening. I think for sure he would have tried Auto-Tune.”

You Think You Know Journey?