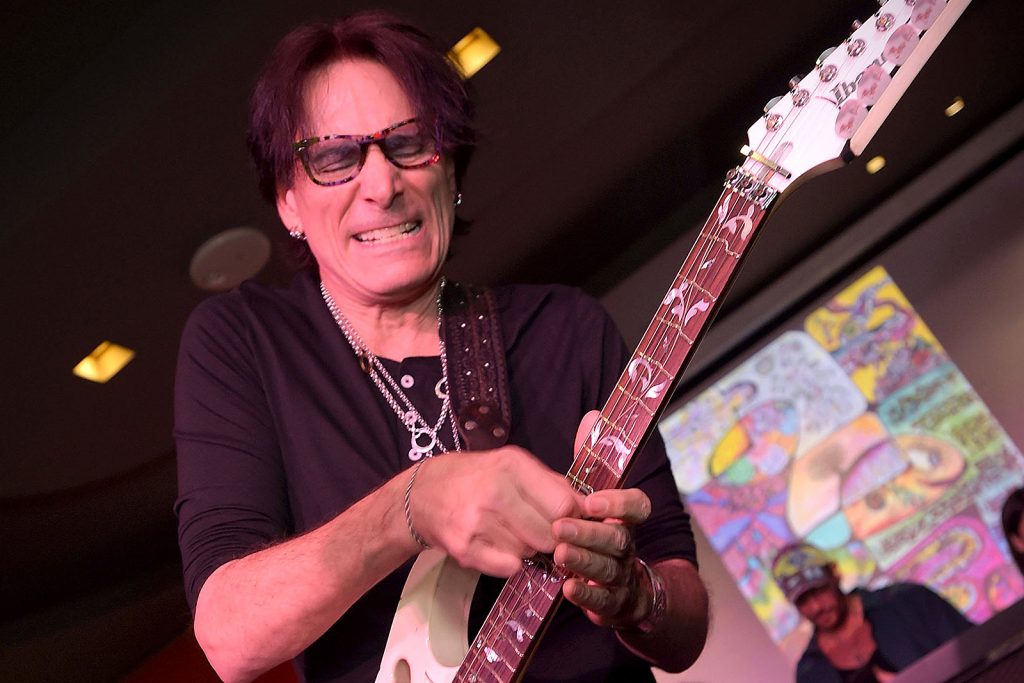 Steve Vai is planning a return to his hard-rocking ’80s and early-’90s roots with the release of a “straight-ahead rock” album that he original recorded around 1991.

The guitarist told Al.com that he’s already got his eye on the follow-up to his latest solo LP, Inviolate, which he released in January. “And the next record I have coming out — and this is a shocker, for whoever’s interested — but I recorded a record in around 1991 and I spent about two weeks on it and it’s this very straight-ahead rock,” he said. “It’s music that I wrote that I wanted to listen to while riding my Harley Davidson with me and my friends.”

Vai said the album will feature vocals from his friend John “Gash” Sombrotto, who “had never sung, but I heard something in his voice, and I put [him] in the studio and you’re just not gonna believe the way he sings.” The album, which Vai has tentatively titled Vai/Gash, is “probably going to come out early next year.”

Before he made a name for himself as a solo artist with his masterful 1990 sophomore album Passion & Warfare, Vai served in David Lee Roth‘s solo band, playing on 1986’s Eat ‘Em and Smile and 1988’s Skyscraper, and then joined Whitesnake for 1989’s Slip of the Tongue and its accompanying world tour. He said his forthcoming vault release is “really for the fans that are interested in seeing an alternative life for me back in ’91.”

“It’s the record I think a lot of people were expecting I would make — and were hoping I might make — because it’s even more straight ahead than Whitesnake or David Lee Roth,” Vai added. “Just rockin’. It’s not metal but it is … this pop-rock. I really like it, but it sat on the shelf for over 30 years. So that’s the next thing coming out.”

Vai also explained his decision to join Whitesnake instead of immediately pursuing a full-time solo career following his departure from Roth’s band. “I opted to do the Whitesnake gig, because I’m very comfortable with a lead singer, especially someone like David Coverdale, who’s just always outstanding,” he noted. “But it was nice. I didn’t necessarily feel that it would be the kind of music I’d [be] doing for the rest of my career, because if you listen to Passion and Warfare it’s obvious there’s something else going on in that guy’s head.”