Stevie Nicks Recalls Jimi Hendrix Dedicating a Song to Her 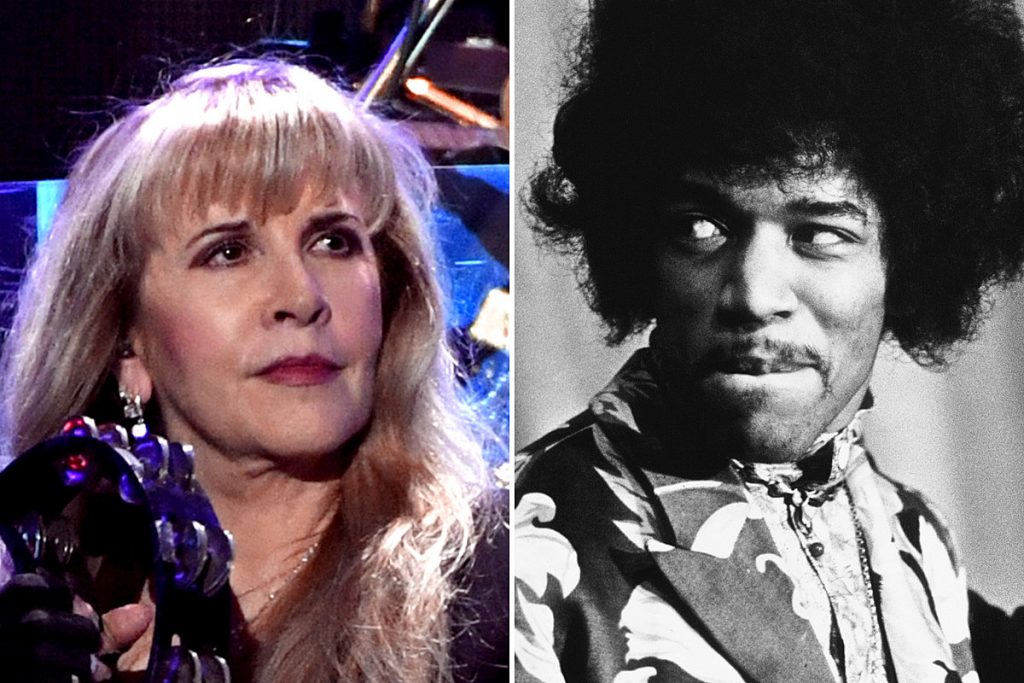 Stevie Nicks remembered when Jimi Hendrix dedicated a song to her, saying it was one of the reasons she regarded him as a major influence.

The incident took place in the late ‘60s while she was touring with Lindsey Buckingham’s band Fritz, before they became the duo Buckingham Nicks and went on to join Fleetwood Mac, as she told Uncle Joe Benson on the Ultimate Classic Rock Nights radio show.

“I was inspired by Jimi Hendrix from a rock standpoint, because Lindsay and I got to open for him,” she said. “It was a big huge show in San Fransisco. There was like 20 bands on; there was you, there was 15 more bands and then there was Jimi Hendrix.

“The perk that you get when you do that is that you get to be on the side of the stage when Jimi Hendrix goes on. And he actually dedicated a song to me. He looked over at me and said, ‘This is for you, babe.’ And I’m like, ‘You’re awesome! You are so awesomely cute and handsome and you play so amazing and thank you, Jimi!’”

In a 2011 interview Nicks recalled the balance of influences she’d taken from Hendrix and Janis Joplin, after Fritz had opened for both artists. “[F]rom Janis I learned that to make it as a female musician in a man’s world is gonna be tough and you need to keep your head held high,” she said. “From Jimi I learned grace and humility.”