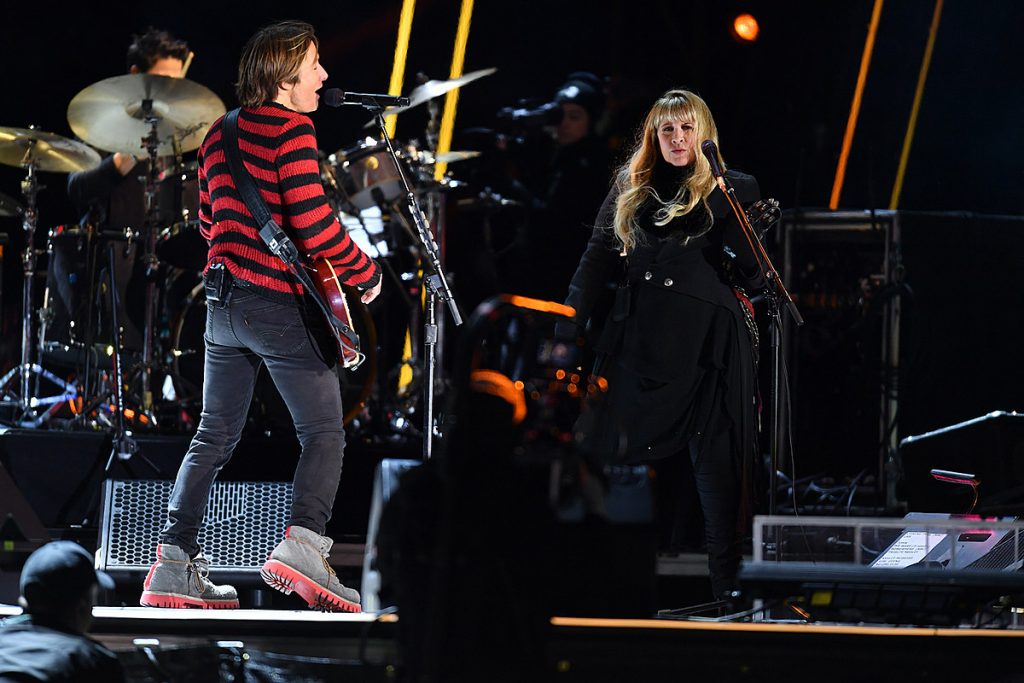 Stevie Nicks made a guest appearance with country star Keith Urban to deliver a version of “Stop Draggin’ My Heart Around” during a New Year’s Eve show in Nashville last night.

The performance of Nicks’ 1981 hit with Tom Petty was broadcast on TV, and you can watch it below:

It was the fourth year in a row that Urban played the annual Music City Midnight concert, and he’d been talking up the collaboration in the days ahead of it. So when the time came for Nicks to take the stage, he only had to say: “Here’s Stevie!” and the crowd knew what to expect. “We had the best time tonight,” he reported via Instagram afterwards. “Stevie Nicks, you are a goddess. You just did amazing tonight. Thank you so much. It was a blast.” He then asked wife Nicole Kidman: “Did you have a good time?” She replied: “I had the best time.”

Around the time of Petty’s death in 2017, Nicks recalled how “Stop Draggin’ My Heart Around” had come to appear on her solo album Bella Donna. She’d told record label boss Doug Morris: “So, listen, what I’d really like to do is be in Tom Petty and the Heartbreakers’ band.” Morris had told her: “No. That’s not going to happen.” Her next thought was, “So I can make, like, a Tom Petty girl album?” Eventually Petty agreed to let her record vocals for his song, which reached No. 3 on the singles chart.