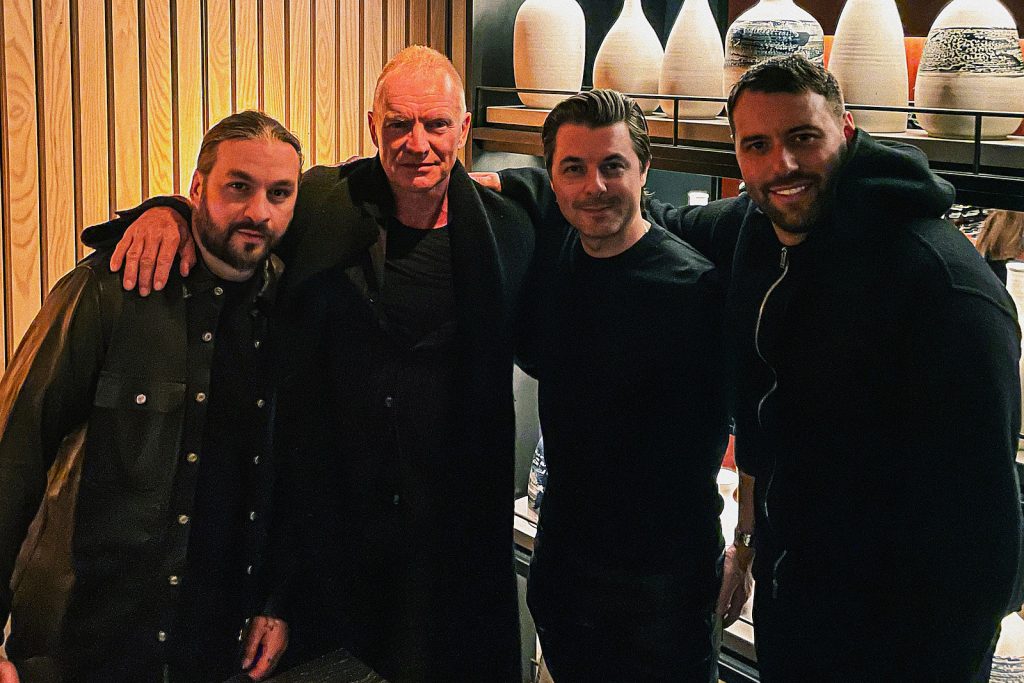 Sting recreates the classic refrain from the Police‘s “Roxanne” — “You don’t have to put on the red light” — in the new Swedish House Mafia song titled “Redlight.”

Formed in 2008, Swedish House Mafia consists of DJ-producers Axwell, Steve Angello and Sebastian Ingrosso. “Redlight” marks the fourth single off the supergroup’s debut album, Paradise Again, out April 15. You can listen to it below.

Sting has also kept busy lately, releasing The Bridge in November, making an appearance on Hulu’s mystery-comedy series Only Murders in the Building and selling his vast songwriting catalog to Universal Music Group for a reported $250 million.

“We got on a Zoom with Sting,” Only Murders co-creator John Hoffman told E! last September about landing the English artist. “He was in France, pandemic hiding-out in a stunning French chateau” and “could not have been more thrilled and excited to jump in.” The singer plays himself and turns out to be a murder suspect in the dark comedy, which also stars Steve Martin, Martin Short and Selena Gomez.

Sting’s dealings in the music business this year have been much less dark. “It is absolutely essential to me that my career’s body of work have a home where it is valued and respected,” he said in a statement regarding his catalog sale (via The New York Times). “Not only to connect with longtime fans in new ways but also to introduce my songs to new audiences, musicians and generations.”

In a review of The Bridge, UCR wrote that the LP “doesn’t so much present a sense of urgency in the times as it does a feeling of not overthinking matters. … The melodies easily flow, especially during the LP’s first half. All of it adds up to Sting’s least fussy and most satisfying album in years.”

They made only handful of records, but all offer plenty of rewards.