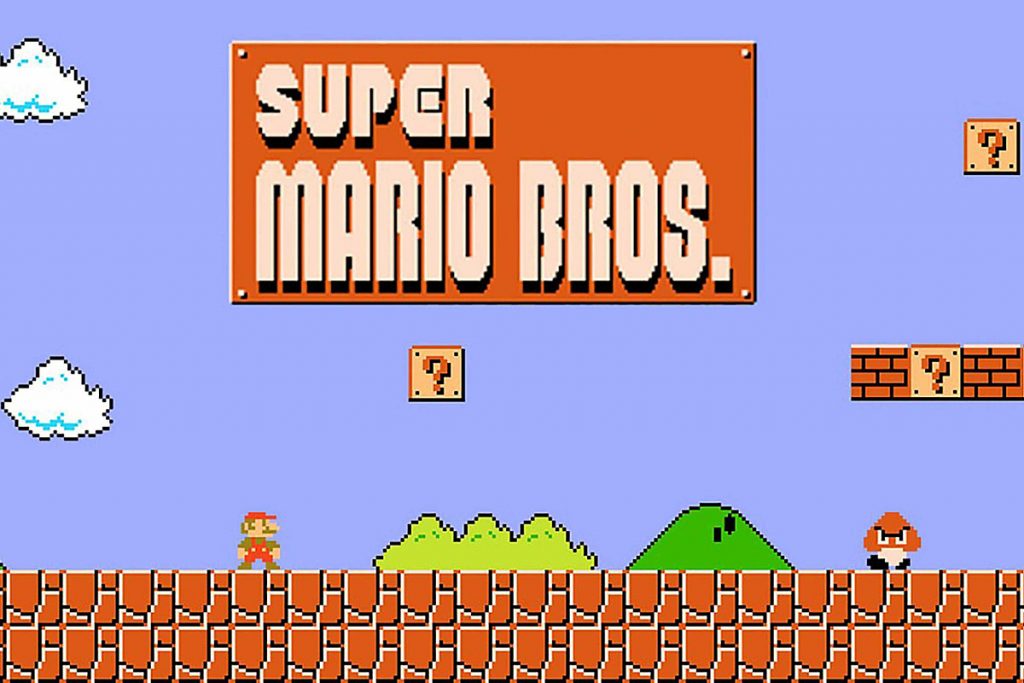 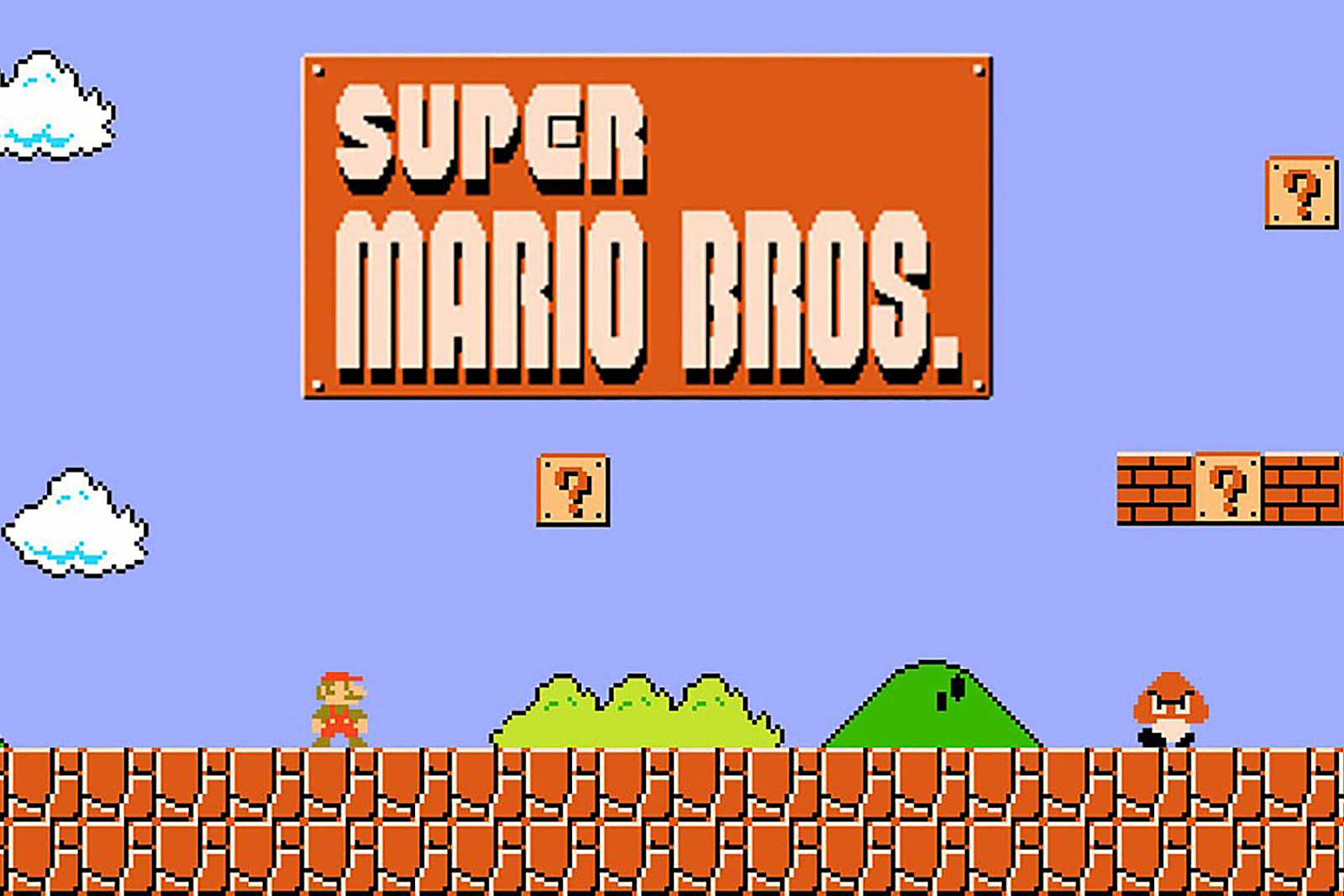 The face of gaming changed forever when Nintendo released Super Mario Bros. on Sept. 13, 1985 — making a star out of its lead character, Mario.

But this wasn’t the mustachioed hero’s debut. Mario’s origins go back several years earlier, to another classic game. In 1981, Nintendo looked to break into the American arcade market with their game Radar Scope. Though the title had been popular in Japan, it failed to connect with U.S. players, leaving Nintendo with a warehouse full of unused machines. Rather than take the loss, the company tasked young graphic artist Shigeru Miyamoto with creating a new concept that could be reprogrammed into the existing Radar Scope game systems. Inspired by the classic cartoon Popeye, he crafted a game in which a carpenter tries to rescue his love from a giant barrel-hurling gorilla. The ape was Donkey Kong, and the hero was initially called “Jumpman.”

One night, while Miyamoto’s team was working at the company’s storage facility in Seattle, their landlord unexpectedly arrived demanding past due rent. The American’s name was Mario, a name which would soon replace Jumpman.

Following the success of Donkey Kong and its sequel Donkey Kong Jr., Mario earned his own game alongside a new character, his brother Luigi. Mario Bros. copied elements of the game Joust, with a single-page game screen that featured evolving enemies on each level. The game was popular but broke little new ground. For his next project, Miyamota had much more elaborate ideas.

Super Mario Bros. would feature many industry altering developments in gameplay. The scrolling screen style was far different than its stagnant predecessor, while different worlds and hidden features gave users a new experience every time they played.

“We decided to try to incorporate more settings,” Miyamoto explained in an interview with NPR. “Things like the open air, the open sky, underwater and things like that. And to do that, we incorporated a side-scrolling mechanic where you scrolled sideways through the screens, and that became the base for the game that was Super Mario Bros. So that’s the origin of the game play.”

“First, we decided what kind of course to make,” elaborated Takashi Tezuka, the game’s assistant director and Miyamoto’s right-hand man. “At the time, we didn’t really use computerized tools. Instead, we hand drew the stages and inputted data based on those drawings.”

“We wrote out what kind of stages we wanted to create on a giant white board,” added Miyamoto. “Then we created a layout by pasting notes on the board, like what the background should be or what would appear.”

“My vision of Mario has always been that he’s sort of representative of everyone. He’s kind of a blue-collar hero,” the creator admitted, adding that Mario’s abilities and weaknesses also made him relatable to players. “The actions in the Mario game are something that are innate to humans everywhere. Everyone is afraid of falling from a great height. If there is a gap that you have to cross, everyone is going to try to run to jump across the gap. These are things that are uniquely human and are a shared experience across, really, all people. And I think because of the simplicity of these experiences as well as the interactive nature of controlling the character and seeing the response on the game screen — that’s what really resonated with people and made Mario such a popular character.”

Watch an ‘Inside Edition’ Report Covering the Popularity of Super Mario Bros.

The “super” in Super Mario Bros. related to another innovation in gameplay: the introduction of Mario’s power-ups. By eating a mushroom, the hero doubled in size and was able to better withstand the attacks of his enemies.

“Getting an item and growing big is sort of a mysterious thing to have happen,” Miyamoto explained. “And if you think of stories like Alice in Wonderland and other types of fairy tales, mushrooms always seem to have a mysterious power, and so we thought the mushroom would be a good symbol for why they get it and get big.”

Super Mario Bros. was released in Japan on Sept. 13, 1985. Its U.S. release would come about a month later, with international rollout continuing in various locations through 1987. The game became a phenomenon across the globe, spurring massive sales of the Nintendo Entertainment System (with which it was often bundled).

The success of both Super Mario Bros. and the NES proved that home gaming was still a lucrative and in-demand market — something that had largely been questioned following the video game crash of 1983. Super Mario Bros. went on to sell more than 40 million copies worldwide and remains one of the world’s best-selling video games.

No game release in history has had a bigger pop culture impact, as it elevated its hero to one of the most recognizable characters on Earth.

A survey of American children in the ’90s found that Mario was more recognizable than Mickey Mouse. The heroic plumber has since gotten numerous television shows (both live-action and animated) and feature film. Mario’s been printed on an endless array of merchandise, and streets have been named after him. He has multiple entries in the Guinness Book of World Records, and the character even appeared in promotional videos for the 2020 Summer Olympics in Tokyo (now pushed to 2021).