Supremes Are First Woman Group to Hit No. 1 With LP 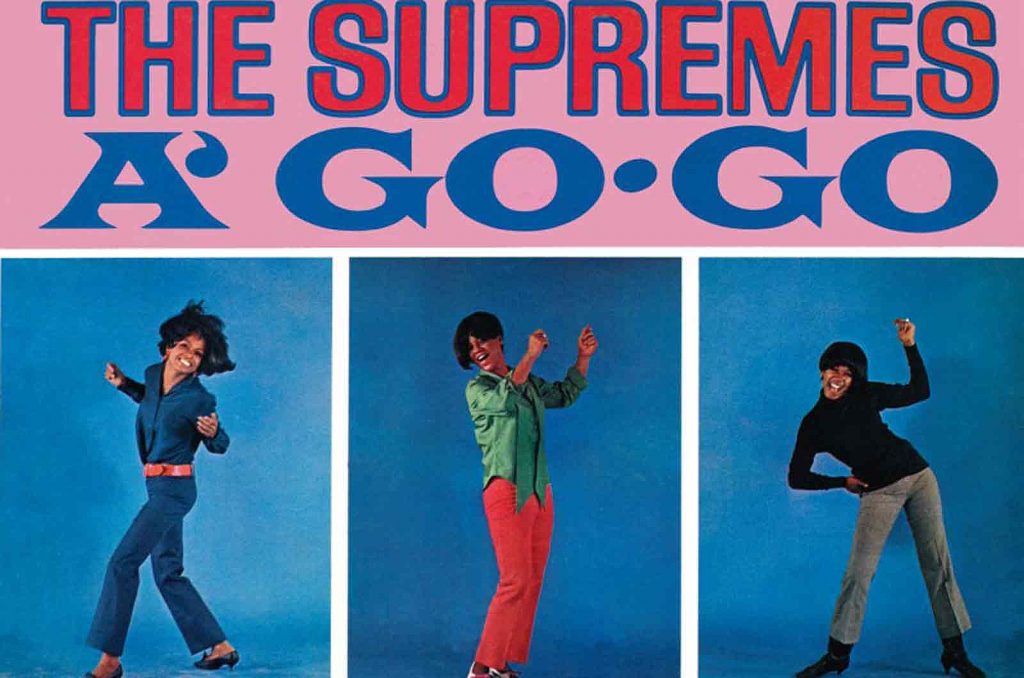 The Supremes were already the most successful female group in history – five straight No. 1s in 1964-65 – when they released their ninth album, The Supremes A’ Go-Go, in late August 1966.

On Oct. 22, they made history again when the LP climbed to the top of the chart, making Diana Ross, Mary Wilson and Florence Ballard the first all-woman lineup to hit No. 1 on Billboard‘s weekly album survey.

It was just the latest victory for the group, which became one of Motown’s flagship acts during the first half of the ’60s. They formed in Detroit in 1959 as a quartet, called the Primettes; they served as a sister group to the Primes, which included two Temptations cofounders. After a couple of lineup changes, the four-piece became a three-piece in 1962 and released its first album, Meet the Supremes.

A handful of earlier singles – as both the Primettes and the Supremes – failed to chart, but the Smokey Robinson-penned “Your Heart Belongs to Me” dented the Hot 100 that year. In 1963, they finally broke the Top 40 with “When the Lovelight Starts Shining Through His Eyes.” A year after that, on Aug. 22, 1964, the Supremes reached No. 1 with “Where Did Our Love Go.” And then things went supernova.

Listen to the Supremes’ ‘You Can’t Hurry Love’

By the time the ’60s ended, the group had collected 12 No. 1s, making them one of the most successful artists of all time. “Baby Love,” “Come See About Me,” “Stop! In the Name of Love,” “You Can’t Hurry Love,” “You Keep Me Hangin’ On,” “Love Child” and a half-dozen more. All classic songs. All top-of-the-chart hits.

But Motown, taking inspiration from hometown Detroit’s car manufacturers, treated the music-making business like a factory, pumping out record after record in the mid ’60s. In addition to all the singles that its stable of busy artists were recording, album tracks were being churned out too, for the multiple LPs each act was required to turn in every year.

Up to that point, scattered among the theme records the label’s biggest group released (A Bit of Liverpool, The Supremes Sing Country Western & Pop), the Supremes logged a handful of Top 10 albums, with the hits-stuffed Where Did Our Love Go staying at No. 2 for four weeks. The Supremes A’ Go-Go hit the charts on Sept. 24, 1966, just six months after their previous LP.

Buoyed by singles “Love Is Like an Itching in My Heart” (No. 9) and “You Can’t Hurry Love” (No. 1 for two weeks), the album soared to the top of the Billboard list, replacing the Beatles‘ Revolver, and stayed there for two weeks. It’s the only Supremes long-player to make it to No. 1 – though 1968’s TCB, made with the Temptations, and the 1967 compilation Diana Ross and the Supremes Greatest Hits also reached that position, albeit with asterisks.

With a dozen songs ranging from Motown and Holland-Dozier-Holland standards “Baby I Need Your Loving” and “I Can’t Help Myself,” both earlier hits for the Four Tops, to head-scratching covers of “These Boots Are Made for Walkin'” and “Hang on Sloopy,” The Supremes A’ Go-Go is a little-better-than-average LP from the label’s peak period. (The earlier Where Did Our Love Go and later The Supremes Sing Holland-Dozier-Holland are far more consistent listens.)

The record’s history-noting achievement comes from it being the first No. 1 album logged by a female group. (The Singing Nun and Barbra Streisand had already reached the top with solo records.) It spent a total of 60 weeks on Billboard‘s album chart, a number eclipsed only by Where Did Our Love Go. But almost as soon as the Supremes celebrated their victory, they were back in the studio making more records. By the end of 1966, they released another No. 1 single, “You Keep Me Hangin’ On.”

Their milestone became somewhat of a footnote in 1982, when Beauty and the Beat, the debut album by the Go-Go’s, reached No. 1, marking the first time a female group wrote and performed a chart-topping LP. It was a roundly celebrated triumph in the annals of music history. But the path was forged a decade and a half earlier when three women from Detroit sang their way past the biggest band on the planet.