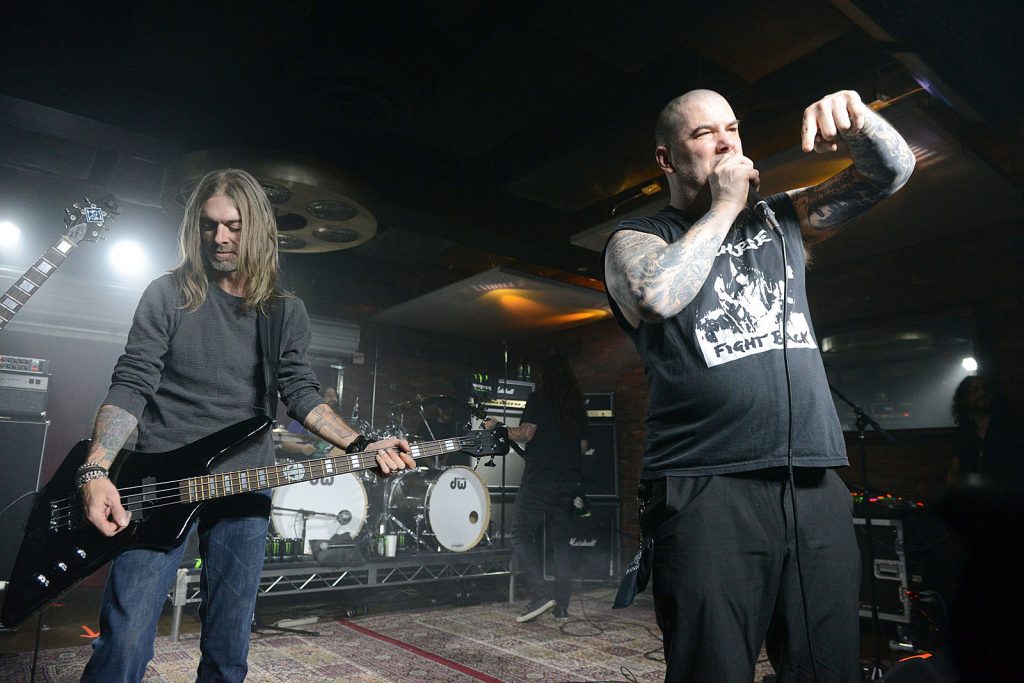 The surviving members of Pantera are reportedly plotting a 2023 tour.

According to an article in Billboard, singer Phil Anselmo and bassist Rex Brown have hired Artist Group International to book the tour. “We are thrilled to be working with such an iconic band and bringing their music back to fans,” said agent Peter Pappalardo.

Crucially, the article notes that there is no word on who will replace the other half of the band’s classic lineup, the late Abbott brothers. Guitarist Dimebag Darrell was murdered onstage in 2004, and drummer Vinnie Paul died in 2018.

Next: When Pantera Topped the Album Charts