Tenacious D Unleash ‘The Who Medley’ to Promote Gun Safety 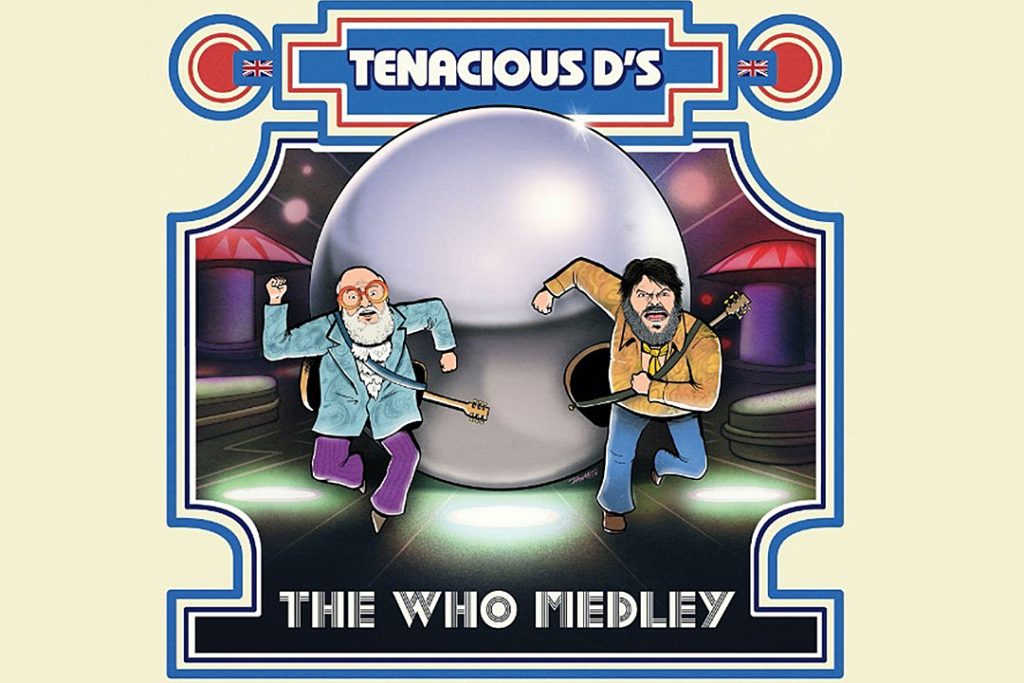 Tenacious D has released “The Who Medley,” a three-song tribute to the Who‘s 1969 rock opera Tommy.

The three-minute medley finds Jack Black and Kyle Gass performing the Pete Townshend-penned tracks “Pinball Wizard,” “There’s a Doctor” and “Go to the Mirror!” The duo have performed this medley nearly 100 times in concert since 2004.

You can see the song’s Liam Lynch-directed video below.

“Who better to deliver a tribute to the greatest rock opera of all times? Who? The D! That’s Who!!” The band explained in a press release. “We’ve been working on this medley for 20 years. It’s finally ready to be unleashed. Crank it. It’s a humdinger. Enjoy.”

As they did with last year’s cover of the Beatles‘ Abbey Road songs “You Never Give Me Your Money” and “The End,” Tenacious D is releasing a charity-benefiting 7″ vinyl single for “The Who Medley,” with proceeds going to Everytown for Gun Safety. You can order the single from the band’s official web store.

Tenacious D launch their Summer 2022 tour of the United States on June 16 in Telluride, Colorado. The trek is currently scheduled to conclude on Sept. 22 in Louisville, Kentucky. You can get ticket and show information at their official website.

The band is also launching their own line of fiber bars, and their logic behind this unexpected merchandise line addition is unassailable as ever. “The world is so constipated right now. Never fear. Tenacious D to the rescue! Our new fiber bar is so delicious and chock full of colon cleansing fiber…you will be dropping perfectly tapered deuces in no time! You’re welcome, world!  Enjoy.”

Next: How Tenacious D Rebounded From a Flop With ‘Rize of the Fenix’