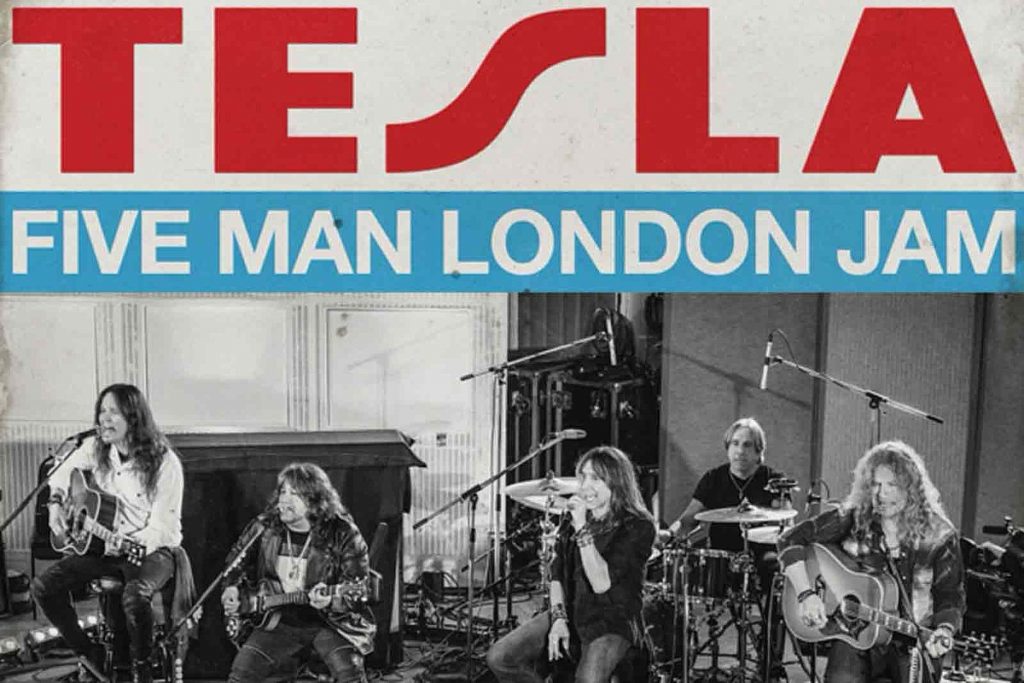 The album, which documents a June 2019 performance at London’s Abbey Road Studios, will be available on CD, two vinyl LPs and digital formats. The show, named in reference to 1990’s Five Man Acoustical Jam, was also filmed in 4K high-definition for a companion Blu-Ray release.

Tesla previewed the project with the audio version of “What You Give,” a track from their third LP, 1991’s Psychotic Supper. The song is available for immediate download with any album pre-order.

Five Man London Jam also features live versions of “Love Song,” their covers of Five Man Electrical Band’s “Signs” and the Beatles‘ “We Can Work It Out,” and the live debut of their 2019 cut “California Summer Song.”

You can listen to “What You Give” below.

The band recently announced a summer tour with Alice Cooper and Lita Ford that kicks off May 30 in Paso Robles, Calif., and wraps June 27 in Detroit. The group’s solo schedule also includes a run of winter tour dates that begins on Feb. 14 in Pensacola, Fla., and runs through early May. They will also play a show on Oct. 27 at the Sands Festival in Playa Mujeres, Mexico.

Last year, The New York Times reported Tesla were among hundreds of artists — including Elton John, Eagles and Guns N’ Roses — who lost recordings in a 2008 Universal Records fire.