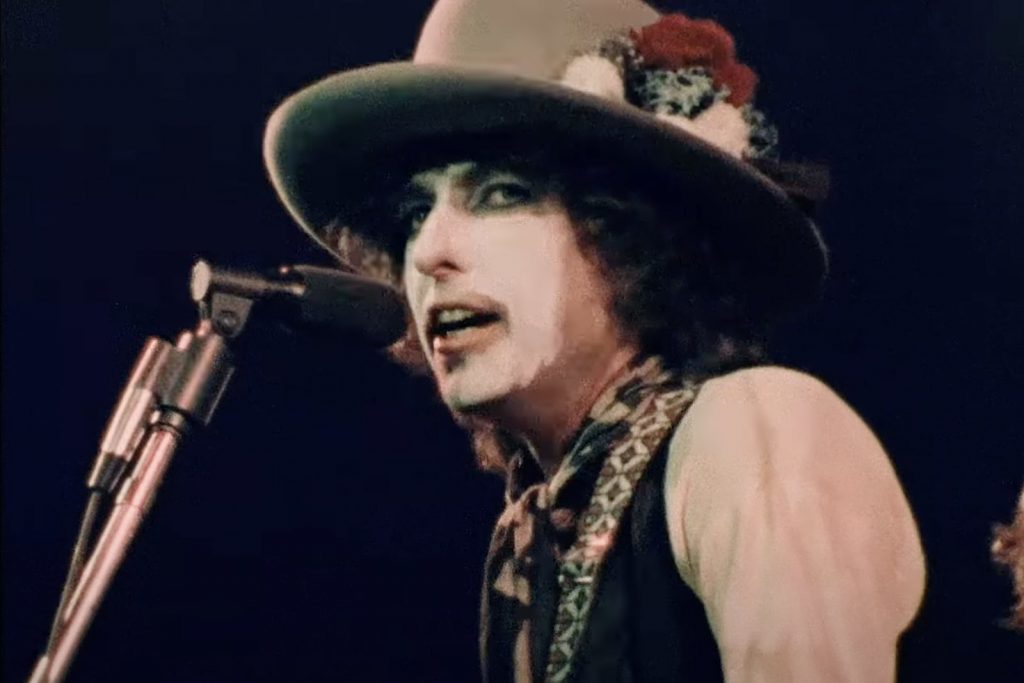 When it comes to Bob Dylan, it’s best to expect the unexpected. Never one to play by the rules, Dylan’s six-decade catalog, which ranges from blues ballads to religious rock to standard selections, implies that there is no rule book when it comes to his music.

Trying to make sense of any Dylan song is often futile. Part of his intrigue is his music’s ambiguity. Lyrics can be interpreted in dozens of different ways, and arrangements change from year to year as Dylan comes up with new ways to present his songs.

Still, some tracks have consistently left listeners scratching their heads. Some of these songs can be considered second-rate compared to Dylan’s masterpieces, but it’s also worth noting some of his strangest songs are among his best and most popular. From curious cover choices to unorthodox original numbers, we offer the 10 Weirdest Bob Dylan Songs below.

There’s an argument to be made that all of 1970’s Self Portrait, an album Dylan purposefully crafted to be “a joke,” is weird. There are several songs on the LP that for good reasons have never appeared on any compilations or best-of lists, but the most puzzling may be “All the Tired Horses,” which features no Dylan vocal at all, only a small choir of female voices singing the same two lines over and over: “All the tired horses in the sun / How am I supposed to get any riding done?“

Dylan’s Down in the Groove, like its predecessor, Knocked Out Loaded, was a huge disappointment. The album was once again a collaborative effort, featuring tracks like “Ugliest Girl in the World,” which was co-written with Grateful Dead lyricist Robert Hunter. The song’s blues-rock arrangement isn’t necessarily unappealing, and Dylan’s vocal performance is strong enough, but those lyrics! “Well, the woman I love, she got a hook in her nose / Her eyebrows meet, she wears second-hand clothes.” Plus, the backing singers emphasize a crude sentiment: “Man, she’s ugly, got to be ugly.”

It’s not exactly clear what it means to “wiggle, wiggle, wiggle like a bowl of soup” or “like a pail of milk,” but according to this Dylan song, if you wiggle enough, you’ll end up vomiting fire and raising the dead. The album, which featured several high-profile guest appearances, was dedicated to “Gabby Goo Goo,” most likely Dylan’s 4-year-old daughter. That might explain the nursery rhyme cadence of “Wiggle Wiggle.” Dylan later admitted he wasn’t in the strongest of songwriting places back then. “I wasn’t bringing anything at all into the studio, I was completely disillusioned,” he told Rolling Stone in 2006. “I’d let someone else take control of it all and just come up with lyrics to the melody of the song.”

When “New Pony,” a slow-burning blues cut from Street Legal, begins, you might think Dylan is singing about a new pet named Lucifer, who needs to be put down after breaking a leg. But as the song progresses, it becomes more evident that the pony is a metaphor for a woman, an object of intense sexual desire by the end of the song: “Come over here, pony / I wanna climb up one time on you.” The strangest part of what could be Dylan’s dirtiest song is that both his girlfriend at the time, Helena Springs, and his future wife, Carolyn Dennis, sing backing vocals.

1973’s Dylan was compiled and released by Columbia Records without any input from Dylan. The album is made up of studio outtakes Dylan never intended to release. “Spanish Is the Loving Tongue” is a showcase for that nasal tone Dylan started using in 1969. (The song’s lyrics are based on a 1907 poem by cowboy Charles Badger Clark; they were set to music in 1925 by Billy Simon.) About midway through, the track picks up speed, but the Spanish-flavored song remains more curious than essential.

In the middle of Shot of Love, the third of Dylan’s trilogy of Christian albums, sits “Lenny Bruce,” dedicated to the late stand-up comic who was convicted at a 1964 obscenity trial. (He was posthumously pardoned in 2003.) The track features Dylan solo at the piano, singing forlornly. “I wrote that song in five minutes!” he said in a 1981 interview. “It is true, I rode with him once in a taxi cab. I found it was a little strange after he died, that people made such a hero out of him. When he was alive, he couldn’t even get a break. And certainly, now, comedy is rank, dirty and vulgar and very unfunny and stupid, wishy-washy and the whole thing.”

Plenty of artists have made Christmas albums, but Dylan’s take on yuletide tunes, 2009’s Christmas in the Heart, is unlike anyone else’s. His cover of “Must Be Santa” was inspired by the band Brave Combo. “Somebody sent their record to us for our radio show [Theme Time Radio Hour],” Dylan explained. “They’re a regional band out of Texas that takes regular songs and changes the way you think about them.” Plus there’s the video that features Dylan in a wig at a raucous holiday party.

Shadows in the Night, Dylan’s 2015 album of traditional pop standards, linked the singer-songwriter with Frank Sinatra. Dylan’s trilogy of Great American Songbook covers – Shadows in the Night, Fallen Angels (2016) and Triplicate (2017) – include some peculiar choices, like “Polka Dots and Moonbeams.” Dylan doesn’t enter until the song is halfway over, as he describes “a pug-nosed dream” of a woman who captures his heart. It’s sorta like “Ugliest Girl in the World,” but far more romantic.

A tantalizing piano riff starts “If Dogs Run Free” before it settles into a simpler jazz groove. Dylan half-talks and half-sings his way through this New Morning track, but the strangest part is the scat singing by Maeretha Stewart, a voice actress whose work includes The Wiz, Schoolhouse Rock! and Sesame Street. (She also sang backing vocals on Self Portrait.) At worst, it’s a bizarre-sounding song that sits in the middle of the divisive 1970 LP; at best it’s an intriguing attempt at something different.

Even Dylan and producer Tom Wilson can’t resist bursting into laughter when the tape rolls to record “Bob Dylan’s 115th Dream,” a roller-coaster ride of a song whose cast of characters includes cops, Englishmen, a Guernsey cow, a girl from France and somebody named Captain Arab, a playful reference to Moby-Dick‘s Captain Aha. Frenzied and absurd, the song is a great example of Dylan painting a vivid portrait using only words. By the time the narrator runs into Christopher Columbus at the end of the song, he has only one message: “Good luck.”