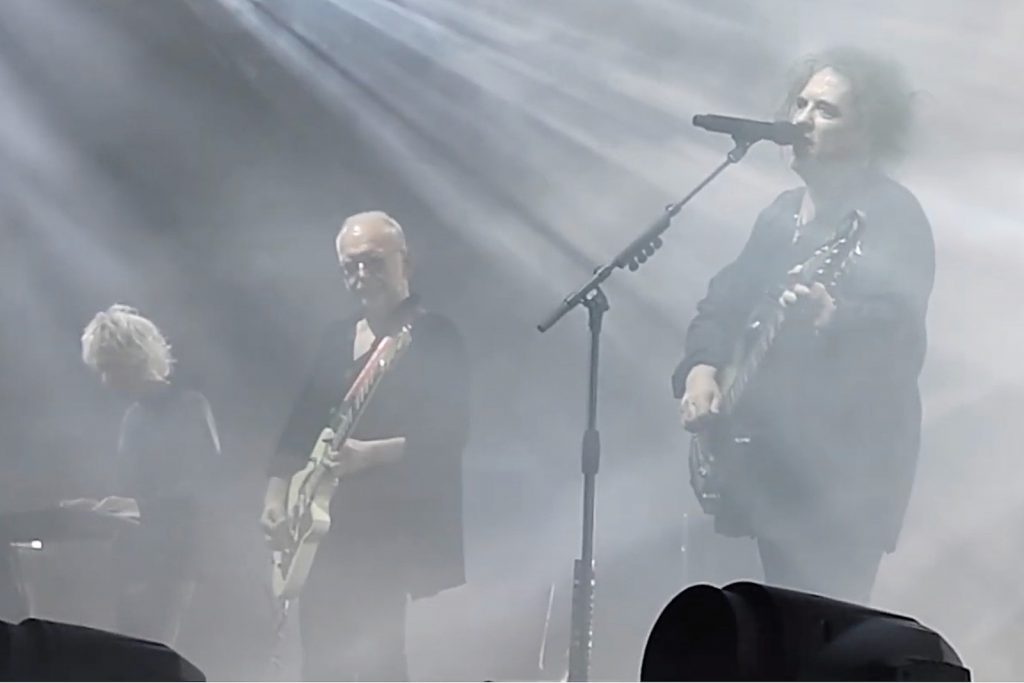 The Cure played their first live show in close to three years last night in Latvia, and they brought a couple of new songs along with them.

The group opened their set with the world premiere of “Alone.” “This is the end of every song that we sing / The fire burned out in ash and the stars grown dim with tears,” frontman Robert Smith began as he delivered the soaring, dramatic track.

From there, the Cure proceeded to rock through many of their most beloved tunes, including “Pictures of You,” “Love Song,” “Trust” and “Fascination Street.”

The group debuted another song later in the night, delivering a climatic new track called “Endsong” as they closed their initial set.

The Cure returned for two encores, delivering such hits as “Close to Me,” “Friday I’m in Love” and “Just Like Heaven.” The 25-song set ended with a performance of the 1979 single “Boys Don’t Cry.”

The full set list from the performance can be found below.

The Latvia concert was notable for many reasons beyond the two new tracks. The performance was the band’s first live appearance since October 2019. It also marked the Cure’s reunion with Perry Bamonte, the keyboardist who was a member of the band from 1990 to 2005, playing on such albums as Wish and Wild Mood Swings. Last night’s performance was Bamonte’s first with the band since 2004.

The Cure has not released any new music since 2008’s 4:13 Dream, but according to the group’s guitarist, Reeves Gabrels, the pandemic brought about a fresh opportunity to write new songs.

“We were over-productive,” Gabrels, who previously played with David Bowie and joined the Cure in 2012, told UCR at the beginning of this year. “Which is great, except it means you really can’t judge the songs until you get them close to finished. You kind of have to bring all that material up to the point where you can hear what they are.”

Listen to ‘Endsong’ From the Cure’s Concert in Latvia

Back in June, Smith described the new music as “very emotional” and that it could potentially be the last album the band makes. He also admitted that he’d struggled to complete the lyrics for the songs. “Last year I just gave up. I thought, ‘I can’t do it. They can all be instrumentals,'” he said. “And this year I sort of came back to it. Last year was difficult for a number of reasons, not least the pandemic, but what I wrote this year I have enjoyed.”

In August, bassist Simon Gallup, the second longest-serving member of the Cure after Smith, announced on his Facebook page that he would be leaving the band, saying that he’d “got fed up of betrayal.” Two months later, however, he stated that was still a member of the group.

The Cure are scheduled to continue touring Europe and the U.K. until mid-December, finishing out this leg of their world tour with three consecutive performances at London’s Wembley Stadium on Dec. 11, 12 and 13.

Watch the Cure Perform ‘Pictures of You’ in Latvia

Gloomy, gothy, punky, poppy – this multidimensional band’s albums are among the best of the era.