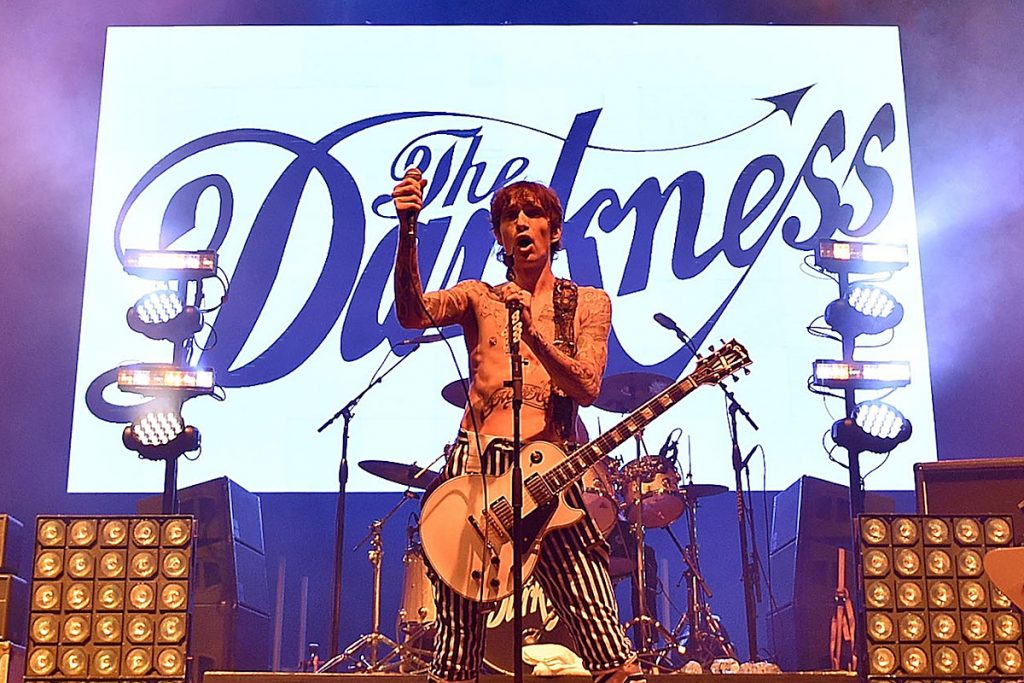 U.K. rockers the Darkness will hit the road for a North American tour this spring.

The trek begins April 13 in Edmonton, Canada, and concludes on May 23 with a performance in Chicago. The flamboyant group will perform its entire 2019 LP, Easter Is Cancelled, at each of the shows, followed by a set of popular songs and fan favorites. Several music festivals will also be part of the tour, including stops at Epicenter, Shaky Knees, Welcome to Rockville and Sonic Temple.

You can see the full list of dates and locations below.

“North America! We come to you again, humble in our mission but resolute in our purpose,” declared frontman Justin Hawkins in a press release. “We canceled Easter and now we are going to cancel your souls — let’s reboot together in the epiphany that only 150 percent pure adrenaline can bring. You are me, I am you and music is the river that will carry us to our destiny. P.S.: Concert tickets available at extremely reasonable prices from all usual outlets.”

Easter Is Cancelled marked the Darkness’ first concept album. Described as a “mini-rock opera examining the role of the musician in the barbarous culture of the world today,” the LP topped the iTunes Rock Chart upon its release.

“We risked being self-indulgent by writing in the studio,” Hawkins admitted during a conversation with UCR when the album came out. “But I think we’re quite good at editing ourselves. We did take all of the songs on the ultimate journey they could go on, and then the challenge was stripping it back afterward.”