The Knack Give in, Change ‘My Sharona’ to ‘Bye, Corona’ 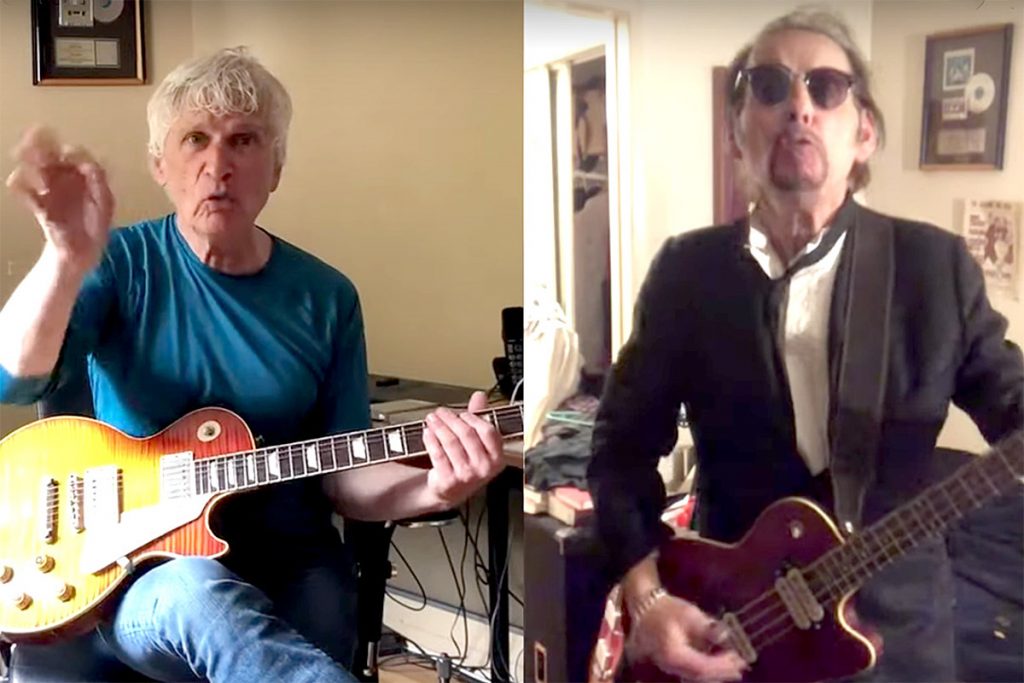 The Knack guitarist Bert Averre presented a new version of their hit “My Sharona” to address the coronavirus epidemic – after acknowledging that “Bye, Corona” had already been done multiple times.

The original song went to No. 1 in 1979, and with the title lyric having such an obvious similarity to “corona,” Averre admitted that he and fellow Knack guitarist Prescott Niles were late to the party with “Bye, Corona.”

“Some people have asked whether we were going to get around to doing our own Sharona/Corona parody song – because apparently there aren’t enough of them,” Averre said. “Sadly, our lead singer is no longer with us, and trust me, you don’t want to hear me croak it out. So I was thinking … a nice safe thing to do is show you our dogs.”

He claimed that the pets had rejected his idea of making a hand-washing video and instead suggested an instructional video on how to play the guitar solo in “My Sharona.” “And with any luck we’ll get Prescott Niles, my old partner in crime, here to join me at the end,” Averre added.

After the solo, the screen split to show Niles joining in for the final chorus, after a more serious message of solidarity during the pandemic scrolls across the screen.

Late Knack singer Doug Fieger wrote “My Sharona” about Sharona Alperin, a woman he met when he was 25 and she was 17. He was immediately lovestruck, and noted that she had inspired a period of intense songwriting, which included the song that featured her name and became the best-selling single of 1979.

Fieger and Alperin dated for some time before going their separate ways, but they remained friends until Fieger’s death from cancer in 2010.