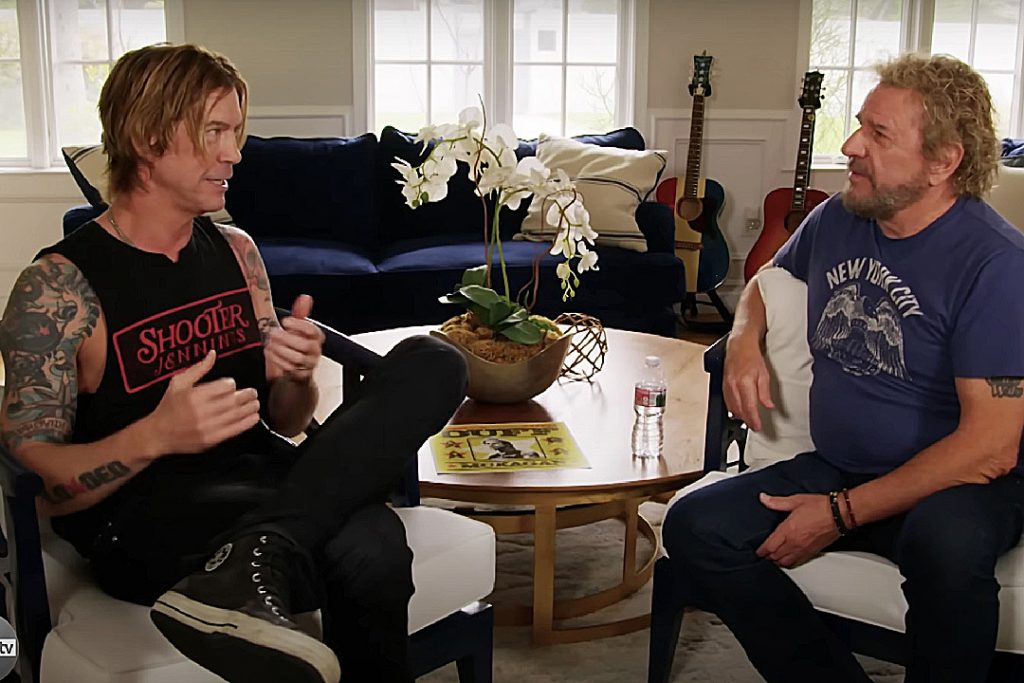 Guns N’ Roses bassist Duff McKagan discussed the moment when he chose to escape from drugs and fight back to health.

He was rushed to the hospital in May 1994, at the age of 30, after his pancreas burst as a result of his lifestyle choices. He’d accepted he was going to die – until his sick mom visited him and he made an instant decision.

In a newly-published clip from an episode of Sammy Hagar’s Rock & Roll Road Trip TV show, McKagan said he’d run away from his family after they’d tried to stage an intervention in the hope of getting him off drugs. “[M]y body was failing. My hair was falling out. I didn’t drink any water; I’d just drink alcohol,” he said. “I literally didn’t have a glass of water for 12 years, and I’m not kidding … I got to a point … where I just thought, ‘Well, I guess I’m just gonna get to about 30, and that’s gonna be it.’” When Hagar expressed horror at the thought, McKagan said: “But you’re okay with it – you’re in this state of mind; like, ‘That’s the way it is. Live fast, die young, fuck it.’”

He went on to recount how he’d woken up that May morning unable to move and barely able to breathe as his pancreas began to leak fluids into his other organs. “And my best friend, he said … I can clearly hear it to this day: ‘Oh shit, it finally happened.’ … So he got me to the emergency room. I just laid down on the floor, and they hit me up with morphine – and it didn’t do anything. And that’s when I knew I was in trouble, because I knew what morphine should be doing.” He remembered his doctor’s face had “gone white” after realizing how close to death his patient was. “They were gonna do surgery and I wanted them to kill me, because I couldn’t take the pain,” the bassist said.

What happened next initiated the big change. “My mom had Parkinson’s at this point, and I’m the youngest son. She comes in in a wheelchair; she’s crying, I got tubes coming out of me.”

He thought: “The order of things is wrong here, man – I should be taking care of her. I fucked up, and I’m sorry; I’m gonna make it better.’”

On finally being released from hospital, he was told: “We have a rehab for you to go to.” But he replied: “You don’t understand. I’m fucking done.” He added: “And my life changed 180 degrees from that moment.”