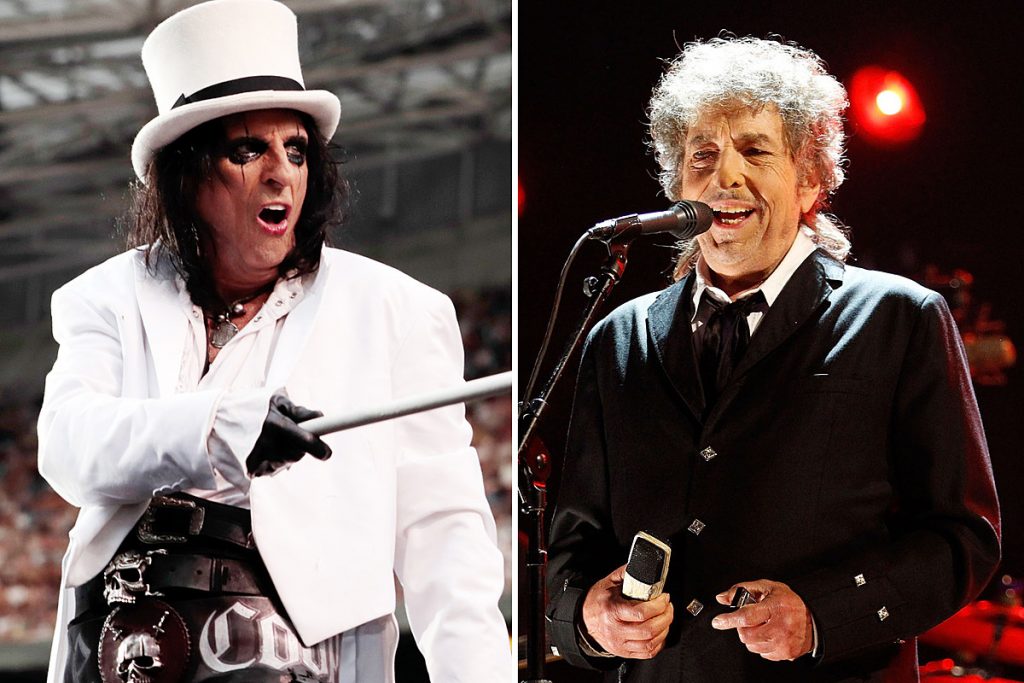 Alice Cooper revealed the question he’d most like to ask Bob Dylan if he ever managed to arrange an interview.

The shock-rock icon has been recording conversations for broadcast with other artists for years, but hasn’t been able to speak to his notoriously reclusive hero.

“Somebody told me that he doesn’t use a teleprompter,” Cooper told Forbes in a new interview. “That’s 400 songs, okay? Everybody in that band has to know every song because he does an audible [instruction] – he doesn’t just give them a set list. He’ll get done with a song and say, ‘Sad Eyed Lady of the Lowlands.’ And they have to know that. If he’s not using a teleprompter, it’s one of the most amazing memories of all time.”

Cooper noted that he “would ask him if he does use a teleprompter … because as a singer I would be lost without my teleprompter. And I know those songs. I still like to have it on. So I would ask him, ’Is it just whatever song you want to play right at that moment? It is just an audible?’”

The singer explained that he always tries to ensure that his interviews result in recordings that come across like private chats. “When you get two rock stars talking, they’re gonna go off in a million different directions,” Cooper said. “I think people would much rather feel like they’re voyeurs and they’re listening to a private conversation that they shouldn’t be listening to between two guys. I think that’s a more interesting interview.

“But if it is something where they’re really trying to sell something I’d say, ‘Okay, let’s get that out of the way so we can just riff from then on.’ And I think that makes it a more comfortable interview for everybody and a more unique interview, because you kind of feel like you’re getting away with something. You’re listening to Alice talk to this guy about this city and that person.”