The Rock History of the Number Nine 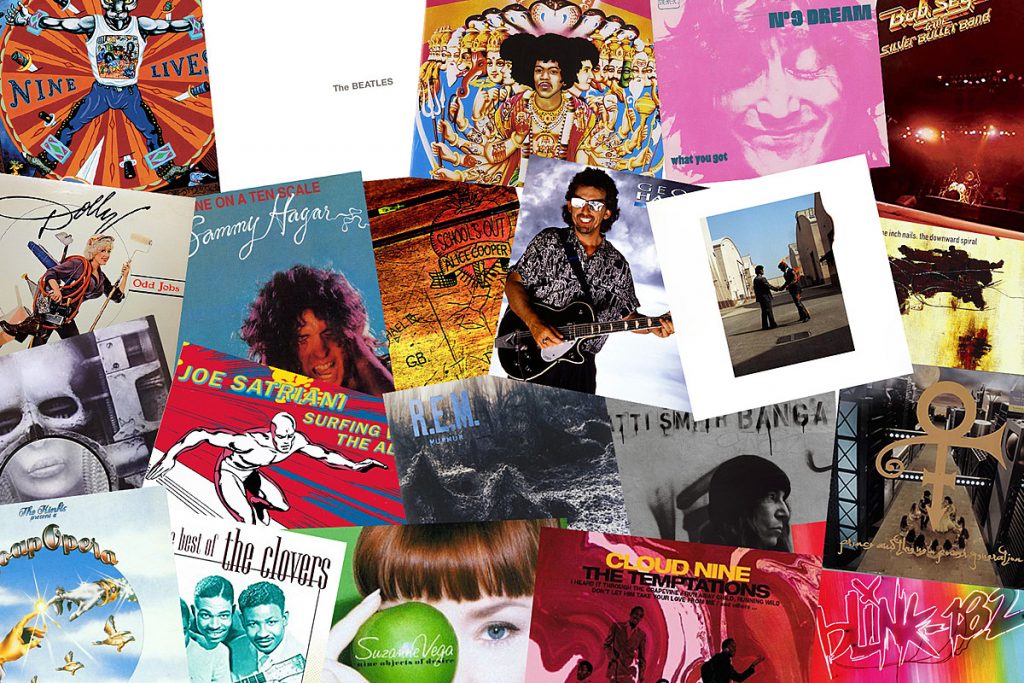 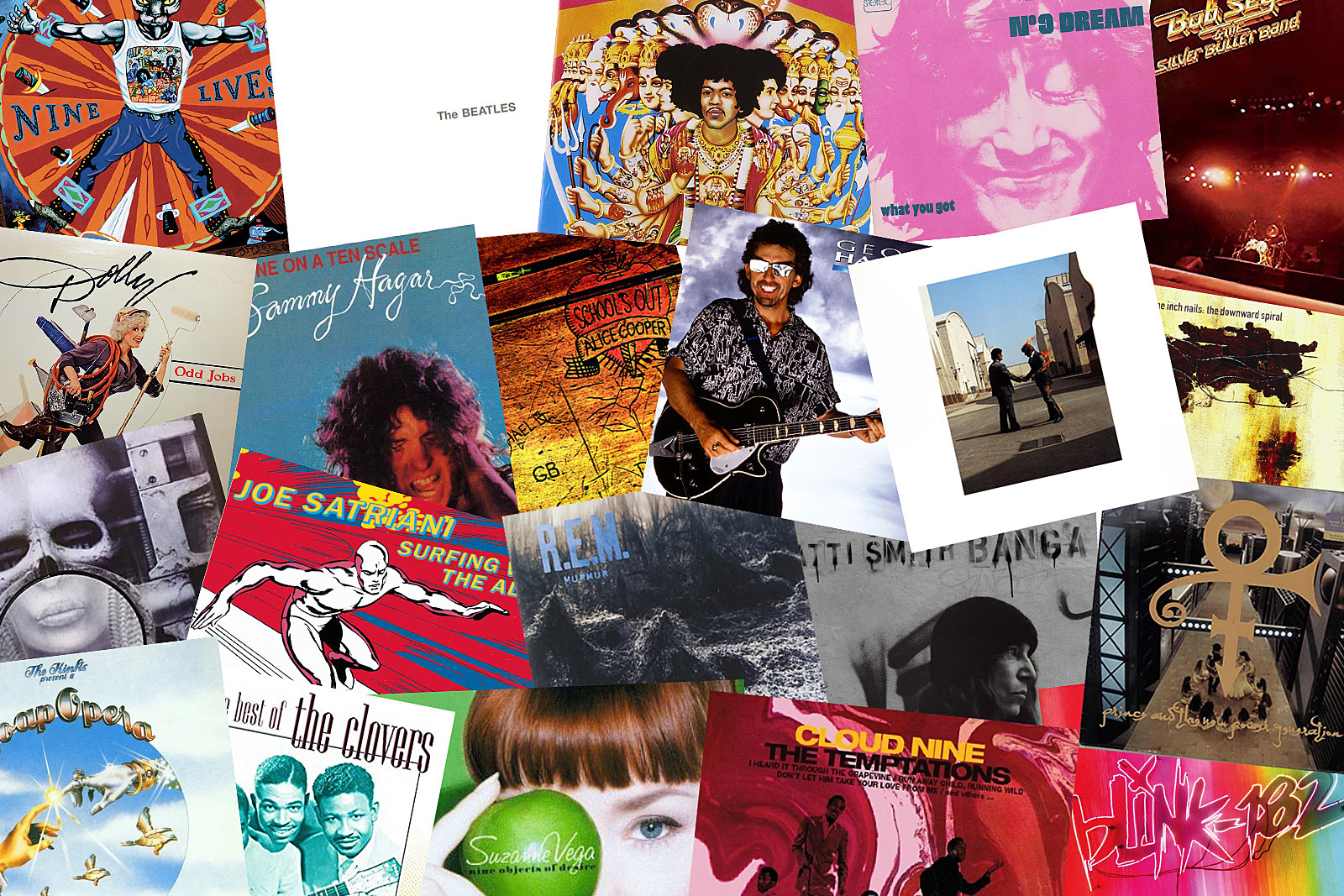 What better way to celebrate the ninth anniversary of UCR than with a deep dive into the rock history of number nine?

Over the years, there have been many examples of songs, albums and even a band that has used this number for inspiration, and you can read about them below. Variants of nine (19, 99, etc.) were excluded; let’s save those for a different anniversary.

The first piece of nine-related music that many naturally think of is “Revolution 9,” John Lennon‘s pioneering sound collage from the Beatles‘ White Album. He took moments of a lengthy studio outro jam of the group’s “Revolution 1” and placed sound effects – homemade and others found in EMI’s tape library – on top of it, including the enigmatic recitation of “number nine, number nine” that runs throughout the piece.

“Nine Lives” kicked off Aerosmith‘s album of the same name with some cat-like screeching from Steven Tyler. The song was also the opener for most of the shows on the tour of the same name, but has rarely been played since.

Lennon returned to the number nine for the second single from Walls and Bridges, while still in the midst of his Lost Weekend. Coincidentally, the song peaked at No. 9 on the Billboard Hot 100. This was Lennon’s last appearance in the Top 10 until 1980’s “(Just Like) Starting Over.”

Pink Floyd bookended Wish You Were Here with a nine-part suite called “Shine on You Crazy Diamond.” The closing movement made up the final 3:31 of the album, as Richard Wright‘s keyboards took a central role. Toward the end, he worked in a bit of “See Emily Play” by former member Syd Barrett, whose struggles with mental illness and the music business served as inspiration for this record.

“If 6 Was 9” was first released on Axis: Bold as Love, the second album by the Jimi Hendrix Experience. It was later used in a scene in the movie Easy Rider, as Peter Fonda, Dennis Hopper and Jack Nicholson ride through rural Louisiana before stopping off at a diner, where they get run out by locals.

Sammy Hagar began his solo career with Nine on a Ten Scale, after two albums fronting Montrose. He didn’t chart with his debut album – or its only single, “Flamingos Fly” – but Hagar found his commercial footing soon enough.

The rebellious teenager who populated many of Alice Cooper‘s hits also showed up on this School’s Out deep track. Cooper proudly compares himself to a “lifer in the state penitentiary,” after cheating on a math test and carving obscenities into a desk.

Bob Seger‘s “Nine Tonight” was originally released on the soundtrack to John Travolta-Debra Winger film Urban Cowboy, before finding another home a year later on the live record of the same name. Nine Tonight reached No. 3 on the Billboard album chart, as a cover of Otis Clay’s “Tryin’ to Live My Life Without You” gave Seger another Top 5 hit.

“Cloud Nine” kicked off George Harrison‘s record of the same name with guitar help from his old friend Eric Clapton. Cloud Nine was a welcome return for the former Beatle, who saw “Got My Mind Set on You” shoot to No. 1 and “When We Was Fab” reach the Top 40 after a five-year hiatus. This album also marked the start of his collaboration with Jeff Lynne, which later resulted in the Traveling Wilburys supergroup and then a partial reunion of his old band.

This 30-minute suite is broken down into three impressions, and makes up the second side of Emerson, Lake and Palmer‘s Brain Salad Surgery. The setting is in a futuristic dystopia, complete with a surreal carnival and war between humans and computers. Part two of the first impression, the one that begins “Welcome back, my friends, to the show that never ends,” became a classic-rock radio standard.

Nine Inch Nails was formed in 1988, with Trent Reznor as the lone constant member. They’ve been celebrated as one of the most important bands of their era, merging electronic and industrial sounds with pop melodies on the way to a spot in the Rock & Roll Hall of Fame‘s Class of 2020.

Released on the Kinks‘ concept record Soap Opera, “Nine to Five” finds the main character, a musician named Starmaker, going to the office of the man with whom he has traded places. Starmaker experiences the dullness of Norman’s daily routine, as he’s “caught in a mass of computerized trivia / Deciphering data for mechanical minds.”

“Ice 9” is the second cut on Joe Satriani‘s Surfing With the Alien. Although this was his sophomore release, the album served as the guitar wizard’s introduction to the public, and is Satriani’s best-selling studio effort to date.

Built off a propulsive Mike Mills bass line and a combination of power chords and arpeggios from guitarist Peter Buck, “9-9” is one of the more oblique tracks on R.E.M.‘s 1983 full-length debut. And that’s saying something on an album known for its murkiness and mumbled lyrics. Nevertheless, Murmur consistently places highly on lists of the greatest and most important records ever made.

Found on Banga, Patti Smith‘s “Nine” was penned as a birthday present for Johnny Depp, whom she met roughly five years prior at one of her concerts. “We just really hit it off,” Smith later said. “I lost my brother and really mourned him, and it felt like he sent Johnny Depp to be my new brother. We love the same books. We talk endlessly about French literature and Jack Kerouac and Dylan Thomas. We just have fun and a laugh, and he’s such a great musician.”

Dolly Parton wrote “9 to 5” for the film of the same name, in which she also starred. The anthem has become one of her most successful, topping the Hot 100, Country and Adult Contemporary charts in the U.S., while earning Parton an Academy Award nomination and two Grammys.

The breezy funk of Prince‘s “Love 2 the 9’s” was aided by a rap from New Power Generation member Tony M. There’s also dialogue with Mayte Garcia, whom Prince would eventually marry. “Love 2 the 9’s” was found on the Love Symbol Album, which Prince prominently featured the glyph to which he would change his name as part of a feud with Warner Bros.

Nearly a decade after breaking through with the folky “Luka,” Suzanne Vega released the jazzy, slinky Nine Objects of Desire. Its first single, “Caramel,” was also found in 1996 romantic comedy The Truth About Cats & Dogs.

“Cloud Nine” was the first single by the Temptations to feature Dennis Edwards, who replaced David Ruffin. The track ushered in the legendary Motown group’s “psychedelic soul” period, marked by hits like “Psychedelic Shack,” “Ball of Confusion (That’s What the World Is Today)” and “Papa Was a Rollin’ Stone.” They were all produced by Norman Whitfield, who co-wrote the songs with Barrett Strong.

Written by the Brill Building team of Jerry Lieber and Mike Stoller, “Riot in Cell Block #9” was first recorded by the Robins in 1954. Over the years it’s also been covered by the Beach Boys, Johnny Cash, the Grateful Dead and the Blues Brothers.

Lieber and Stoller composed another “nine” tune five years later. “Love Potion No. 9” deals with a young man who gets an elixir from a gypsy to cure his romantic woes, only to have it work too well. Originally a No. 23 hit for the Clovers, the Searchers took it to No. 3 in 1964.

Nine was actually Blink-182‘s eighth studio effort, but the band wanted to include a 1994 demo as part of their catalog. This marked Blink-182’s second record without founding guitarist Tom DeLonge, who left in 2015 to spend more time on other projects, including researching the existence of UFOs.