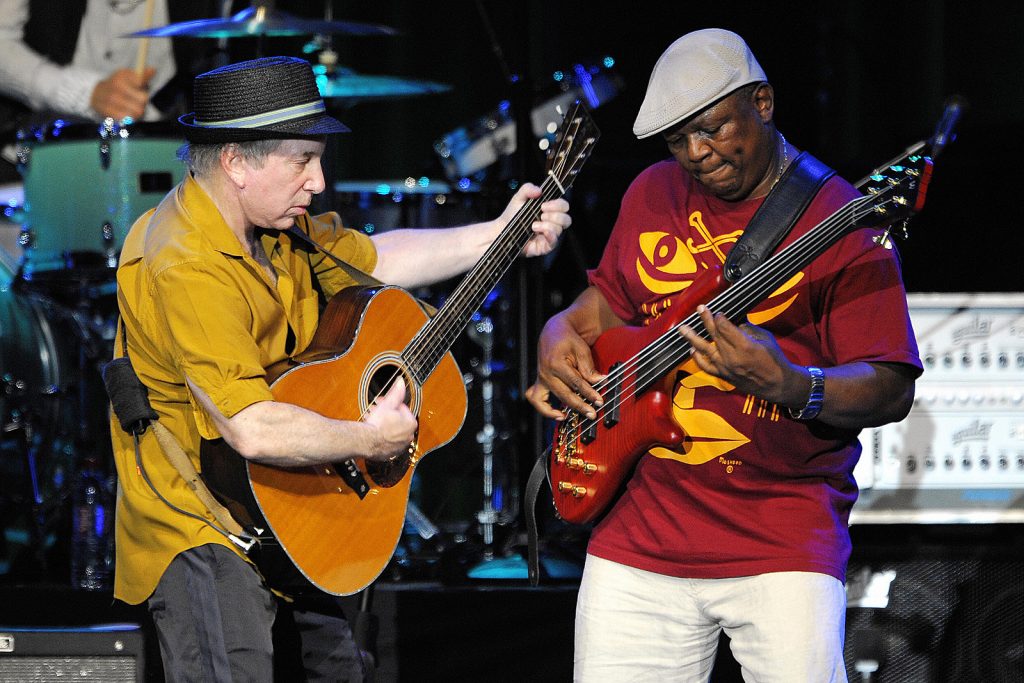 There are several segments to Paul Simon‘s “You Can Call Me Al,” the lead single from his lauded 1986 album, Graceland, and every one of them is a marvel. But the song’s intricate bass break stands out as perhaps its most fascinating moment.

For some time it was unknown just how exactly bass player Bakithi Kumalo, a Johannesburg native who had met Simon in South Africa in 1985 as he began the Graceland sessions, managed such an elaborate, top-speed riff — one that turned out to be almost physically unrepeatable.

“It was May 10 [1986], my birthday,” Kumalo recently recalled, noting that they recorded the song at New York’s the Hit Factory, where Simon had brought Kumalo and several other South African musicians to finish the sessions. “I didn’t know what was going to happen, but when we got to the breakdown then we stopped. And then I had to ask Paul … I said, ‘Paul, can I just play something? It’s my birthday today.'”

Simon agreed. “Paul certainly wasn’t going to tell those guys what to play,” engineer Roy Halee said. “The sessions had to take place within certain hours before the bus came to take them all away. Paul is a master organizer, he’s extremely smart and he was great at determining which section would be nice as a bridge or a chorus or an intro while striking up friendships with the group members with whom he could communicate.”

Using a fretless Washburn bass, Kumalo laid down the first half of the riff; the second half was created on the control board by running the first half backward. The reversible technique worked well for the studio version of the song, but Kumalo was then tasked with actually playing that riff. “I got so nervous, I got so scared,” Kumalo said. “So I called all the pedal people in the world, and I said, ‘Please, do you have anything that can make my bass backwards like that?’ And back then, it was not possible.”

You can watch Kumalo talk about his bass break on Facebook.

Kumalo attempted to use a variety of pedals, none of which resulted in the desire sound. “I tried it and I tried it, and I learn, I learn — I learn to come close to what I did on the record. And it worked.”

Watch Paul Simon’s ‘You Can Call Me Al’ Video

“You Can Call Me Al” wasn’t an immediate hit. But after Graceland began winning awards and fans all over the world, it managed to creep into the U.S. Top 25. It hit the Top 10 in other countries and has since become one of Simon’s most popular songs.

“It was a challenge, but I’m glad that they gave me this ‘Happy Birthday’ present,” said Kumalo, who went on to tour regularly with Simon. He’s also performed with Joan Baez, Tedeschi Trucks Band and Mickey Hart. “It’s there forever for the next generation to learn and then also go create. Don’t be scared to take chances.”

Paul Simon was always an uneasy folksinger, a role his record company tried to push him into starting with Simon & Garfunkel’s debut album.