The Show That Literally Took Kiss’ Breath Away 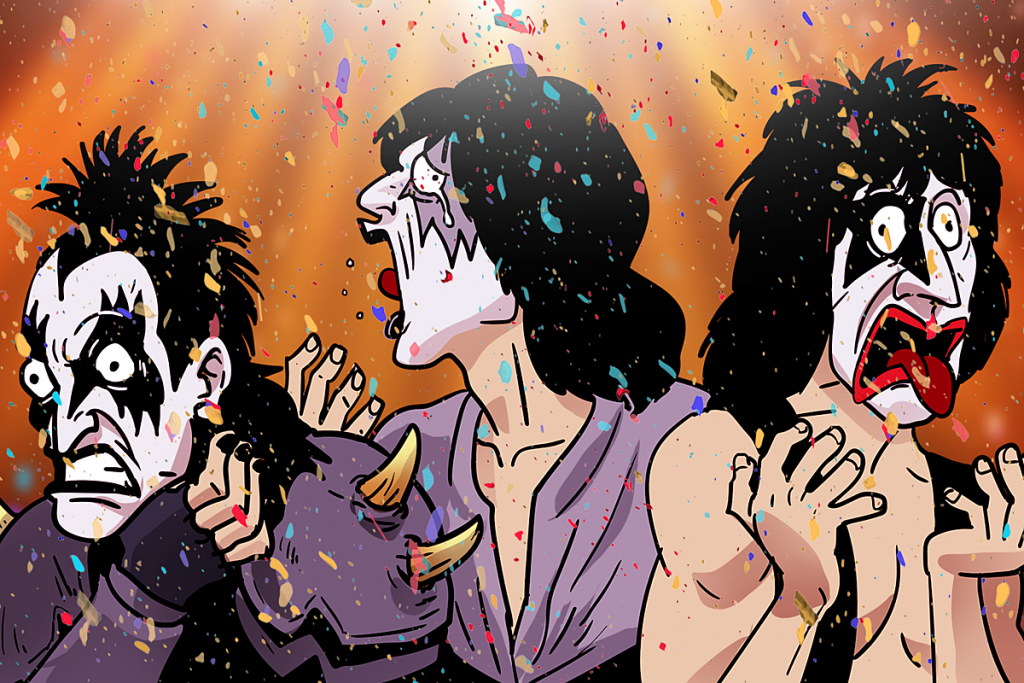 Kiss have staged hundreds of breathtaking shows over the decades, but one particular gig left the band itself literally gasping for air.

Guitarist Tommy Thayer detailed that performance during the ninth-annual Kiss Kruise, recounting how the combination of a tiny venue, an iconic song and too much confetti resulted in a Spinal Tap-styled mishap.

“One time we were in London about eight years ago, and we were doing this special club show,” Thayer recalled during a Q&A. “[The venue] probably held about 300 people. It was a small club, a promotional gig. We’re playing the show, and everything’s cool. It’s really small and really hot in there. It’s just jam-packed with people. We get toward the end of the set, and of course we play ‘Rock and Roll All Nite,’ and we have the confetti cannons in there — the confetti cannons we use on the big stage.

“There were about four, five, six of these things, and they start blowing the confetti,” he continued. “We’re playing ‘Rock and Roll All Nite,’ and about halfway through the thing, all the confetti is going off, and suddenly we all look at each other. … It’s like, you kinda couldn’t get your breath. It was starting to get kinda freaky. As the confetti cannons kept going, we ended up not being able to breathe. Suddenly we just had to run offstage, like, ‘What the hell is going on?’ These cannons, when they shoot confetti, it’s all done with CO2. So they’re blasting all this CO2 onto the stage, and therefore all the oxygen gets pushed out. It was the funniest thing, but it was the weirdest thing. There’s a stage door that goes outside at the back of the stage, so we all ran back there and dropped our instruments in the middle of the song. It was pretty bizarre.”

You can watch Thayer talk about the incident below.

Though the incident was frightening in real time, Thayer said it’s amusing “in retrospect.” Plus, he added, the band is accustomed to all the oxygen being “sucked out” of a room. “We’re used to Gene [Simmons doing that],” added drummer Eric Singer.

“It’s an expression we use,” Thayer explained at the Q&A. “When you’re with Gene and Paul [Stanley] and you’re doing interviews or whatever you’re doing, if you’re in the same room, we say, ‘There’s only so much air, only so much oxygen in this room.'”

Even tough it was all in good fun, one former member chose to abstain from the playful oxygen banter. “I’m staying out of that one,” said Bruce Kulick.