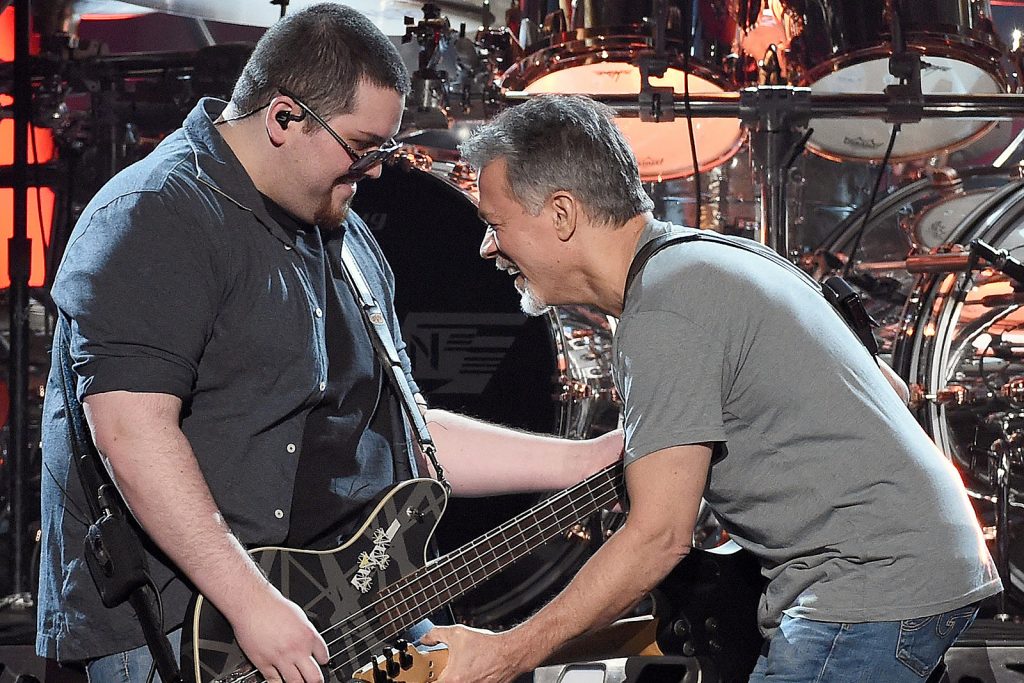 From the earliest moments when Wolfgang Van Halen began working on his solo album, Eddie Van Halen was intimately involved — as a music fan — eventually identifying “Think it Over” as one of his favorite songs.

Calling it a “straight up pop song” during a conversation with Rolling Stone, Wolfgang noted that his father “loved the energy of the song. It made him happy.”

The legend praised Wolfgang’s guitar work on the solo in particular. “He always called the solo my George Harrison solo,” the younger Van Halen told Guitar World. “Nothing ﬂashy but perfect for the melody supporting the song.”

Eddie was an ardent supporter of his son’s music and wasn’t afraid to voice his opinion. “‘Think It Over’ was my dad’s favorite,” Wolfgang confirms to UCR. “But Dad also really, really loved ‘Epiphany.’”

The elder Van Halen heard every second of music that his son put to tape. “He was the only other person – other than me – to have all the ideas and everything on his phone,” Wolfgang admitted to SongFacts. “He had what would be the album, and then he had about 10 more other ideas that are pretty fleshed out but hit the cutting room floor during the recording process”

Wolfgang had a kid-in-a-candy-store level of access to his father’s gear, but what he did with it left his dad with a sense of wonder. “I don’t know how he got those Marshalls to sound that way,” Eddie said, when discussing Wolfgang’s recording progress for the eventual album during a 2015 interview. “I couldn’t get the sound out of them that he did! I guess there’s a benefit to playing both bass and guitar, as his fingers are so damn strong.”

As the former Van Halen bassist worked to flesh out the sound of Mammoth WVH instrumentally, there were “intentional aspects” that he focused on, to capture what he was hearing in his head. “[I wasn’t] just straight up [using] 5150 [amps] and Wolfgang [guitars] and trying to sound like Dad,” he says, talking with UCR about the album sessions. “Granted, that stuff is there, but I leaned more on these modded Marshall Superlead [amps] that I have and more of a hollow body sort of sound.”

“I think if I thought too hard on it, the guitar playing aspect was a little daunting,” the rocker admits. “But at a certain point, I just kind of stopped caring and just did what I felt was right and had a good time doing it.”

Turning the tables, when asked to choose his favorite Van Halen song, Wolfgang told SongFacts, “I look at the [Sammy] Hagar era and the [David Lee] Roth era as two sides of the same coin, but I think they should be equally viewed and appreciated.” Drilling down, “I think ‘Dreams’ from the Hagar era, that’s one of the best things my father ever wrote,” he opined. “And for the Roth era, ‘Unchained’ is pretty fuckin’ awesome.”