The Story Behind Every Song 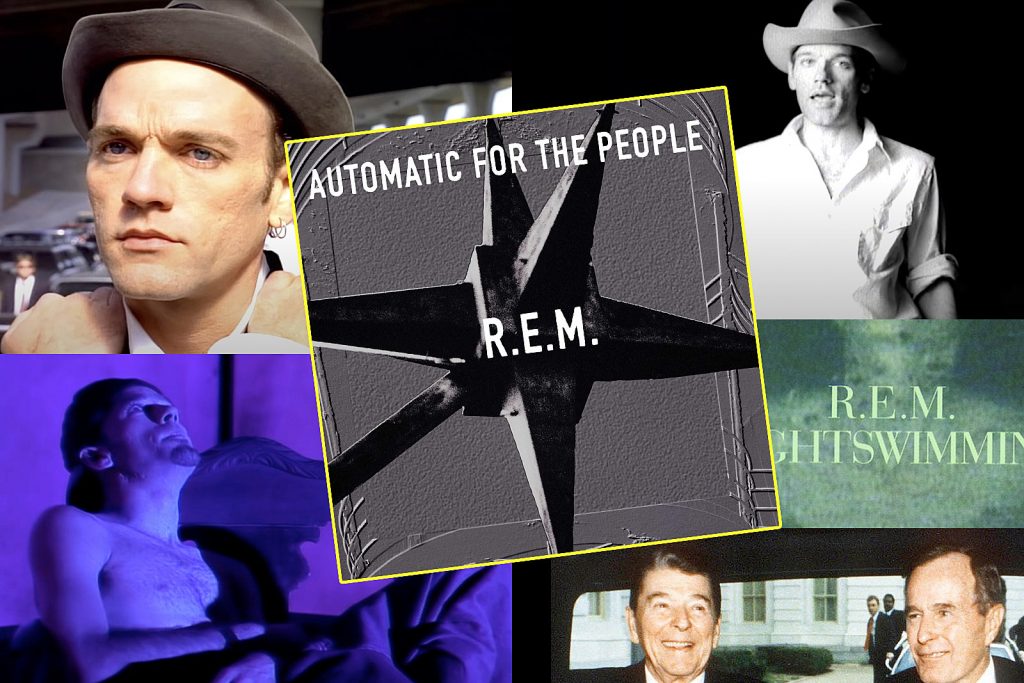 R.E.M. had become rock royalty by the dawn of the ’90s, and they kept their hot streak going with their eighth album, Automatic for the People. The LP peaked at No. 2 on the Billboard 200, was certified four-times platinum by the RIAA and received near-universal acclaim upon its release on Oct. 5, 1992.

After the acoustic guitars, mandolins and organs found on 1991’s Out of Time, R.E.M. had hoped to make a full-fledged rock album, with the intention of mounting an arena tour that they avoided on their precious effort. But as the musical core of Peter Buck, Mike Mills and Bill Berry began creating demos, they realized that the best of the new material wasn’t suited for electric guitars and heavy drums. If anything, these songs were even quieter and more contemplative than their predecessors.

Per their standard creative process, they gave the tapes to singer Michael Stipe, who penned some of his most emotional and evocative lyrics ever. They matched the music, with themes of loss and mortality being the most prevalent. But there was still room for a moment of levity and a rant that kissed the Reagan-Bush era goodbye.

We’re celebrating Automatic for the People by bringing you the stories behind all of its 12 songs. You’ll find links to all those articles below.

Read About Every Song on R.E.M.’s ‘Automatic for the People’

How ‘Drive’ Set the Tone for R.E.M.’s Stark Opus

How R.E.M. Explored Life’s End With ‘Try Not to Breathe’

Michael Stipe Goes ‘Out There’ for R.E.M.’s ‘The Sidewinder Sleeps Tonite’

R.E.M. Shows Some Soul on ‘Everybody Hurts’

R.E.M. Gets Kind of Blue on ‘New Orleans Instrumental No. 1’

‘Monty Got a Raw Deal’ Takes R.E.M. Down and Out in Beverly Hills

R.E.M. Wrestles With Writer’s Block on ‘Man on the Moon’

R.E.M. ‘Find the River’ and Discover a Sweet Release