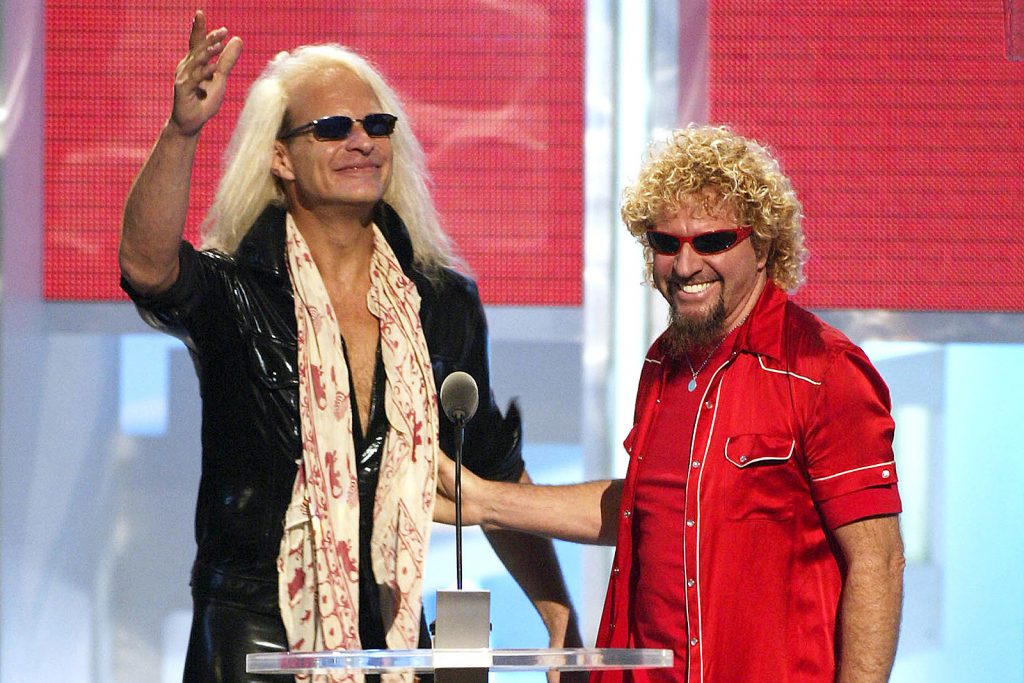 Sammy Hagar revealed details of the backstage wall that was built to keep him and David Lee Roth apart during their 2002 Sam and Dave tour.

He said relations between the Van Halen singers had sunk so low that the only way to stay on the road was to avoid each other. Despite that, he continued to invite Roth to join him when it was his turn to perform.

“That tour was successful,” Hagar told Rolling Stone in a recent interview. “The idea was to get Van Halen’s attention and get us both back in the band. … A reunion tour with both of us would have been the biggest thing Van Halen ever did. But it didn’t work out that way because Dave doesn’t play well with others. He just made a mess out of it.”

He added, “It could have ended with us both standing there with our arms in the air going, ‘Hey, good job, buddy. Let’s go talk to the brothers.’ That was my intention, and it didn’t happen. Instead, I got a reunion out of it. It wasn’t my favorite reunion, but that’s what happened.”

Asked about the backstage barricade, he explained, “I think that’s production managers and tour managers getting in the middle of our bullshit. They made the wall since we nearly got into fisticuffs one night. The promoters were like ‘Oh, we gotta keep these guys apart. This tour’s doing too good. We don’t want to see it break up because there’s some lawsuit.’”

He reported the wall was “so thin,” constructed from lengths of plywood. “If you really wanted to get to somebody, you could just kick it down,” he said. “I used to knock on the plywood to yell at David when I was getting ready to go onstage because we flip-flopped: He would open one night, I’d open the next. And when he had already played, I’d be beating on the thing and I would say, ‘Dave, I’m going on. Come on up in about an hour and we’ll play a couple tunes together.’ He wouldn’t even respond.”