The Wild Stories Behind All Six Covers 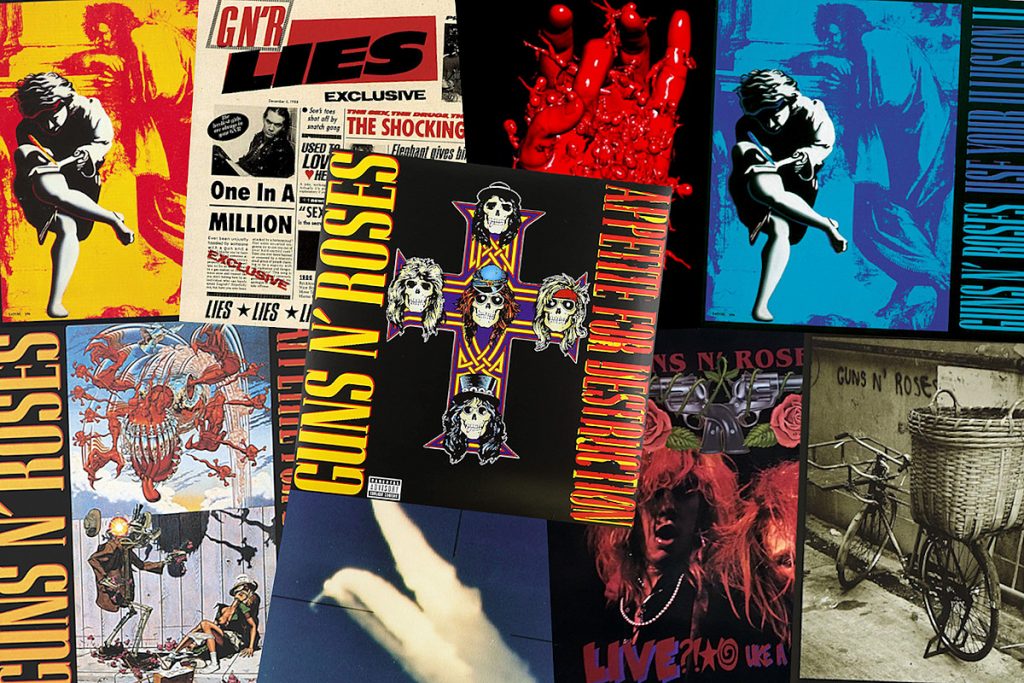 From the moment Guns N’ Roses emerged from the Sunset Strip, the band was labeled as wild, controversial and, above all else, dangerous. This carried through everything they did and was especially prevalent in their LP artwork.

GNR often searched for controversial images to accompany their brand of brash, aggressive rock. As such, many of the group’s cover-art choices were rejected – either by its record label, which refused to put them out, or by a vocally conservative public that demanded more “family-friendly” images.

The battle over cover art began with the group’s debut LP, Appetite for Destruction. After considering an even more controversial option, the band opted to go with a graphic cartoon. The decision ruffled many feathers but played perfectly into GNR’s hands.

“[Label head] David Geffen gave me a long lecture about the wrong cover,” Axl Rose recalled during an interview with MTV. “But all that was kinda planned to sell records. You know, first cover gets banned, we go with the second.”

Even as GNR’s lineup went through changes, Rose remained heavily involved in the album-cover decision making. Still, he’s not the only band member with an artistic eye. Guitarist Slash has also contributed to the group’s artwork.

“I designed the first Guns N’ Roses logo, all of our flyers – and my tattoos,” he recalled in a conversation with German magazine Zeit. “Most of it used to be made out of necessity: It served my musical career. Now, I only draw when I feel like scribbling a little.”

Below are the stories behind some of Guns N’ Roses’ approved – and rejected – album covers.