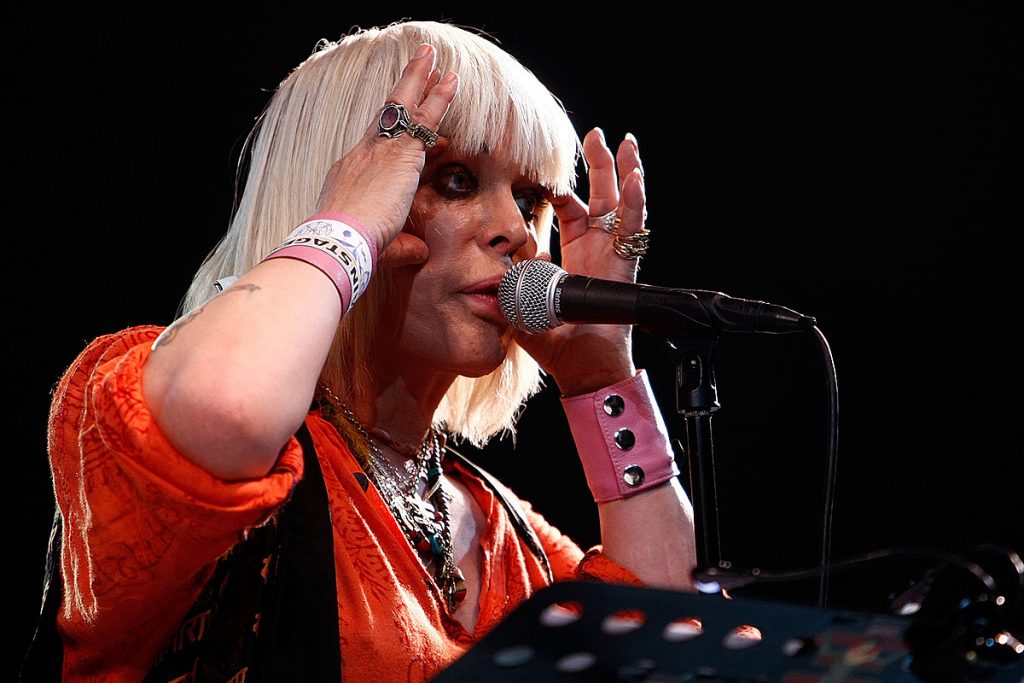 Genesis P-Orridge, best known as co-founder of industrial pioneers Throbbing Gristle, died on Mar. 40 at the age of 70 after a cancer battle, family members confirmed.

Born Neil Andrew Megson, P-Orridge later identified as a third gender person and preferred the pronoun “s/he.” Finding an early interest in avant garde and the occult, s/he became active in underground movements in the ‘70s, and, through work with Throbbing Gristle,  COUM Transmissions, Cosey Fanny Tutti, Pyschic TV and solo projects, s/he developed a reputation for exploratory and confrontational art.

As a result of involvement in the occult Temple ov Psychick Youth, P-Orridge was accused of child abuse in 1992. An investigation cleared h/er but the experience led h/er to leave her native U.K. and move to New York City, where s/he married Jacqueline Breyer. The couple pursued body modification techniques to physically resemble each other – which P-Orridge continued after Breyer’s death in 2007. After announcing h/er retirement from band work to focus on other art forms, s/he returned to Psychic TV for extensive touring in 2016, before retiring once again after a final performance in 2018. P-Orridge had been accused of physical and sexual abuse by former partner Tutti, all of which s/he rejected.

H/er daughters, Genesse and Caresse, confirmed h/er passing in a social media statement, saying: “It is with very heavy hearts that we announced thee passing of our beloved father, Genesis Breyer P-Orridge. S/he had been battling leukemia for two and a half years and dropped h/er body early this morning… S/he will be laid to rest with h/er other half, Jacqueline ‘Lady Jaye’ Breyer, who left us in 2007, where they will be reunited. Thank you for your love and support and for respecting our privacy as we are grieving.”

In 2019 book No Encore!: Musicians Reveal Their Weirdest, Wildest, Most Embarrassing Gigs by Drew Fortune, P-Orridge reflected on the later part of h/er life, saying: “There was a point when I stopped learning anything with drugs, and I put them down. I’ve got leukemia now, and I’m fighting to stay alive. The last thing on my mind is tripping. I get tired very easily now, which is normal with leukemia. My kidneys completely failed a few months back, which was really scary. I was in the ICU, and they stuck a tube into my jugular vein, which went into a dialysis machine. I just had to lie there, with this thing sucking my blood out, cleaning it, and putting it back. I was incredibly close to death, and I’m only 68.”

S’he added: “What’s important to me now is getting as much done before I’m not here. I do what I do, whether or not the outside world gets it. People trust me to be honest, and that will always warm my heart.”