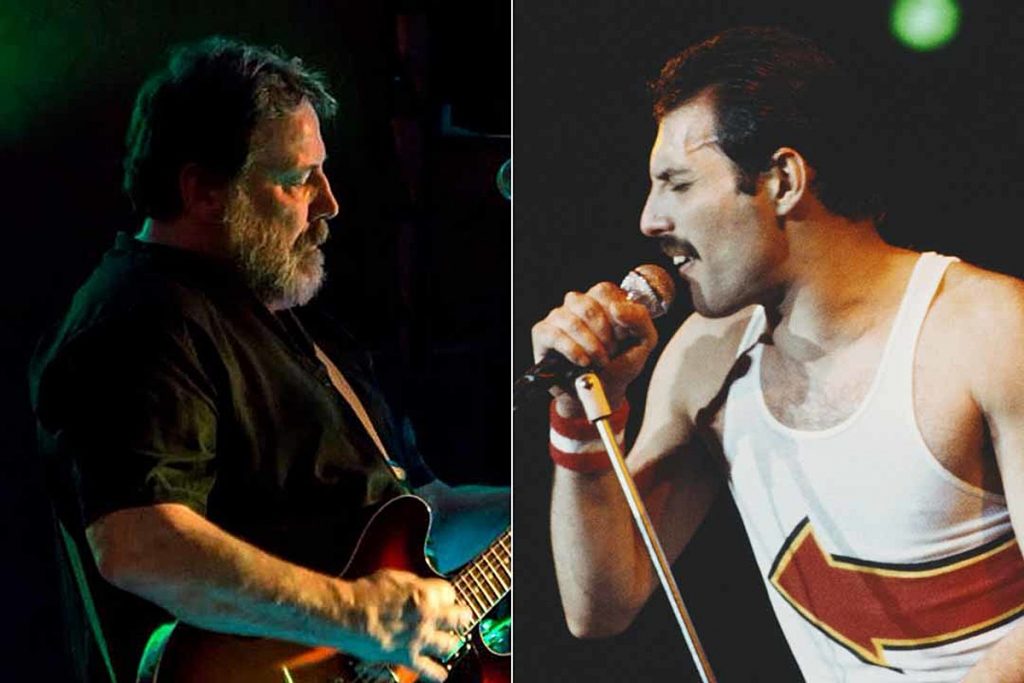 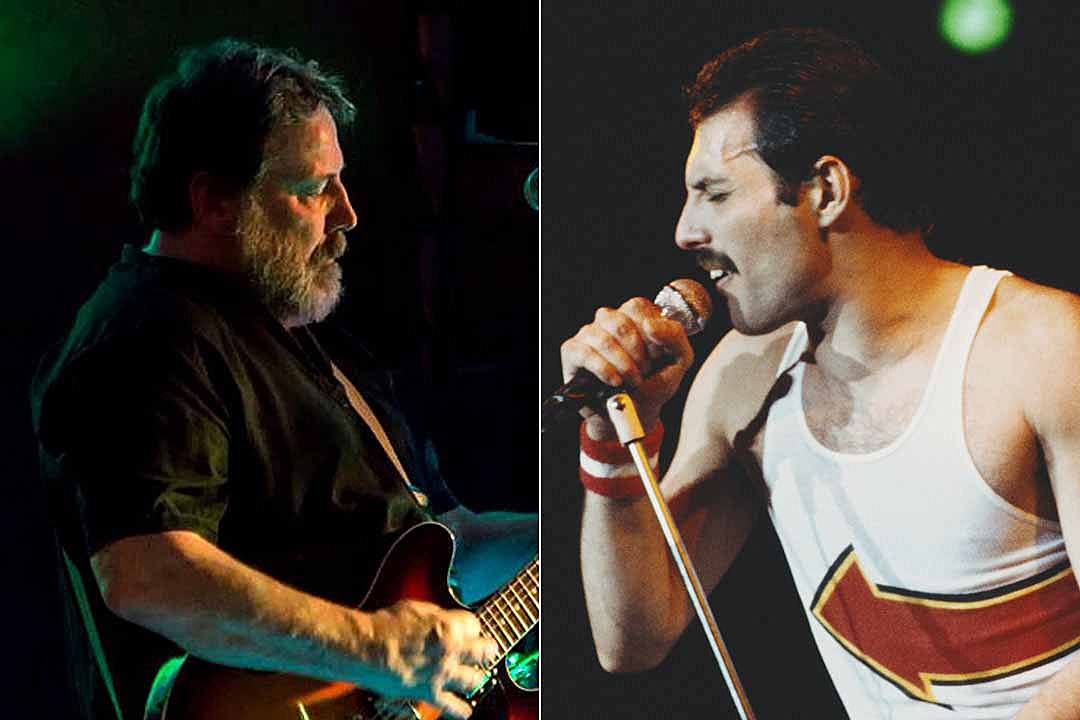 The spring of 1970 breakup of a little-known British power trio called Smile paved the way for the formation of Queen.

Smile’s singer and bassist Tim Staffell, decided to pursue a new musical direction, leaving the other two members – guitarist Brian May and drummer Roger Taylor – to look for a new frontman. They found one in a friend of theirs, Farrokh Bulsara, who would become the legendary Freddie Mercury. Almost a year later, the band, which was named Queen, solidified their lineup with the arrival of bassist John Deacon.

“When I left,” Staffell tells UCR, “I felt I’ve taken that style of music as far as it could go for me personally. So when I decided to call it a day with Smile, Freddie was there ready to step in.”

Decades after being out of the music business, Staffell resumed recording and so far has made two solo albums, 2005’s aMIGO and 2018’s Two Late. Staffell’s profile heightened in 2018 thanks to the film Bohemian Rhapsody, in which he was portrayed by actor Jack Roth. Today the former Smile member is continuing to make and perform music.

“It empowered me to develop a mature confidence,” Staffell says. “Up to that point, I was just a regular working guy. I never stopped playing, never stopped writing. But most of the time I was holding down a job. And I retired in 2014, and since then slowly I’ve been writing more material and doing gigs. And when Bohemian Rhapsody kicked off in 2018, it was like a swift injection and so much more became possible.”

How Smile came to be in 1968 goes back to the boyhood friendship between Staffell and May, both of whom had been in a previous group called 1984. “We were school friends,” Staffell recalls. “He [Brian] was a year above me. We had a mutual interest in the music scene at the time. It was kind of a natural process. There were two school bands at that particular time. There was 1984 and another school band called the Others.

“After we left school and went our separate ways: Brian went to Imperial College to study astronomy, I went on to Ealing Art College to do graphic design. But we stayed as musical colleagues, and that’s when we auditioned Roger Taylor as a drummer. Roger came along, and Smile was born.”

At Ealing, Staffell became friends with fellow student and aspiring musician Bulsara, who became one of Smile’s biggest fans. “He was always telling us that he was going to be [a star],” Staffell says. “It’s an abject lesson in confidence, and it’s a kind of confidence that I really didn’t possess. If you don’t have that confidence, the chances are you can’t perform as well as Freddie did.”

Impressively, the emerging Smile scored a deal with Mercury Records and recorded such songs as “Earth,” “Doin’ Alright” “Step on Me” and “April Lady.” Those recordings have never been properly released to this day. “I wondered after the feature of Smile as a little cameo in the movie,” says Staffell, “I did think to myself, ‘Surely now is the time to remaster or even digitally master and remix those tracks and put them out on a CD or album?’ I’m not in constant contact with [Queen’s] management or production people. I’ve heard nothing about it. It would be wise for my pension.” (laughs).

During their brief lifetime, Smile played frequently at May’s stomping ground at Imperial College, at one point sharing a bill with Pink Floyd. In 1969, Smile was one of the performers at a benefit show for the National Council for the Unmarried Mother and Her Child at London’s Royal Albert Hall–the lineup included other acts such as Free and Joe Cocker. Meanwhile Staffell attended friend Mercury’s gigs while Mercury reciprocated by showing up at Smile’s shows.

“Freddie and I were constant companions,” says Staffell. “It was the ‘60s. There was this musical revolution in London at the time. I had a bursary to go to college, and when I got to the college, I immediately blew all my bursary on a bass guitar and bass amplifier. You might call it academically irresponsible. Freddie was the same. We were at college because we had to be, but we just wanted to become musicians.”

Smile never really made it to the big time. By 1970, Staffell decided to leave the band and join the group Humpy Bong with former Bee Gees drummer Colin Petersen. “I’ve always been a passive musician,” he says. “I know I was a singer, which is a bit of a contradiction, but I’ve always been a more passive individual as far as musical activity is concerned. I was more interested in a musical situation where improvisation was possible. What they [May and Taylor] were doing was composing rock songs and playing them with clarity and the ability to repeat them. I was getting into jazz and blues.”

He also says: “I guess it’s a shame that [Smile] never continued. We certainly wouldn’t have ever scaled the same heights that Queen did, because it needed Freddie to empower the rest of the band to grant everybody that status. I’m not bitter.”

Still, Staffell would become forever linked to Queen: the Smile song “Doin’ Alright,” which he co-wrote with May, ended up on Queen’s 1973 self-titled debut album.

Following a long hiatus from recording, during which he worked as a model maker and animator (among his notable works included the children’s TV program Thomas the Tank Engine), Staffell re-emerged with his first solo album, aMIGO, in 2005; it featured a guest appearance by May on covers of the Smile songs “Earth” and “Doin’ Alright.” Thirteen years later, he released another record titled Two Late. With influences drawing from funk, jazz, R&B and Latin, Staffell’s solo work is a departure from the British progressive rock music he once made with Smile.

“I have [Canadian producer and former band mate] Richard Lightman to thank for that,” Staffell says about recording again. “I had been in constant contact with him again. We’ve done the old scratch gig here and there over the years. I remember around 2002, I said, ‘Look I’ve got all these songs, some of them date back 30 years, and I got enough songs for an album. Do you fancy producing an album?’ And he said to me, ‘Yeah. This is the album I’ve always wanted to produce.’ His encouragement was paramount to even getting it done. My eldest son Andrew has been my drummer all along on those solo albums and his encouragement as well has been very significant.”

Staffell has remained friends with former bandmates May and Taylor over the years. Then May reached out to Staffell by phone for a project that involved the re-recording of Smile’s “Doin’ Alright for the Bohemian Rhapsody movie. “[He] said the opening scenes of the movie features Smile with Freddie going out to this club to see the band,” says Staffell. “They used some of the Queen version and some of the original Smile version, and they had Jack Roth, who was playing me in the movie, to sing. But they felt the overall effect was a little too closer to Queen. So Brian asked me if I would like to come down and sing it again, because I know what they were trying to do.

The former Smile members regrouped at Abbey Road Studios in London. “They were trying to get a rougher sound,” says Staffell, “a much rawer sound more akin to what Smile was like–because Queen had become very refined, and Smile was kind of a raw band. So that’s why they had me sing it. When I was in the studio, they had me play bass on it, so I overdubbed the bass. The end result is it’s a little bit more visceral, and a little more authentic. I guess that’s why they asked me to do it.”

Most recently, Staffell has been actively recording new material as well as playing music with his band both in his native U.K. as well as in parts of Europe. “It’s a strange thing that my two previous albums, aMIGO and Two Late were very much studio songwriter albums, and I do have another album like that in the pipeline. But before I get around to doing that, I’m now doing an album at the moment which is much more based on live work. I’m running a small band around West London and Western Europe. The music is more accessible to a local audience, whereas my solo albums are strictly songwriting. So far, nobody has recorded any of my material except Queen. That’s because they’re a catchier band. I’ve always dreamed of someone who would cover one of my songs. At the end of the year I will have recorded three albums of solo material that hopefully someone will pick up somewhere and do a cover.”