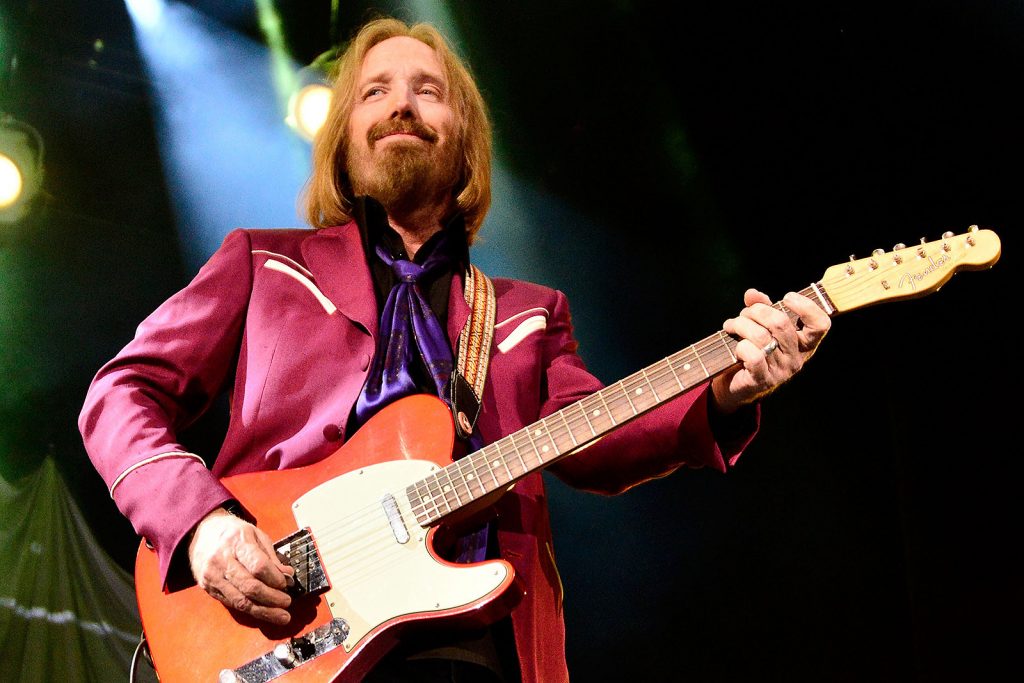 Tom Petty once proclaimed that if “you never slow down, you never grow old.” He did very little of that in the final years of his life.

In fact, he died just a week after the Heartbreakers wrapped up an extensive 40th anniversary tour on Sept. 25, 2017 at the Hollywood Bowl in Los Angeles. Petty was found at his home on Oct. 2, unconscious and in cardiac arrest. Premature reports of his death followed before Petty finally succumbed a few hours later at a hospital in Santa Monica, a few weeks shy of his 67th birthday.

A Los Angeles County Medical Examiner report confirmed that Petty died after suffering “multi-system organ failure due to resuscitated cardiopulmonary arrest due to mixed drug toxicity.” A combination of sedatives, antidepressants, oxycodone and fentanyl, among other things, had led to an “accidental overdose” not unlike Prince‘s death in 2016.

Petty’s widow, Dana, and his daughters confirmed in a statement at the time that he’d been prescribed these medications for various health issues, including a fractured hip. According to Dana, Petty insisted on pushing through the 40th anniversary tour in spite of his ailments. “He’d had it in mind it was his last tour and he owed it to his long-time crew, from decades some of them, and his fans,” she told Billboard in 2018.

But Petty didn’t mention retiring in an interview conducted just prior to his death. He simply said that any future tours would likely be less grueling. “I don’t know that we can end it. It’s bigger than us,” Petty told Rolling Stone. “I mean, it really is something that drives us, in a way. And yes, we’re in the back 60s now. We’ll probably, certainly cut back on doing this kind of tour, but to stop playing is unimaginable to me.”

In other words, Petty had no plans to slow down anytime soon.

An outpouring of grief followed Petty’s death, as well as various musical tributes. Petty’s sudden death surprised his Heartbreakers bandmates, who put out a statement in November 2017 noting that the support of the fans had been tremendously helpful to them as they grieved.

“You have been a great source of comfort,” keyboardist Benmont Tench said. “This band, and the extended family Tom gathered around him, is a strong and loving group of people, and we’re all very tight, and all leaning on each other. Love will certainly see us all through this.”

Despite the fact that Petty did some pre-planning, a complicated situation regarding his estate eventually arose between his widow and two daughters from a previous marriage. Dana had been named as the sole trustee, while his daughters were granted “equal participation” in decisions. The exact parameters for what that term meant, however, were not made clear.

Several legal battles transpired between the two parties, including a $5 million lawsuit filed by Petty’s daughters, Adria and Annakim, against their stepmother. “Dana will not allow destructive nonsense like this to distract her from protecting her husband’s legacy,” her lawyer said in a statement.

A settlement agreement wasn’t ultimately reached until 2019. In the meantime, explorations of Petty’s archives began to reveal buried treasures, to borrow the title of Petty’s SiriusXM radio program.

American Treasure arrived in 2018, with the help of Petty’s family, his former bandmates and producer/engineer Ryan Ulyate. An impressive compilation box featuring rare and unreleased songs, the set was comprised mostly of Heartbreakers material, with some solo work, as well as songs recorded by Petty’s first band, Mudcrutch.

The Best of Everything, a smaller collection of material, followed in 2019 with the particularly poignant “For Real.” Petty got autobiographical in this previously unreleased track, delving into his own career: “Would have done it for free / I did it for me / ’Cuz it was all that rang true / I did it for real / And I did it for you.”

Listen to Tom Petty’s ‘For Real’

Petty had long teased the idea of expanding Wildflowers, the acclaimed 1994 solo project that he’d originally envisioned as a double album. He hoped to mount an accompanying tour, as well. “I would like to go out there and perform the entire album as it was originally conceived with all of the songs,” Petty said in 2016.

Wildflowers & All the Rest finally arrived in October 2020, with scrapped songs, early demos and live recordings. This expanded set was paired with an accompanying film, Somewhere You Feel Free: The Making of Wildflowers. The Mary Wharton-directed documentary featured never-before-seen footage from the Wildflowers sessions, along with new interviews with original producer Rick Rubin and other members of the Heartbreakers.

An elaborate posthumous 70th birthday party was also thrown for Petty in 2020. Held virtually because of the pandemic, the event included an array of musicians – some of whom had worked with Petty personally, and others who have appreciated his music from afar

There was more to come. Angel Dream (Songs and Music From the Motion Picture She’s the One) arrived in 2021 as part of Record Store Day, with even more material recorded during the Wildflowers era.

Another capstone of Petty’s career is being revisited next: His famed stint at the Fillmore in 1997, which featured a menagerie of cover songs and guest performers. This 20-night run, widely regarded as one of Petty’s most impressive live offerings, gets its own box-set treatment with November 2022’s Tom Petty and the Heartbreakers Live at the Fillmore, 1997. “It was one of the greatest parts of our career,” guitarist Mike Campbell told UCR in 2022. “We were free to not have to play the hits every night.”

The rest of the Heartbreakers found the idea of coming off the road just as unimaginable as Petty did. All six members of the group performed live in some capacity during the years immediately following his death.

Listen to Mike Campbell and the Dirty Knobs’ ‘Wreckless Abandon’

Campbell launched a new band called the Dirty Knobs, featuring a group of musicians he’d started playing with casually when not on the road with the Heartbreakers. They’ve released two albums, 2020’s Wreckless Abandon and 2022’s External Combustion. Stepping into the role of frontman has offered a new challenge to Campbell, and he’s actually enjoyed starting over with an unknown group.

“We’d play these relatively small places and we wouldn’t have any hits,” he told UCR. “We’d try to win them over in the moment. Here’s a song that you’ve never heard before, but hopefully we’ll do it good enough that you’ll go along with us. This band is very spontaneous.”

Tench has played various solo shows, and got on the road in 2022 with another figure from the Heartbreakers’ history, Stevie Nicks. Tench has also kept busy with studio work, contributing to Margo Price’s That’s How Rumors Get Started, Chris Stapleton‘s Starting Over, Bob Dylan‘s Rough and Rowdy Ways, the Who‘s Who LP, and two Ringo Starr recordings, What’s My Name and Zoom In.

Steve Ferrone continued to work as a session drummer, and was seen out in 2022 with John Mayer. Both Ron Blair and Scott Thurston have taken the stage occasionally, as well: Thurston notably appeared with Eddie Vedder in 2018 for a Ohana Fest performance of “Wildflowers.” Even drummer Stan Lynch, who left the Heartbreakers in 1994, came back into the picture for a moment when he sat in on drums for several Dirty Knobs concerts in 2022. He also has a new band of his own, the Speaker Wars.

The last five years haven’t always been easy for Petty’s family and the surviving members of the Heartbreakers, but in revisiting Petty’s archives and collaborating with friends, they’ve found new ways to honor his legacy through art and song. As Campbell put it in 2022: “That’s where the fun is.”

The Importance of Tom Petty’s ‘Wildflowers’