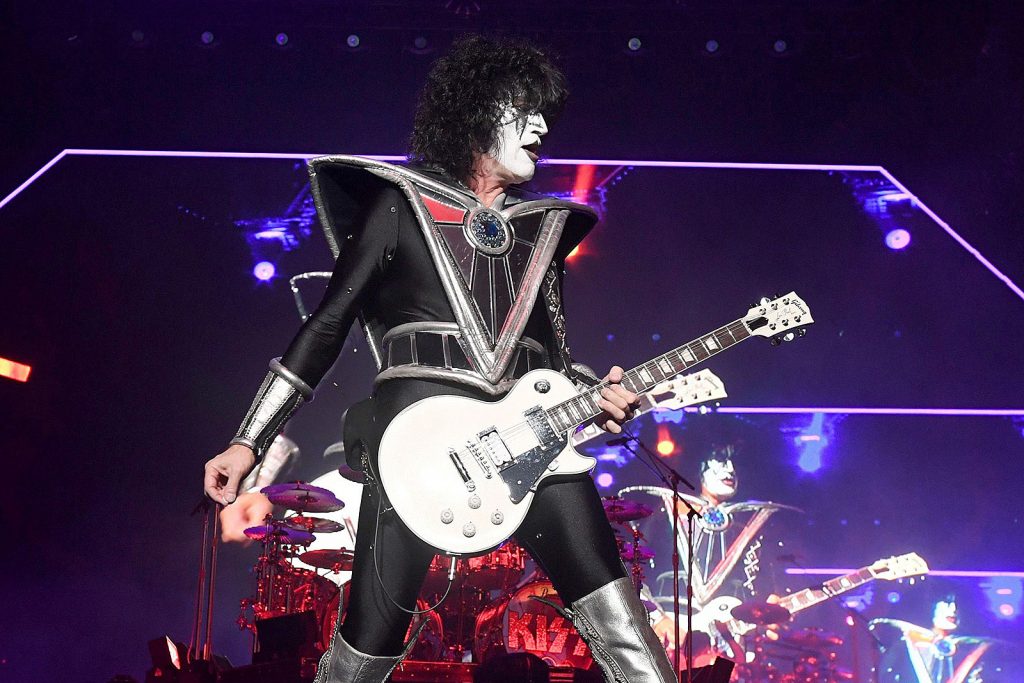 Tommy Thayer said he didn’t expect to join any other band once Kiss complete their farewell tour but admitted he thought the same thing before he became a member of the masked giants.

The guitarist took Ace Frehley’s position as the Spaceman in 2002, after having been part of the band’s backroom team since 1994. He’d been a handyman, researcher, tour manager, musical director and film producer before hitting the stage alongside Gene Simmons and Paul Stanley.

Thayer recently announced the release of five previously unheard songs by Black N’ Blue, the band he formed in 1981. Titled The Lost Tapes, it arrives on June 3 under the banner Thayer – St. James. The songs were written and mainly performed by Thayer and singer Jaime St. James.

He went on to explain Simmons’ involvement with the unheard material, which was written in the late ‘80s. “Back then Gene had paid for the recordings of the five songs with the idea that he might shop them or be involved label-wise,” the guitarist said. “Years later, we were talking about it, and he said, ‘You guys can have the recordings back; they’re yours, free.’”

And Thayer admitted that he “fucked up” by keeping the tapes in his attic, which degraded the recordings to the point that the first versions he found couldn’t be rescued. “I started going through my boxes of old tapes and luckily found a DAT [digital audio tape] master of four of the five of the songs. … The only problem was the fifth song wasn’t on the DAT! So I went back to my old tape boxes and found a cassette of the last one. Luckily, the cassette sounded good, and we had it transferred, so it worked.”