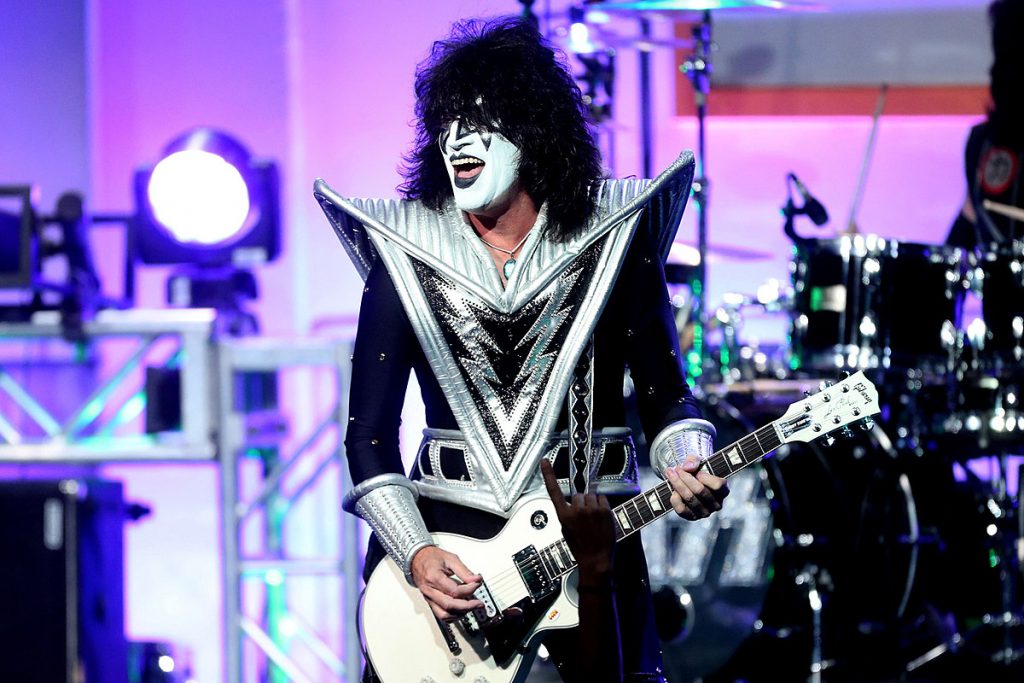 Kiss guitarist Tommy Thayer said he’d never officially been asked to join the band, and that the closest Paul Stanley and Gene Simmons ever got to it was telling him to let his hair grow long.

Thayer replaced Ace Frehley in 2002 after having spent some years behind the scenes as a band employee. Towards the end of Frehley’s tenure he was put on standby in case he had to take over at short notice, before finally becoming part of the lineup.

“My first official gig was in Australia at the Kiss Symphony show in Melbourne, with the Melbourne Symphony Orchestra,” he told Heavy magazine (via Blabbermouth). “That was quite a coming-out for me. I’d say I was a little nervous going into that one, but I pulled it off.” He continued: “I had been around the band. I was traveling with them, working behind the scenes. I was producing, directing videos, and they were having problems with Peter [Criss] and Ace. … I ended up filling in on a few shows to begin with. There was a private concert and some TV shows in 2002 that I did, so by the time I did the Symphony show, it just kind of evolved naturally.”

On the subject of a direct invitation to join, Thayer recalled: “There never was really a moment where they said, ‘We want you to join Kiss.’ I don’t even really remember saying that they wanted me to be the guitar player. It was just kind of like, ‘Tommy, we’re doing this.’ The one thing I do remember is I was sitting down having a meeting with Gene and Paul in 2002. I think we were looking at the Symphony show in a couple of months, and they said, ‘You’d better start growing your hair again, because you’re going to be on stage.’ That was my directive — to grow my hair again.”