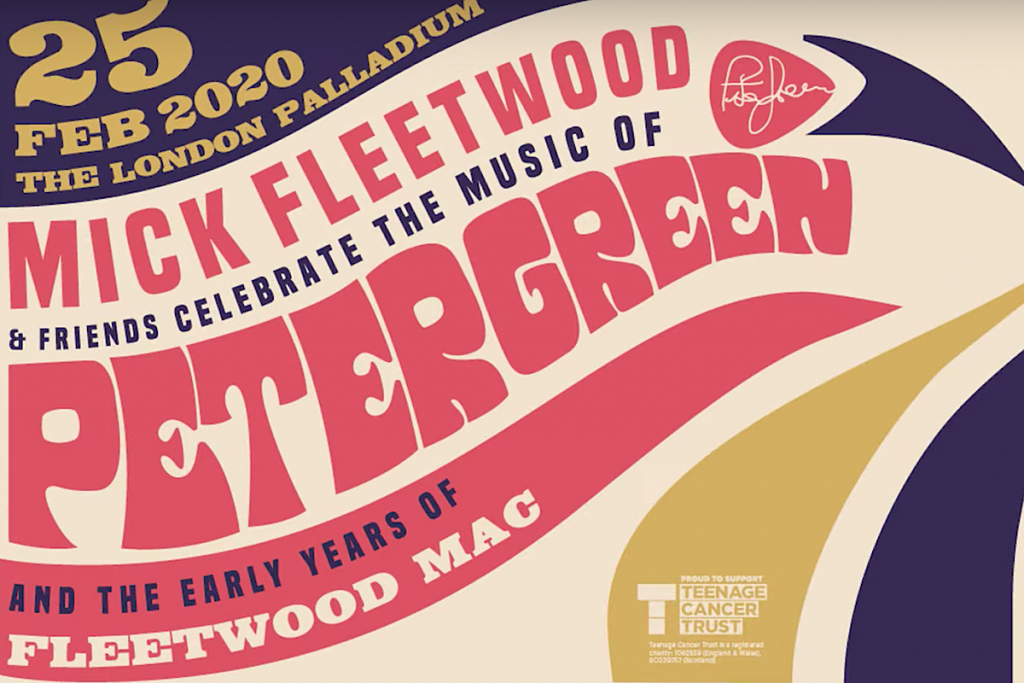 The sold-out show, to be held at the London Palladium, is set to feature David Gilmour, Pete Townsend, Steven Tyler, Billy Gibbons, Kirk Hammett and Fleetwood Mac bandmate Christine McVie, among others.

Mick Fleetwood & Friends Celebrate the Music of Peter Green and the Early Years of Fleetwood Mac is already available for pre-order.

The four-LP, two-CD and Blu-ray deluxe set, priced at $194.99 and due on Oct. 19, will include audio from the concert on vinyl and CDs, with a documentary featuring concert and interview footage on the Blu-ray.

You can see footage from rehearsals from tonight’s concert below.

“The concert is a celebration of those early blues days where we all began,” Fleetwood said in a news release. “And it’s important to recognize the profound impact Peter and the early Fleetwood Mac had on the world of music. Peter was my greatest mentor and it gives me such joy to pay tribute to his incredible talent. I am honored to be sharing the stage with some of the many artists Peter has inspired over the years and who share my great respect for this remarkable musician.”

A limited-edition “attendee set” allows fans to have their names added to the documentary credits. That special box also includes a set list with printed artist autographs and a silk-screen poster from the gig.

Hammett already announced plans for an exclusive book collaboration with Green. “I’m honored to be playing a part in the Peter Green celebration,” Hammett said in a separate release. “Between Mick, Billy Gibbons and Dave Gilmour, I am going to be in the presence of some severe legends – and in truth, I’m completely blown away by that.”