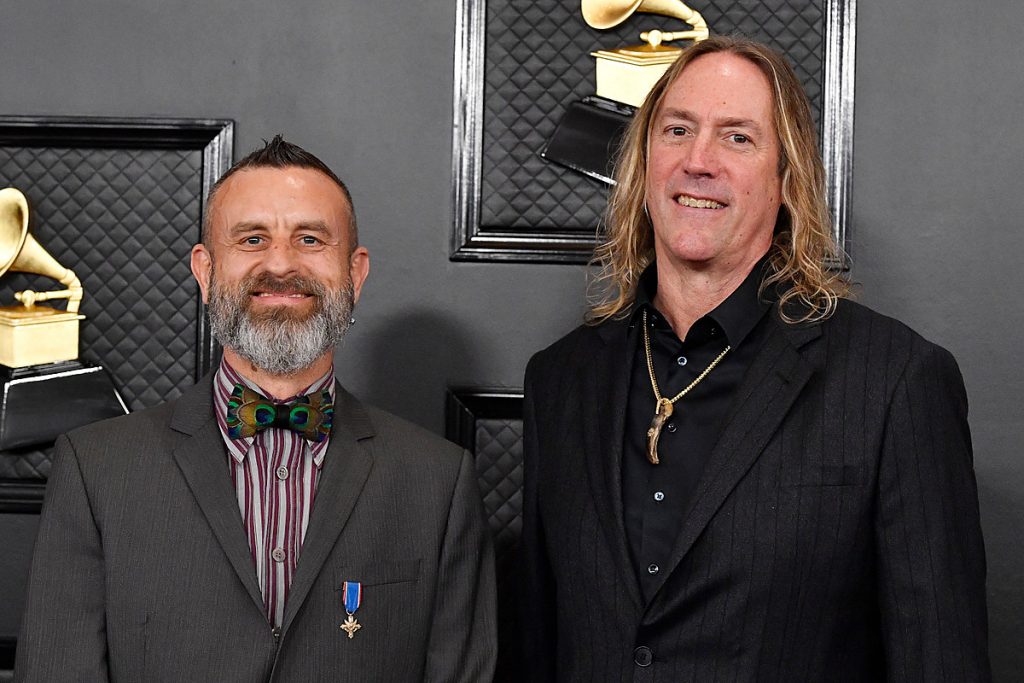 Tool were among the early winners at the 2020 Grammy Awards, taking home ‘Best Metal Performance’ for their song “7empest.” Drummer Danny Carey was on hand to accept the award and thanked Rush drummer Neil Peart during his speech.

“Wow. Kinda renews my faith in humankind to know there’s long attention spans out there that can listen to a 12 minute song,” Carey joked as he stepped to the mic, alluding to the length of their award winning track. After thanking his bandmates, friends and family, the drummer paid tribute to his idols.

“As artists, we’re all influenced by the people that come before us,” Carey explained. “For me, it’s all the great drum gods I suppose that’ve come before and I do my best channel them every time I’m working. Namely, John Bonham, Tony Williams and recently, my good friend, Neil Peart.” The clearly emotional drummer then paused as the audience in attendance applauded. “This is for you guys.”

Carey’s admiration of Peart is well documented, but the respect was mutual. In a 2011 interview, the Rush drummer referred to his Tool counterpart as one of rock’s “foremost modern soloists.” In a 2015 jam session posted to YouTube, the two drummers played together, along with the Police‘s Stewart Copeland. The session, titled “A Little More Noise,” was posted on Copeland’s channel in 2015.

Following Peart’s death, Carey paid tribute to the late Rush drummer during Tool’s concert in San Diego on Jan. 10. That night, Carey opened his solo song “Chocolate Chip Trip” — from Tool’s 2019 LP, Fear Inoculum — with a photo of himself and Peart projected behind his drum kit.