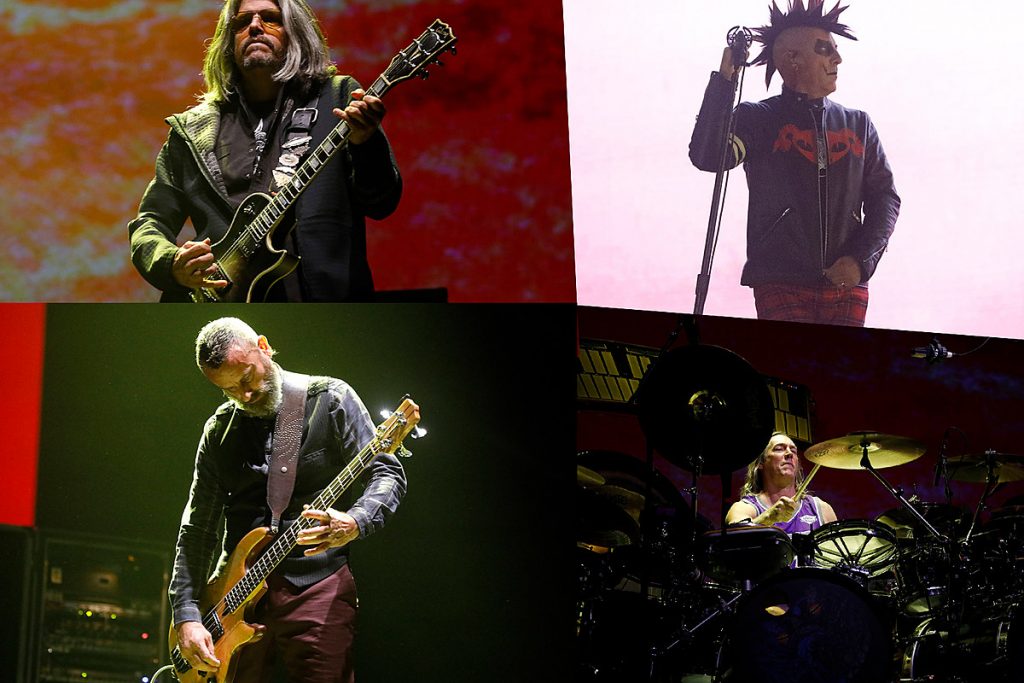 Tool launched their North American tour last night with a performance at the Aftershock festival in Sacramento.

You can see exclusive photos, videos and the full set list from the show below.

The festival headlining set marked Tool’s first performance since the 13-year wait for their new album Fear Inoculum ended on Aug. 30. The evening marked the live debuts of two songs from the record as the band kicked off the show with the album’s opening title track and ended with the record’s second number, “Pneuma.”

The long wait for Fear Inoculum was stressful for the band and Tool fans alike. Frontman Maynard James Keenan received death threats over the extensive delay, later admitting that his own paranoia regarding the quality of work slowed the process down.

Keenan expressed significant relief when the LP finally came out, stating that the release felt like a “weight lifted off [his] chest.” Since then, drummer Danny Carey has promised that new material will take far less time, hopefully satiating the band’s ravenous fan base.

Though Fear Inoculum, which hit No. 1 on the Billboard albums chart upon its release, came out in August, the Aftershock performance was not the live debut for “Invincible,” which was performed back in May, several months before the LP was unveiled. Another album track, “Descending,” was played at every show on the band’s summer European tour but was not included in last night’s set list.

Tool will continue their tour with stops in Denver, Salt Lake City and Los Angeles this week. A full list of dates, including ticketing info and purchasing details, can be found on the band’s website.