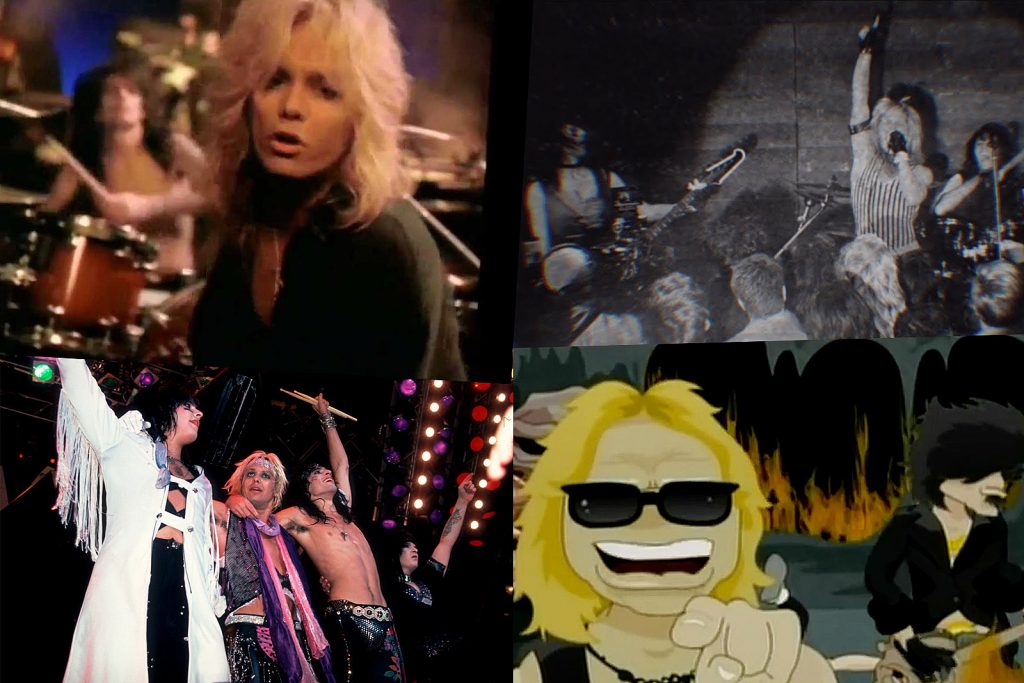 There’s no way to fit over 40 years of Motley Crue music into a 90-minute show.

But that’s exactly the challenge the band faced when coming up with the set list for their 2022 Stadium Tour, which finds them switching headline spots every night with Def Leppard on a bill that also includes Poison, Joan Jett and the Blackhearts and Classless Act.

The tour’s early shows have found Motley Crue delivering sets wisely focused on their biggest and most beloved hits. It’s hard to quibble with more than one or two song choices. But we can be greedy and ask for more, right? So here’s the 10 songs we’d add to Motley Crue’s 2022 set list.

When Motley Crue’s original lineup plays live, they completely ignore the two albums from their back catalog which featured replacement band members. So “Hooligan’s Holiday” or anything from the John Corabi-fronted 1994 Motley Crue album seem to be out of the question. But maybe an exception can be made for “Hell on High Heels?” It was the first single from 2000’s New Tattoo, which featured the late Randy Castillo temporarily taking over for Tommy Lee on drums, and it’s got the catchiest, most arena-ready chorus of any Crue song since 1991’s “Primal Scream.”

It’s been nearly four decades – Nov. 19, 1984, according to Setlist.fm – since Motley Crue last played this Too Fast for Love gem live. It’s a perfect example of how the band effortlessly blended punk energy, metal riffs and pop smarts right out of the gate. Two other songs from the band’s originally independently-released debut album, “Too Fast for Love” and “Live Wire,” have been featured at every show on the Stadium Tour so far, and “Piece of Your Action” was also played on opening night.

Motley Crue’s original lineup released seven studio albums together. The only one that hasn’t placed any songs on their 2022 set lists so far is 1997’s confused, difficultly conceived Generation Swine. That’s a wise and logical exclusion, and overall the band has done a great job selecting the best and biggest songs from their other six albums. But to be greedy for a minute, it does rob us of the chance to hear gems like “All in the Name Of…,” which was a tremendously effective opening song on the Girls, Girls Girls tour.

Despite being their universally acknowledged masterpiece and the album that first made them stars, Shout at the Devil has so far been represented by just two songs on the 2022 Stadium Tour. Adding this real-life story of how Nikki Sixx got arrested for picking a fight with a biker gang that turned out to be partially comprised of undercover cops is a good place to start. It was reportedly last played live on Nov. 8, 2000 in Osaka, Japan.

Despite being the band’s second-highest charting single ever, reaching No. 8 back in 1990, “Without You” has yet to turn up on Motley Crue’s 2022 Stadium Tour set lists. It would seem there’s only room for one power ballad in the band’s otherwise uptempo 90-minute set, and of course “Home Sweet Home” will be the king of that particular mountain for the rest of eternity. “Without You” was played on about a quarter of the shows on the band’s 2014 farewell tour.

Motley Crue’s debut album may be best remembered for party anthems such as “Live Wire” and “Take Me to the Top,” but the band demonstrated an early knack for compelling storytelling and the ability to create more complex moods on songs like “On With the Show.” The lyrics found the former Frank Feranna Jr. artistically “killing” his former self after cutting ties with his real-life father and legally changing his name to Nikki Sixx.

It has now been over 14 years since Motley Crue released their last all-new studio album, Saints of Los Angeles. The title track seems to have earned a permanent spot at the band’s shows, but the same can’t be said for “Motherfucker of the Year.” The song was played at nearly every show on Motley Crue’s 2014-15 “Final Tour,” but has yet to appear this time out. That’s a shame because it’s one of the album’s more successful attempts at updating the band’s original sound.

Performed live at approximately one-third of the shows on Motley Crue’s (not really) farewell tour, “Louder Than Hell” is one of the best blasts of old-school riff rock on 1985’s transitional Theatre of Pain album. This is another understandable cut considering the reduced set list times on the Stadium Tour — maybe we’ll hear it again next time out.

We’re getting into the really painful exclusions now. Released as the third single from Shout at the Devil, “Too Young to Fall in Love” pairs an all-time riff with a chorus that’s perfect for arena singalongs. Plus the band’s current stage design is a perfect match for the song’s sword-fighting video.

It’s been nearly nine years since Motley Crue delivered this Shout at the Devil highlight live in concert. Given the song’s relentless drumbeat, it might not be the best thing for Tommy Lee’s broken ribs at the moment, but here’s hoping they’ll break it out again at some point in the future. While we’re daydreaming, how about a full Shout at the Devil set to celebrate the album’s 40th birthday next year?