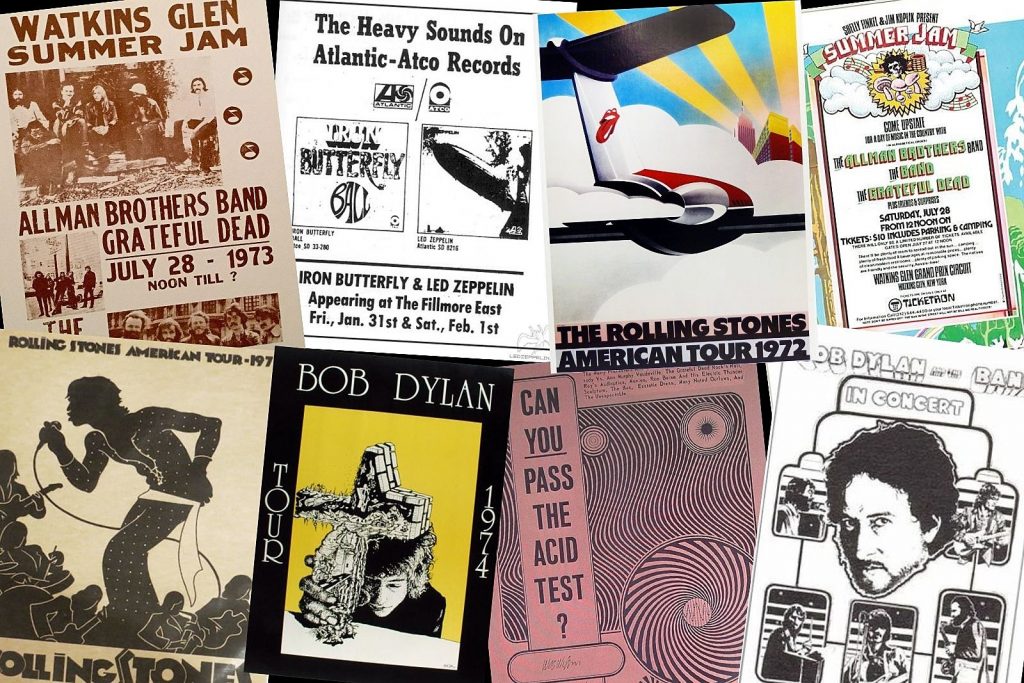 Even though Bill Graham didn’t play an instrument or sing in a band, he’s one of the most famous names in rock history.

Credited with organizing and promoting hundreds of concerts from rock’s biggest names, as well as producing some of the most well-known live events and tours of all time, Graham was the man who made performances on such a scale possible.

Born in Berlin in 1931, he escaped the Nazis and arrived in the U.S. at age 10. After attending college in New York City, he moved to San Francisco, where he began his career managing the San Francisco Mime Troupe and establishing himself in the local live-event community, organizing benefit shows and free outdoor concerts. Before long, he had risen in the ranks and was assembling a staff to book bands at his venues on both coasts. The Fillmore West and Winterland Ballroom hosted acts like Jefferson Airplane, Cream, Janis Joplin and Jimi Hendrix, while the Fillmore East in New York’s East Village boasted headliners like the Who, Humble Pie and the Allman Brothers Band.

Graham’s most prestigious work is well documented. He managed and promoted the Band‘s Last Waltz and 1985’s Live Aid in Philadelphia. He was also responsible for the long-running Day on the Green series held in Oakland — a who’s who of rock royalty held annually from 1973-91.The final Day on the Green overseen by Graham took place the same month as his death in a helicopter crash in October 1991.

But many of his achievements have gone under the radar, as you’ll see in the below list of the Top 5 Underrated Bill Graham Concerts.

Graham, unafraid of the logistical challenge following Woodstock, upped the ante four years later, when he and fellow promoters Shelly Finkel and Jim Koplik organized a one-day concert at the Grand Prix racecourse in Watkins Glen, N.Y., featuring three acts: the Grateful Dead, the Allman Brothers Band and the Band. At the time, the town of Watkins Glen had a population of roughly 2,700 — by show day, 600,000 concert-goers had descended on the village, 200,000 more than Woodstock and one of the largest on record. But unlike the problems faced by Woodstock promoters, Graham’s production team employed a new digital delay-line sound system to compensate for the expansive grounds. Using such equipment, fans in the front were not blasted with sound in an attempt to reach the back half of the audience, and those in the back could still hear high-quality sound.

If there was one man responsible for launching the Grateful Dead from their niche roots to global hippie phenomenon, it’s probably Graham. He was the first promoter to book the band at the Fillmore West in San Francisco as part of beat writer Ken Kesey’s series of “Acid Tests” on Jan. 8, 1966. (The above video is mislabeled as 1965.) “Much has been written about the role of the Fillmore in the then emerging countercultural groundswell,” bassist Phil Lesh noted in his 2006 autobiography, Searching for the Sound. “But at that moment it was simply the best possible venue for our trip: a huge (for us) audience space; a wide, low stage; and, best of all, balconies on three sides so that the light show and Prankster Central could spread out and be able to throw light on anything occurring in the hall.”

After eight years away from the road, Bob Dylan‘s 1974 tour was filled with anticipation. The comeback for both himself and his support act the Band rested in the hands of Graham. Tickets were available only by mail order, in cities like New York, Philadelphia, Chicago and Los Angeles, and demand was so great that Graham told post offices to cease delivering requests to local box offices. “It was, uh, rather monumental,” Graham told Rolling Stone at the time. The 40-concert, 30-date, 21-city tour was one of Dylan’s largest and most lucrative.

A couple weeks after the release of their debut self-titled album, Led Zeppelin appeared as the opening act for Iron Butterfly, then one of the world’s biggest bands, at Graham’s Fillmore East. But it was Zeppelin who blew away the audience. “In other words, through the Zeppelin album is very, very good, the group in person is even better and the excitement they generate hasn’t been felt in the Fillmore since the last appearance of Big Brother & the Holding Company,” read one review of the performance. “A subtle hint of the group’s quickly growing status can be found in the fact that while their album had only been out a week and a half, fully half the audience was familiar with it. Need we say more?”

Organizing and promoting a Rolling Stones tour is no small feat. But it was an especially important endeavor in 1972, when the band would be appearing live in the U.S. for the first time since the free Altamont Speedway concert in December 1969 during which an attendee was stabbed to death. The fervor surrounding the Stones – promoting Exile on Main St. – was hot, making for a tour that not even the veteran Graham had ever experienced. “I remember when a kid would run up the stairs of the old Fillmore, give in his ticket, grab an apple and rush out on the floor and be swallowed in a circle of dancing, happy people he’d never seen before,” he told Rolling Stone at the time. “Now I don’t know what’s going on. It’s changed, though. That much I’m sure of.” Even though there were a few disturbances and minor riots, Graham and the rest of the Stones team led the band through a triumphant return to the States. “So far, the only problem on the tour’s been with the monitors,” Mick Jagger said in the same interview. “I can’t hear what I’m singin’ or what the band’s doin’. We’ll keep on changin’ the program all the time, though, to stay interested. But ya can’t really tell yet what’s gonna happen, can ya?”