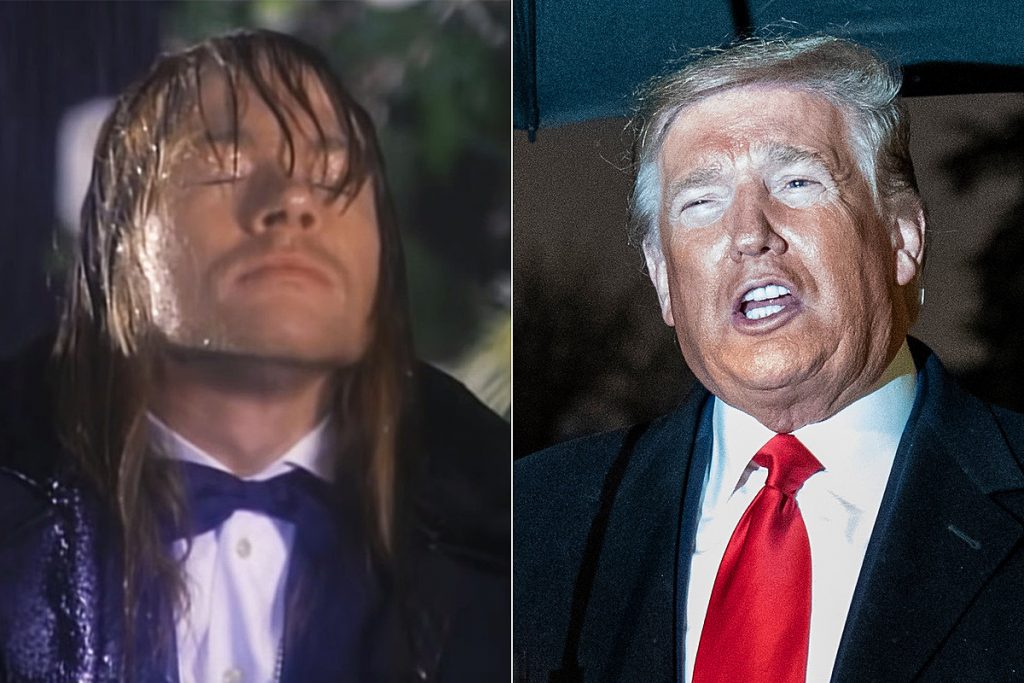 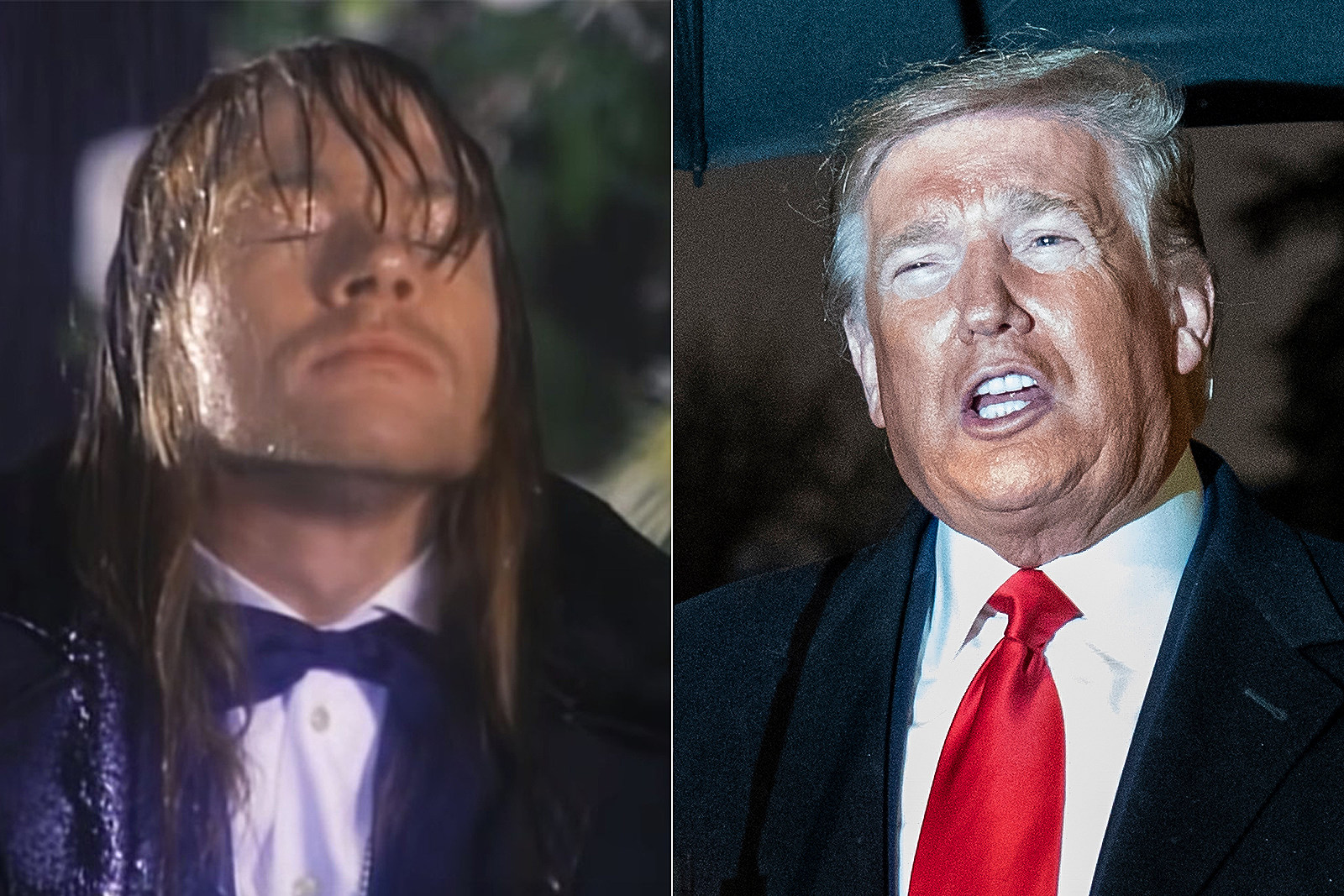 Axl Rose may be a frequent critic of Donald Trump, but that hasn’t stopped the president from being a huge fan of Guns N’ Roses‘ “November Rain” video. He reportedly even made staffers watch it in the Oval Office.

This nugget of information was discovered by White House reporter Jennifer Jacobs, who found it in former press secretary Sarah Huckabee Sanders’ recently published book, Speaking for Myself: Faith, Freedom and the Fight of Our Lives Inside the Trump White House.

After parts of the band’s 1991 epic were heard at Trump’s Michigan rally last week, Jacobs tweeted a photo of the appropriate page.

In her book, Sanders writes that, in early 2018, she and former White House communications director Hope Hicks had met with Trump: “The president told Hope and me in the Oval he wanted the classic Guns N’ Roses song ‘November Rain’ added to his rally playlist. He told us it was the ‘greatest music video of all time,’ and made us watch it to prove his point, even though neither of us had disagreed.”

As protests took place across the country after the killing of George Floyd in June, Rose accused Trump of trying to “foment hatred [and] anarchy,” and called him a “truly bad, repulsive excuse [for] a person [with] a sick agenda.”

It was one of the most visceral attacks by Rose, who has also criticized Trump’s response to the 2018 California wildfires and said that the White House was “the current U.S. gold standard of what can be considered disgraceful.”