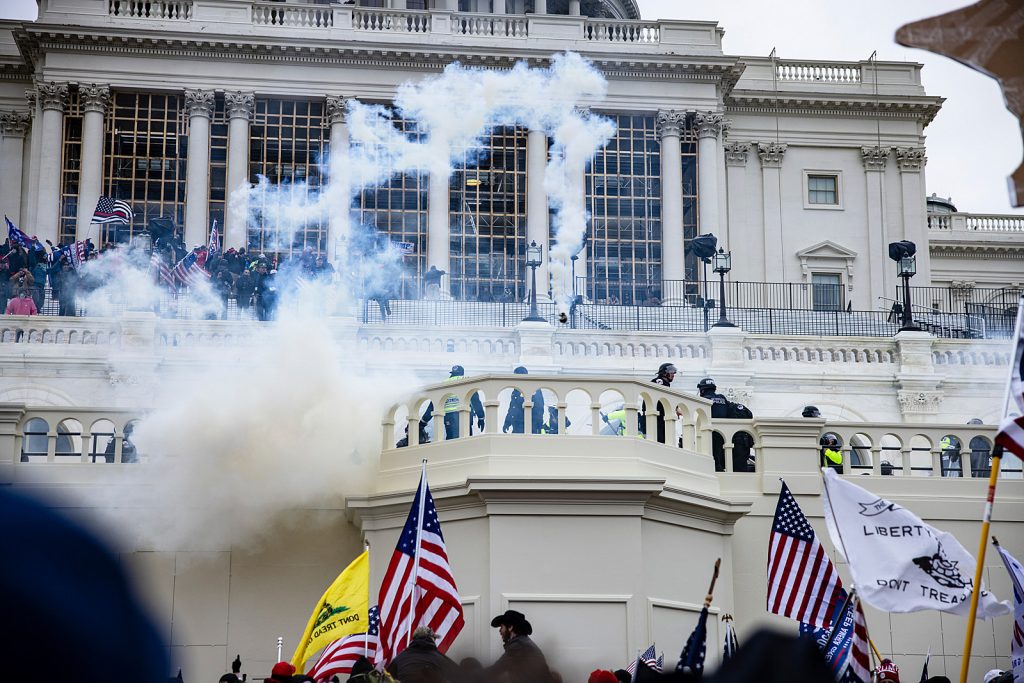 The scene in the nation’s capital was chaotic throughout the afternoon. As CNN reports, a mob pushed through barriers surrounding the Capitol shortly after 1PM ET, leading to physical encounters with police officers in riot gear. Some individuals eventually made it inside the building, and the House floor was evacuated. As of this writing, one woman is reportedly in critical condition after being shot in the chest, and multiple police officers have been injured.

An armed standoff reportedly occurred at the House front door around 3PM ET, and at least two suspected pipe bombs were “rendered safe by law enforcement.”

“These are TERRORISTS,” tweeted Kiss singer-guitarist Paul Stanley. “This is armed insurrection. The flames were fanned today & over time by the president & specific senators who CANNOT be allowed now to distance from or denounce what they have directly caused. Know their names. THIS is the result of their deception. Shame.”

Tommy Lee called Trump a “fuckhead” in a tweet directed his way. “tell you covidiots to go home…its a wrap, ya’ll lost, GTFOH!! and while you’re at it YOU get the fuck outta here too before people get seriously hurt!”

Sebastian Bach, linking an article previewing Joe Biden’s address to the nation, praised the president-elect for “having a brain.” He also retweeted Senator Ted Cruz’s call for the “storming to stop,” writing, “You are one of the stupidest pieces of shit that ever walked the Earth. These people are here to support you you fucking idiot.”

On the other hand, Ted Nugent took to Facebook to share a photo and a post suggesting that the people involved were actually not Trump supporters.

Heartbreakers keyboardist Benmont Tench posted a photo of a Trump supporter waving a flag inside the Capitol, writing, “now imagine what would have happened were this person Black and holding a Black Lives Matter banner.”

You can read these reactions and more below.