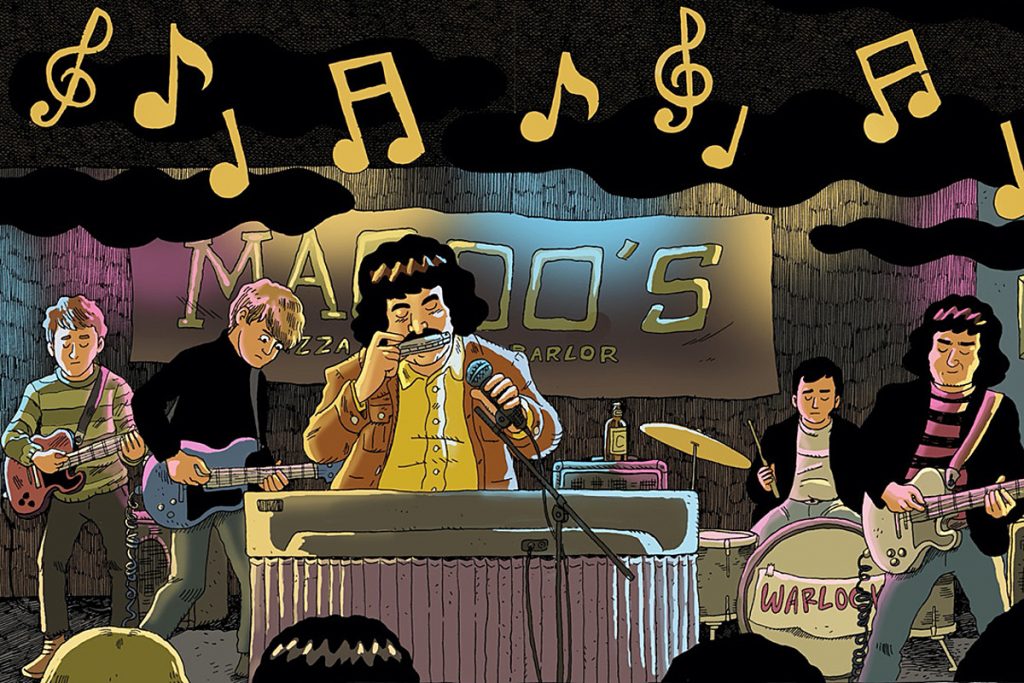 The creators of the previously announced Grateful Dead graphic novel Grateful Dead Origins revealed that a soundtrack package will be made available alongside the comic book.

Curated by Dead archivist and legacy manager David Lemieux, the book includes 13 recordings from the band’s early career, while a collectors edition will come with a four-track vinyl recording containing previously unreleased live recordings from the Fillmore West in San Francisco in 1968. You can see the track listing below.

“Grateful Dead Origins tells the story of the band’s transformation from a bar band performing as the Warlocks to becoming the creators of their own sound and cultural movement through their music and community,” publishers Z2 comics said in a statement that also revealed the first look at interior artwork (which you can see above). “Artist Noah Van Sciver illustrates an original history created by writer Chris Miskiewicz. The graphic novel will be available in two editions: a standard edition and a limited run collectors deluxe edition.”

The vinyl record features a previously unreleased show that includes the first known West Coast live version of “St. Stephen” as well as the first known performance of the “William Tell Bridge” that joins “Stephen’ to “The Eleven.” The concert was originally recorded on eight-track analog tape and mastered for this release.

“We’ve seen many archival releases that offer magnificent audio representations of the Grateful Dead’s history, and several filmed interpretations of the Dead’s story,” Lemieux said when the publication was announced. “To these, we’re thrilled to add to the Dead’s narrative canon this beautiful portrayal of the Dead’s origin story in the form of this wonderful new comic.”

Both the standard edition and the collectors edition are available for pre-order now, with publication due in April.