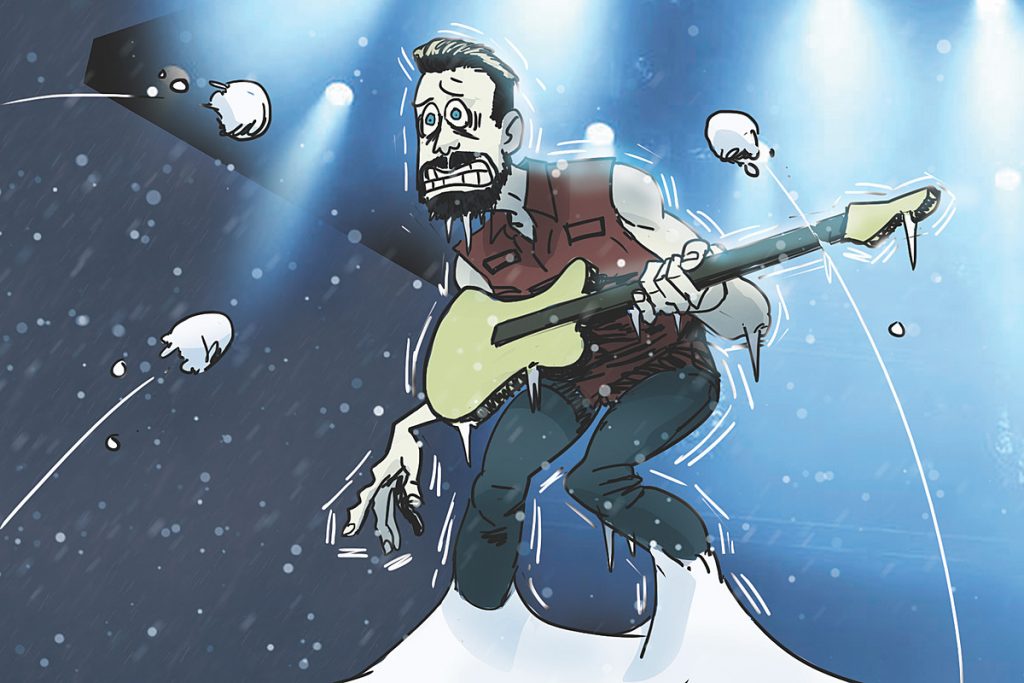 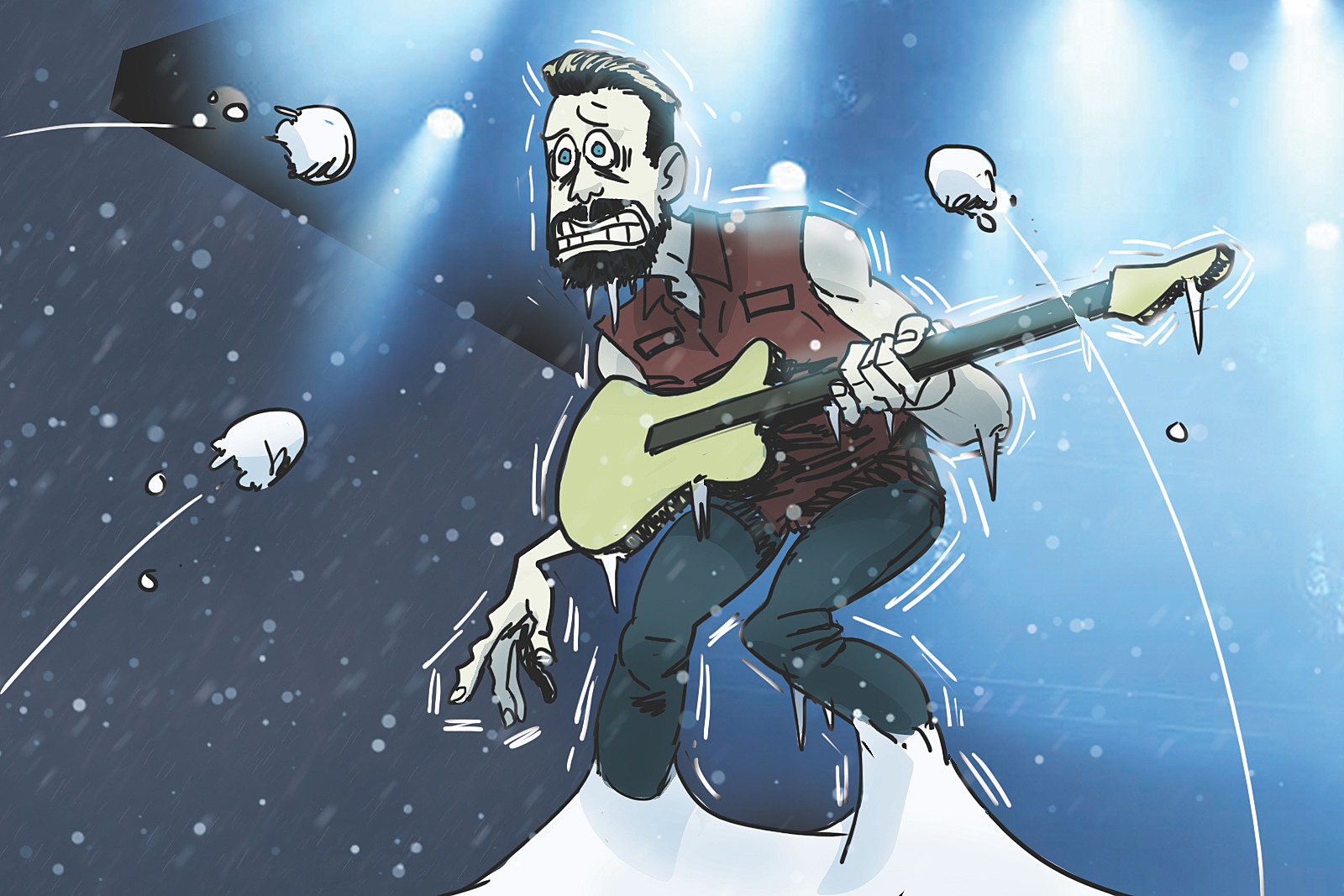 But that’s exactly what hit them on Sept. 20 at the Fiddler’s Green Amphitheatre, just outside Denver, Colo. An unseasonal blizzard dumped up to eight inches of wet snow on the area, knocking down power lines and damaging millions of trees, hit harder than usual as they were still fully leafed.

Despite these unusual circumstances, Van Halen went ahead with their show at the 18,000 capacity outdoor venue, playing a full 21-song set — with guitarist Eddie Van Halen wearing fingerless gloves and numerous snowball fights taking place in the crowd.

In a 2019 Radio.com interview, bassist Michael Anthony praised the audience for rolling with the punches so well. “The place was packed and everybody looked like a Q-tip out there,” he said. “It was no big deal for the audience.”

“Just a couple of days earlier we were in some city where it was 106 degrees,” crew member Chris Stuba told Van Halen News Desk in 2014. “When we got to Denver it was cold and rainy. By 9AM, it started snowing. Nobody in their wildest dreams thought it would snow — it was September!”

After debating the risk to the audience and the band’s musical equipment at the largely open-air venue, the decision was made to reward the large number of fans who braved the weather by going through with the show. “There was a point, around [3PM], where we didn’t know if the show was going to happen. Equipment could get seriously damaged. It was miserable,” Stuba recalled. “Finally, the band said, ‘all these people have been out in the snow for three hours — we can do it!'”

The crowd rewarded Van Halen with an unusually large cheer as they kicked into the opening song, “Right Now,” and remained in festive spirits throughout. Singer Sammy Hagar slipped and fell on his behind at least once during the show, and the band members briefly engaged in a few friendly snowball fights with members of the audience.

The Denver snow storm was far from the only challenge the group faced on what would be nicknamed the “Ambulance” tour. Drummer Alex Van Halen performed wearing a neck brace for much of the trek, the result of three ruptured vertebrae. His brother Eddie was enduring severe hip pain, which eventually led to replacement surgery in 1999.

Along with the physical issues, there were growing personality conflicts. Sessions for the Balance album were marred by increasingly unpleasant creative arguments between Eddie Van Halen and Hagar.

“That was the record where if I said black, Eddie said white, and I’d say, ‘Okay, white,’ he’d say, ‘No, I want black,'” the singer told Rolling Stone. “I’d say, ‘Okay, well, I wanted black to begin with.’ Then Eddie would go, ‘Well, I don’t know what I want; I’ll let you know when I do.’ He just wanted the opposite of what I wanted.”

The North American leg of the Balance tour continued under these less than ideal circumstances for another month, luckily mostly performing in warmer southern and western climates. After a short series of dates in Asia, Van Halen concluded the tour with Nov. 4 and 5 shows in Honolulu.

It would prove to be the end of the “Van Hagar” touring era. Depending on who you listen to, the singer either quit or was fired on Father’s Day 1996 and wouldn’t perform with the group again until an even more disastrous 2004 tour.