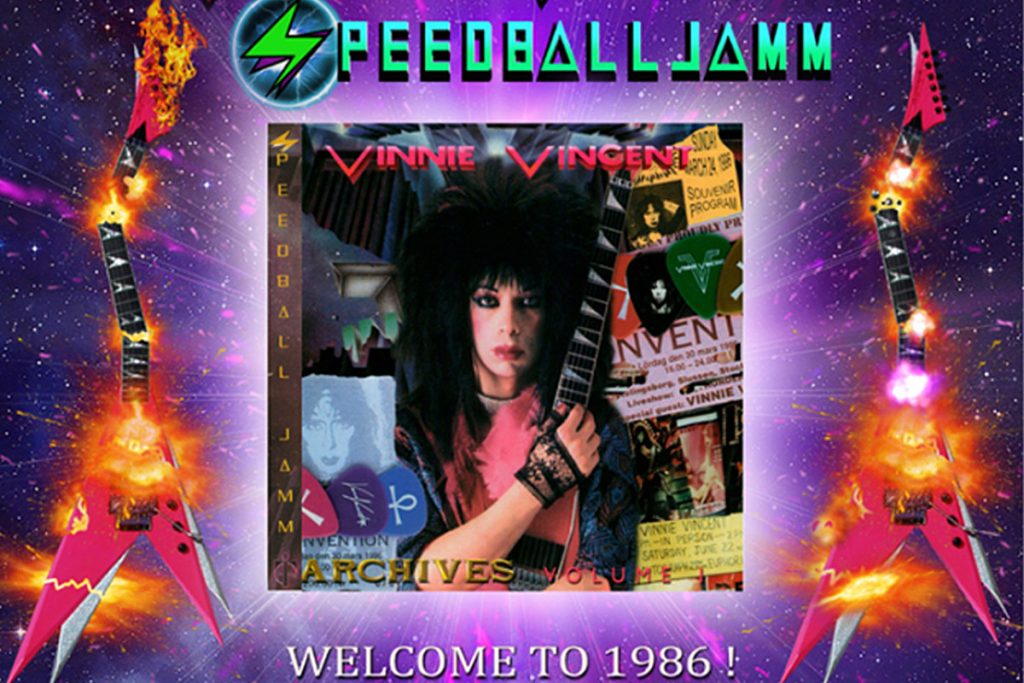 The CD is available for pre-order on the former Kiss guitarist’s official website for $250.00. The listing makes no mention of bonus tracks or deluxe packaging, but does promise that purchasers will also receive a limited edition autographed 8×10 and a “BIG” guitar pick. It also states that the discs will ship in February 2020.

Julian Gill of Kiss FAQ (via Kiss Related Recordings) describes the 71-minute long Speedball Jamm as “an analog transfer of a Vinnie warm up session, with some very wild shredding.”

The fact that discs aren’t ready to ship yet could cause flashbacks for fans who say they were burned by Vincent after sending him between $120 and $300 for the planned but never delivered 1997 six-cassette box set The Vinnie Vincent Archives.

Vincent performed a Speedball Jamm-themed birthday bash at S.I.R. studios in Nashville back in August, and has announced a two-day Merry Metal Christmas event at the same venue Dec. 14 and 15.

After nearly two decades out of the public eye, Vincent resurfaced in January of 2018. Six months later he announced a comeback concert, which was first postponed and ultimately cancelled amid much finger–pointing. In addition to the birthday bash, since his return Vincent has shared the stage with both Gene Simmons and Four by Fate.