Vinyl Can Go Green, But Records Will Cost More 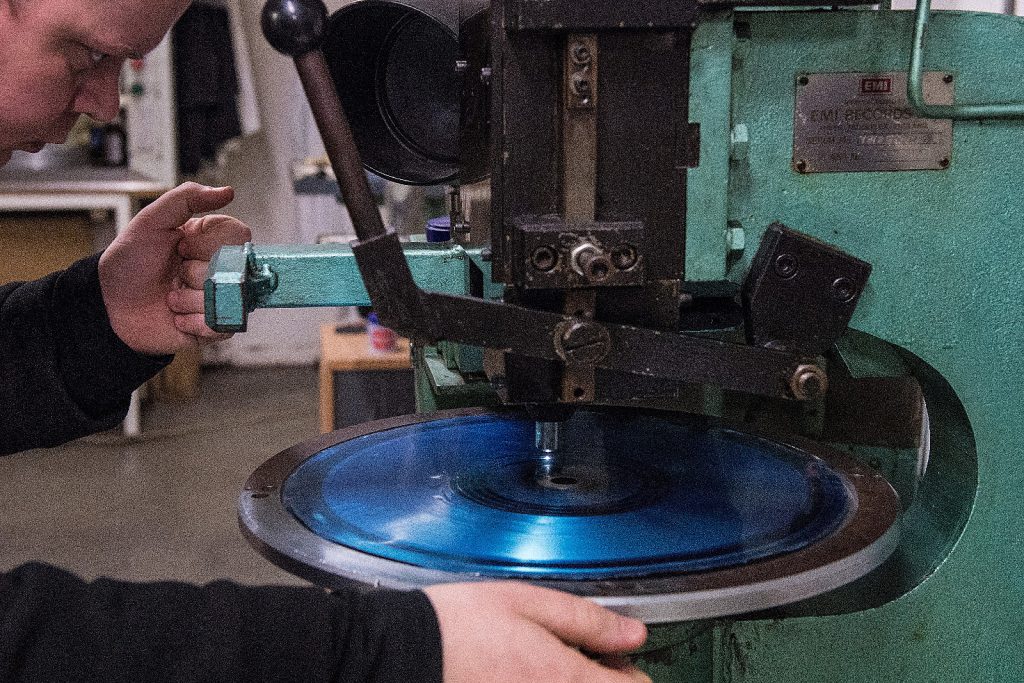 A pioneer of environmentally friendly vinyl records says his new pressing machines are less dangerous to the planet than traditional ones – but they’ll likely lead to a price increase.

The resurgence of vinyl in recent years followed the closure of many legacy pressing plants due to lack of business. That’s meant long lines for those who want their music to be available in the format. Even the world’s most famous acts are being told to wait up to a year for vinyl editions.

The traditional method uses polyvinyl chloride, which the BBC says was identified in a new report as “the most environmentally damaging of plastics.” The updated version of this technology is constructed of polyethylene terephthalate, a less harmful and easily recyclable material.

“This machine can do almost 40 percent more capacity than the traditional plants,” Green Vinyl Records owner Harm Theunisse said from his factory in the Netherlands, calling the development a “new standard” and adding that it uses just 10 percent of the energy required by older systems. “The pressing here is both faster and better for our planet,” he told the BBC. “It’s for the kids. Our world is heating up.”

But questions remain over the new discs’ quality: PVC has remained in use despite its dangers because of its durability but also its ability to replicate music at a high standard.

“I’ve had calls saying, ‘Hey, can you press records from the plastic from the ocean?’” said Ton Vermeulen, owner of the Netherlands’ Record Industry plant and an early collaborator on Theunisse’s project. “We could give it a try and it might look like a record – but if it needs to sound like a normal record, there’s where we have a problem. When you want to keep the quality of the product as it is now, then that’s impossible.”

Listing his issues with the new development, Vermeulen said: “I think it’s the unknown aspects, and the costs involved to put high investment in – because these machines are massively more expensive than the presses we use over here. I’m not saying there is no space for such a new technique, but I have doubts if [record] companies are going for it.”

Sustainability expert Sharon George says Theunisse’s technology is a “step in the right direction,” arguing that consumers should consider environmental issues when buying music. “We need to stop thinking about the cost at the till and think about that cost to the planet and to our health,” she told the BBC.

Theunisse says he’ll continue developing his system, and reports that one major label has already become a customer. “You’ve got to buy one and then listen to it yourself,” he added.