Vivian Campbell Is Still on the Road, Despite Recent Back Surgery 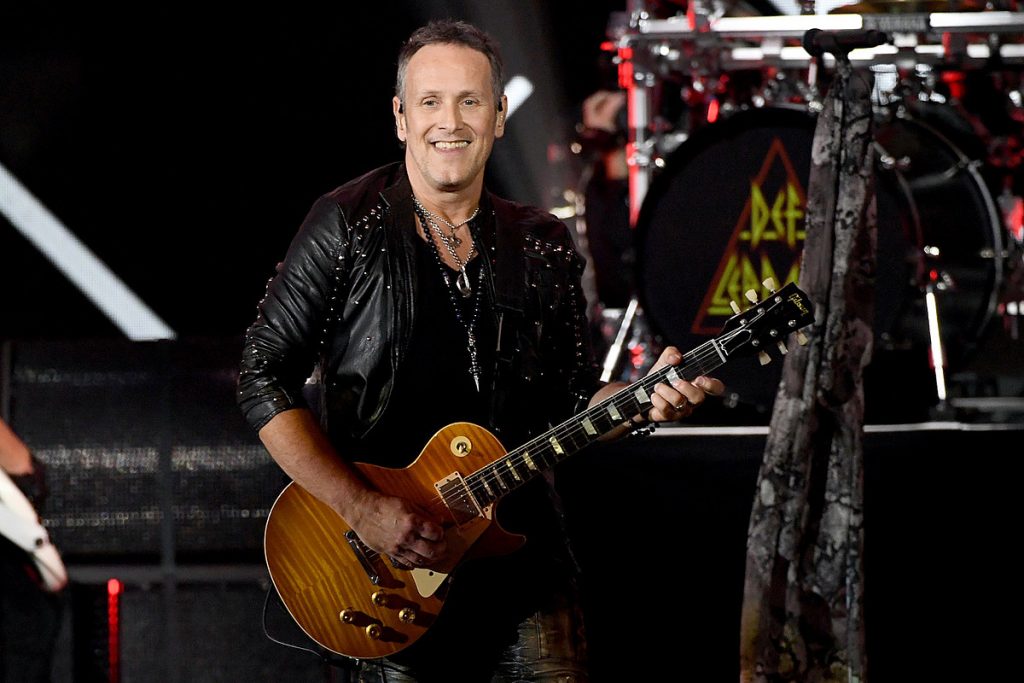 “It’s gonna be difficult for me to do these next couple of weeks’ worth of shows,” he admitted, in a interview on SiriusXM’s Trunk Nation (via Bravewords). “I’m gonna be moving very slowly. But I know that I can get on stage and I can play guitar and I can sing, and so that’s all I need to do.”

In fact, for Campbell, the moments in between those stage appearances can be the hardest. “It’ll be the travel in between that’s gonna be extremely uncomfortable,” he added.

Campbell’s side band, the Dio-focused Last in Line, has a string of dates scheduled through Nov. 7. That includes an opening gig with Def Leppard at the Nov. 1 grand opening of the Hard Rock Hotel & Casino Sacramento. Don Felder is also part of this double-duty bill in Sacramento.

Campbell, who was diagnosed with cancer in 2013, is still undergoing treatment for Hodgkin’s lymphoma. He declared himself officially in remission later that same year.

“As far as the cancer, I’m just doing these infusions,” said Campbell, who is a patient at the California-based City of Hope Cancer Center. “And that’ll keep me right for another three to four weeks. It’s just maintenance. It’s all good as far as I’m concerned.”

There was no confirmation on the exact nature of his back problem. Campbell never stopped touring during his earlier cancer scare, either.

You Think You Know Def Leppard?