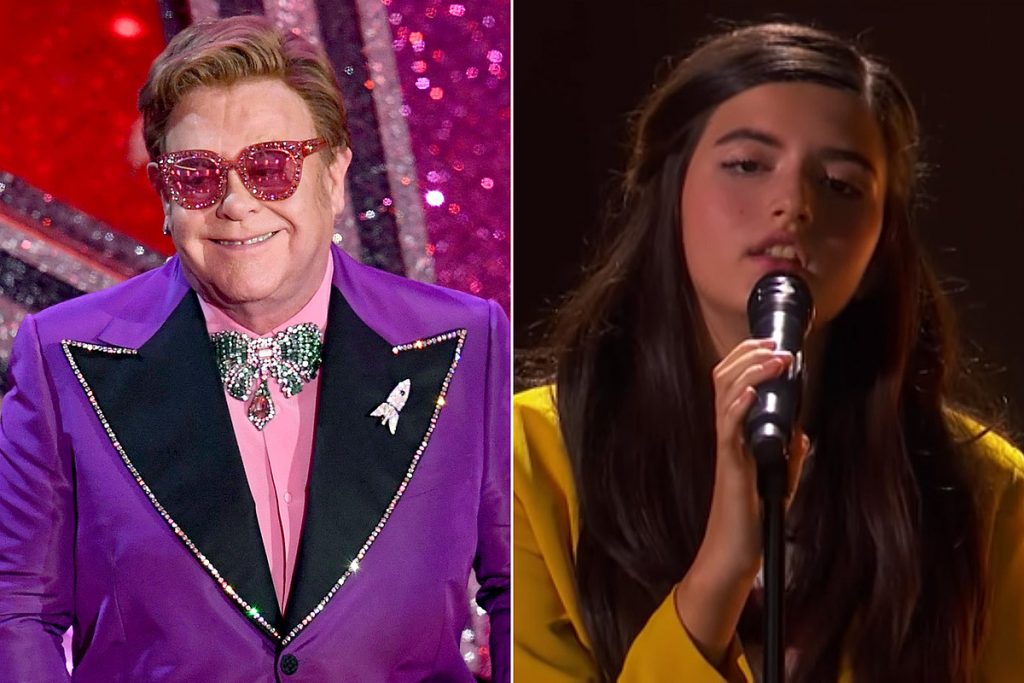 Thirteen-year-old Angelina Jordan has once again impressed the judges on America’s Got Talent: The Champions with a classic-rock song. This time it’s Elton John‘s “Goodbye Yellow Brick Road.”

With just spare piano accompaniment, Jordan sang the song’s opening verse and the chorus, adding an occasional flourish of her own. After finishing her performance, judge Heidi Klum said, “You make your Golden Buzzer mama so proud, I have to say,” referring to Jordan’s performance of Queen‘s “Bohemian Rhapsody” last month, which moved Klum to send the teen on to the next round via the show’s Golden Buzzer. “I can feel it all the way down into my bones that you are a superstar in the making. I mean, we’re seeing it right in front of our eyes. … The melancholy that you put into that Elton John song was incredible.”

“First of all, at any age, but especially 13,” fellow judge Howie Mandel added. “This is so amazing, and one word comes to mind when I listen to you, and that’s ‘hypnotic.’ I just get drawn into your sound and your performance, and nothing else around me even matters.”

“That song must be 40, 50 years old now?” Simon Cowell said. “But you made it sound current, relevant. … Great soul, great talent, and you’ve made this final way, way better because you’ve set a real standard here.”

You can watch her performance below.

Jordan, who won Norway’s version of the TV show in 2014, sang “Bohemian Rhapsody” in January, which prompted Queen to take notice. They retweeted a video of her performance with a hand-clap emoji and noted, “Wow! What a rendition of #Bohemian Rhapsody.”

“Bohemian Rhapsody” is the same song Adam Lambert sang for his American Idol audition, which eventually earned him a spot fronting the band.

The winner of this season of America’s Got Talent will be announced on next Monday’s episode.