Watch a Clip From New Chicago Film, ‘The Last Band on Stage’ 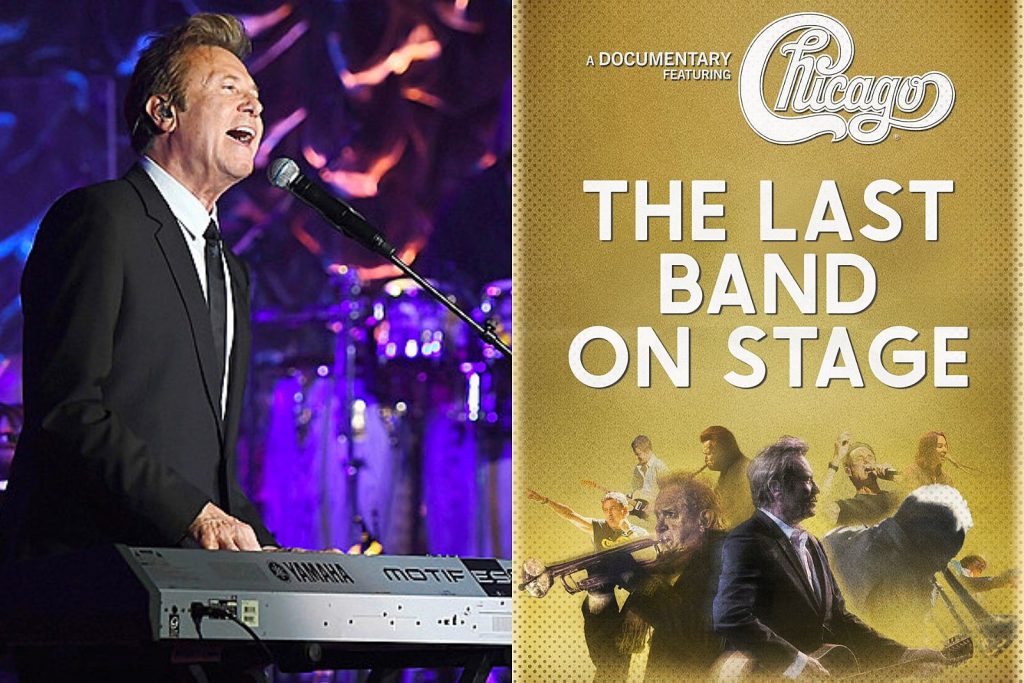 Chicago performed what would become their last pre-pandemic concert on March 14, 2020, at the Venetian Theatre in Las Vegas. The journey they embarked on next is now the subject of a new documentary called The Last Band on Stage.

“It really hadn’t sunk in, at that point, when we were taking a bow,” keyboardist Robert Lamm says in the film. You can view an exclusive clip below.

The movie culminates in Chicago’s return to live performing in 2021 and was narrated by actor Joe Mantegna, a longtime friend of the band. It’s set for release in select theaters and on demand on Sept. 30. The Last Band on Stage is also currently available to pre-order on iTunes.

“Chicago has faced many obstacles in lasting 55 years but the pandemic was possibly their greatest challenge,” director Peter Curtis Pardini said in a statement. “I’m excited for people to see the story of how they got back to the stage to continue performing.”

The group has since maintained a steady touring schedule. Chicago also released a new album, Born for This Moment, earlier this year.

“I hope that 55 years from now, listeners will actually feel something about our music and our lyrics,” Lamm said when the LP was announced. “I mean, we’re all human. We all go through some variation of the same pain and joy at some point in our lives, and there’s a commonality to that. I hope listeners in the future will actually get all those feelings while listening to our music.”

We’re focusing on songs that charted separately, rather than so-called “double A-sides.”