Watch a Parrot Sing Along With Led Zeppelin, Van Halen and More 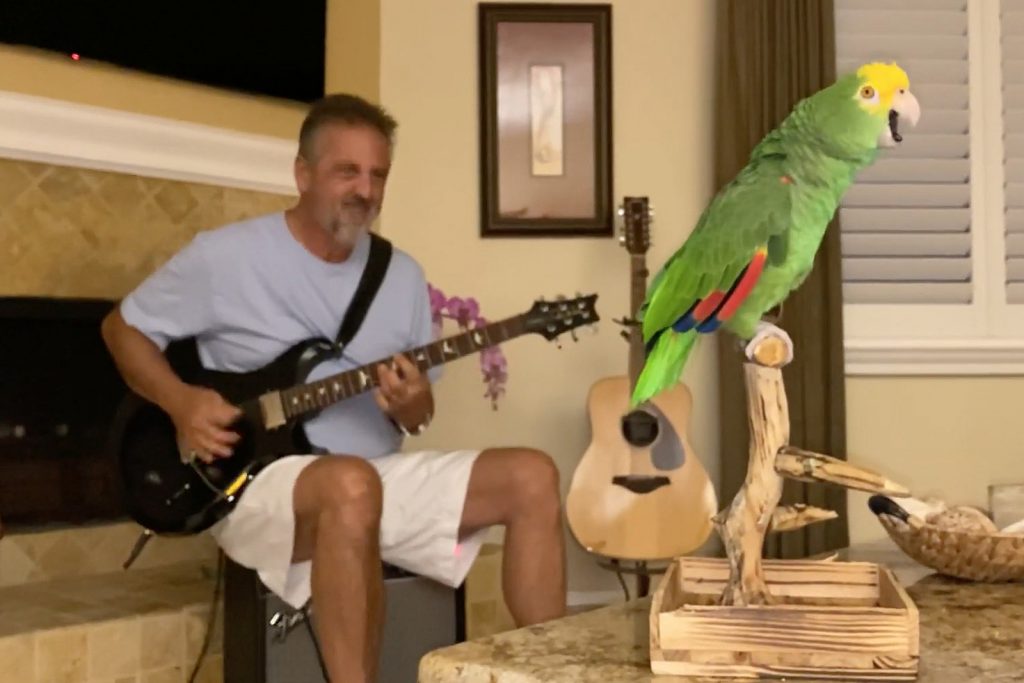 One of the latest viral video sensations is Tico, a parrot who loves to sing while his owner plays classic rock songs on guitar.

Tico is owned by Floridian Frank Maglio, whose YouTube channel is filled with clips of their renditions of songs by Led Zeppelin (“Stairway to Heaven”), the Beatles (“Here Comes the Sun”), Van Halen (“Unchained” and “Ain’t Talkin’ ‘Bout Love”), Guns N’ Roses (“Patience”) and Bon Jovi (“Wanted Dead or Alive”). The parrot isn’t singing the melody or any of the lyrics, but is randomly making sounds that are more or less in the keys in which Maglio is playing, and has an impressive vibrato. You can see a bunch of them below.

A few months ago, Maglio and Tico appeared on The Kelly Clarkson Show where he revealed that he only discovered the bird’s vocal talents early last year. “One day I was playing guitar back in March, during the second week of lockdown,” he explained, “and Tico started screaming like he wanted attention, so instead of throwing the towel in, I grabbed my guitar … and sat down by him and started playing, and I was like, ‘I think he’s singing.’”

His wife then recorded it and they put the video on Facebook, and the reaction was so positive that they began making more. Towards the end of April, Maglio began uploading videos to YouTube, starting with “Stairway to Heaven,” which was tweeted by former NBA player Rex Chapman yesterday. Combined, all of Maglio’s videos of Tico have been viewed more than 358,000 times.

The Best Song From Every Led Zeppelin Album