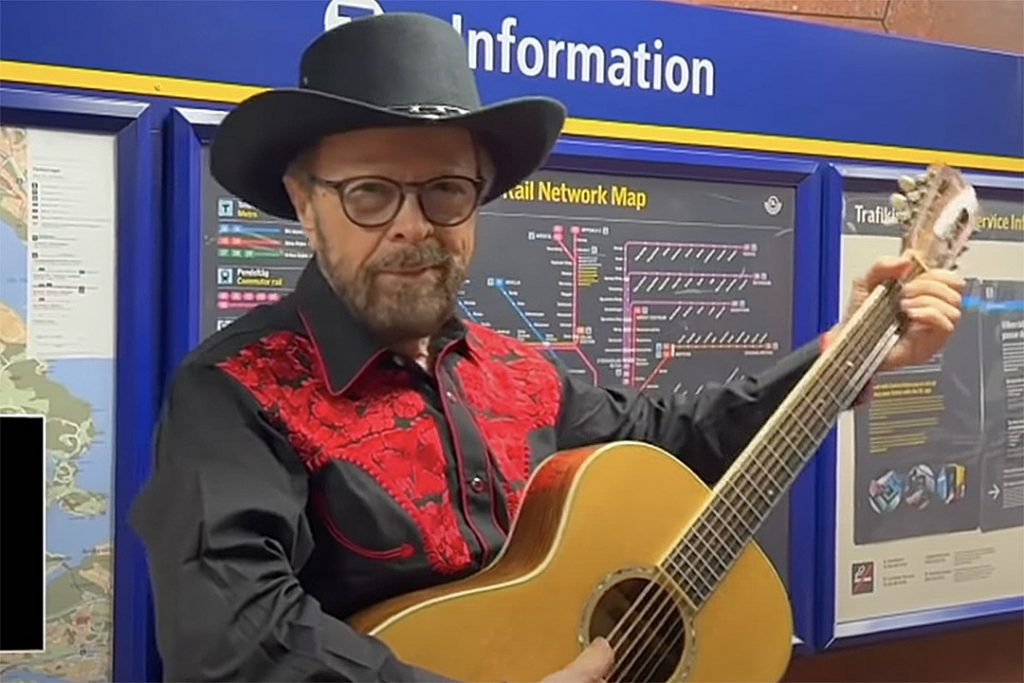 ABBA’s Bjorn Ulvaeus rerecorded one of the band’s classic songs and accompanied it with a lighthearted video as a roast for fellow Swedish musician Tomas Ledin.

The roast was played back live at Ledin’s celebration concert at Stockholm’s Avicii Arena on Feb. 25, which marked his 70th birthday. Ledin was one of ABBA’s backing singers in the ‘70s and toured with the band before finding success on his own. He’s married to a daughter of a former band manager.

The video finds Ulvaeus singing “Hey Grand Ol’ Man,” an English revision of ABBA’s first-ever hit, “Hej Gamle Man.” He’s seen dressed in country gear while driving a truck, busking in a railway station, line dancing and struggling with his boots as he tells Ledin, “The time has come for you to learn that girls don’t see old men / And once you have gone invisible, you’re never seen again.”

You can watch the “Hey Grand Ol’ Man” clip below.

ABBA will launch a virtual concert experience at a custom-build venue in London in May. After releasing the new album Voyage last year, the band’s Benny Andersson said no further music would follow.

“This is it,” he insisted. “It’s got to be, you know.” He said the decision had nothing to do with the disputes that plagued the members in the ‘80s. “We’ve been seeing each other through the years, meeting for this and that. We are friends.”

But Anni-Frid Lyngstad later suggested it wasn’t over. “I have learned never to say never,” she noted. “This year we have probably said this must be the last thing we do because … [we’re] thinking of our ages, you know. We are not young any longer, but I’m saying you never know. So don’t be too sure.”