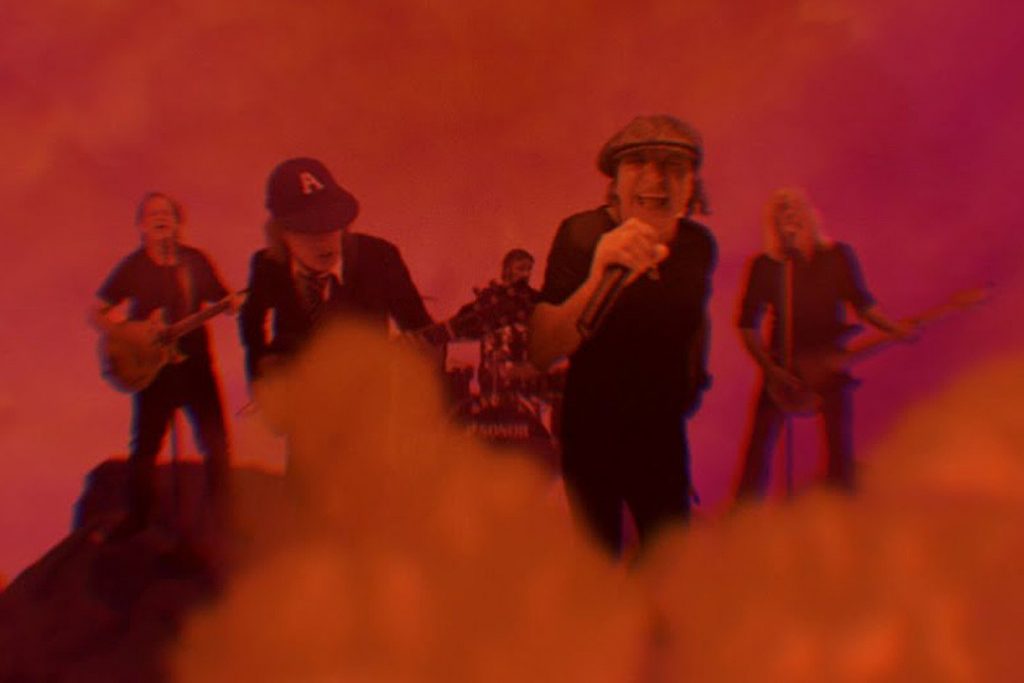 The song is the fourth pulled from the band’s 2020 album Power Up to receive a music video, following “Shot in the Dark,” “Demon Fire” and “Realize.” You can watch the new video below.

The LP marked the AC/DC’s first new material in six years, with the lineup of Brian Johnson (vocals), Angus Young (guitar), Phil Rudd (drums) and Cliff Williams (bass) reuniting for the release. Rhythm guitarist Malcolm Young, who died in 2017, was replaced by his nephew Stevie Young for the album. Still, Malcolm’s fingerprints were all over Power Up.

“Angus and Malcolm had done riffs together all their life and really had a big box of them,” Johnson explained in a 2020 radio interview. “And Angus said he basically just went through them all and he went, ‘Oh, that’s a good one. This is a good one,’ and he brought them out. So, it really is true that Malcolm is on [the album], basically in spirit and all of that.”

AC/DC had planned to tour behind Power Up, before the COVID-19 pandemic put everything on hold.

“We talked about playing some shows,” Williams admitted. “When we got together to shoot a video and do some rehearsals, it was with an idea of playing some shows. Unfortunately, we all went home after that rehearsal and conversations, and then this damn virus hit, so it was never taken any further.”

A special 12” picture disc, featuring “Witch’s Spell” and fellow Power Up track “Through the Mists of Time,” will be available as a Record Store Day release on June 12.

You Think You Know AC/DC?