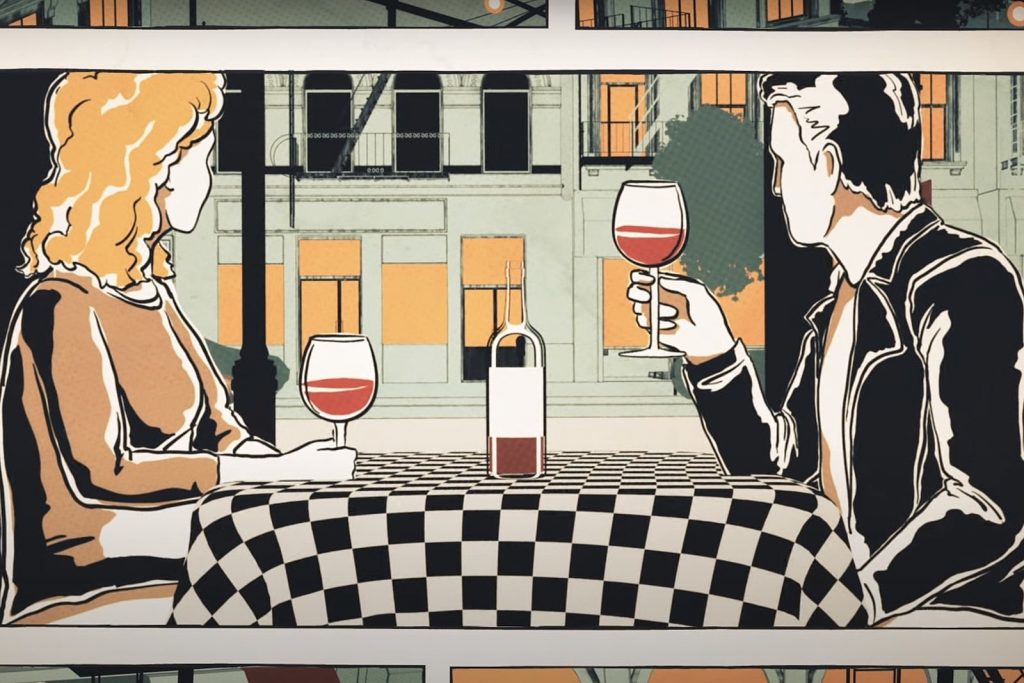 The video, created by Lightborne Communications, depicts the lyrics to “Scenes From an Italian Restaurant” as pictures in a photo album. It begins, naturally, inside an Italian restaurant named Cacciatore’s and then plots the relationship of the song’s two protagonists, Brenda and Eddie.

Joel himself makes a few cameos in the animated video, appearing in a few framed photos on the wall of Cacciatore’s. The video also contains references to Joel’s other songs, such as a jazz club named Zanzibar, which served as the title of a song on 52nd Street.

You can watch the “Scenes From an Italian Restaurant” video below.

The “Scenes From an Italian Restaurant” video arrives roughly one month before the release of Billy Joel – The Vinyl Collection, Vol. 1. The nine-LP set will contain Joel’s first six studio albums — Cold Spring Harbor, Piano Man, Streetlife Serenade, Turnstiles, The Stranger and 52nd Street — as well as his first live album, Songs in the Attic, and an exclusive, double-vinyl pressing of the previously unreleased Live at the Great American Music Hall – 1975.

Billy Joel – The Vinyl Collection, Vol. 1 will also come with a 50-plus-page photo book tracing Joel’s career ascension, an essay from esteemed music writer Anthony DeCurtis, tributes from other musicians and celebrities and Joel’s own insights into his songs and albums. The box set, which comes out on Nov. 5, is available for preorder now and will retail for $250.

Joel will also resume his long-running Madison Square Garden residency on Nov. 5. The singer had performed 73 consecutive MSG shows as of March 2020, when the residency was put on hold due to the coronavirus pandemic.

From ‘Cold Spring Harbor’ to ‘Series of Dreams,’ we run through the Piano Man’s LPs from worst to best.