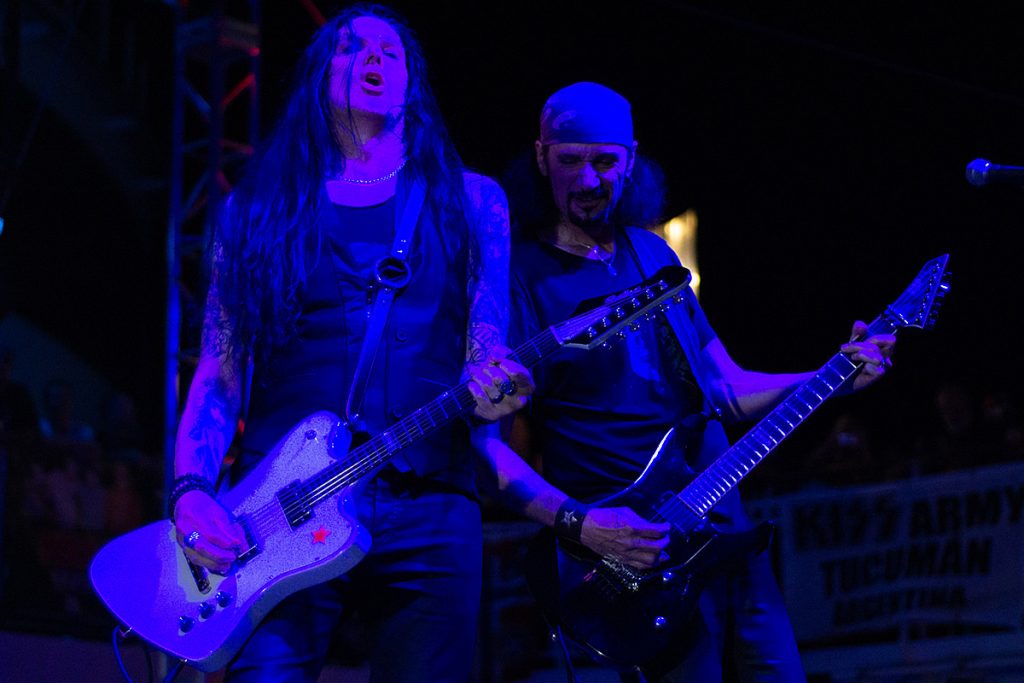 Bruce Kulick celebrated the 35th anniversary of his first shows with Kiss by performing a scorching six-song Animalize medley last night on the Kiss Kruise.

You can see exclusive photos and fan-shot video from the show below.

Kulick has teamed up with an absolutely ferocious band for these now-annual sets, featuring Slash and the Conspirators singer/guitarist Todd Kerns and drummer Brent Fitz along with bassist/vocalist Zach Throne. As has become their tradition on recent Kruises, the foursome’s show was largely dedicated to ’80s and ’90s songs that Kiss rarely if ever played live.

The Animalize medley was a particular highlight, offering a fuller, more muscular and well-rounded sound than the one found on the original album. The group was also clearly well rehearsed, handling the near-speed metal tempos of “Under the Gun” and “I’ve Had Enough” with stunning precision. Throne sang all of the Gene Simmons songs, and Kerns handled all the Paul Stanley vocals. The latter also served as a very charismatic frontman, and twice led the crowd in loving and boisterous tributes to former Kiss drummer Eric Carr. I know I’m being effusive here, but this was really something special.

Although he didn’t officially join Kiss until partway through the tour in support of the album, Kulick did perform the solos on two songs on Animalize. He returns to the Kruise stage tonight, and Kerns promised this time their set will highlight the guitarist’s last album with Kiss, 1997’s Carnival of Souls.

Kulick, who has served as guitarist of Grand Funk Railroad for nearly 20 years now, has previously said that the busy schedules of the four band members would make touring a near-impossibility. Here’s hoping someday they can at least play, record and film one show together so everybody can see and hear just how much love and new life they breathe into these songs.