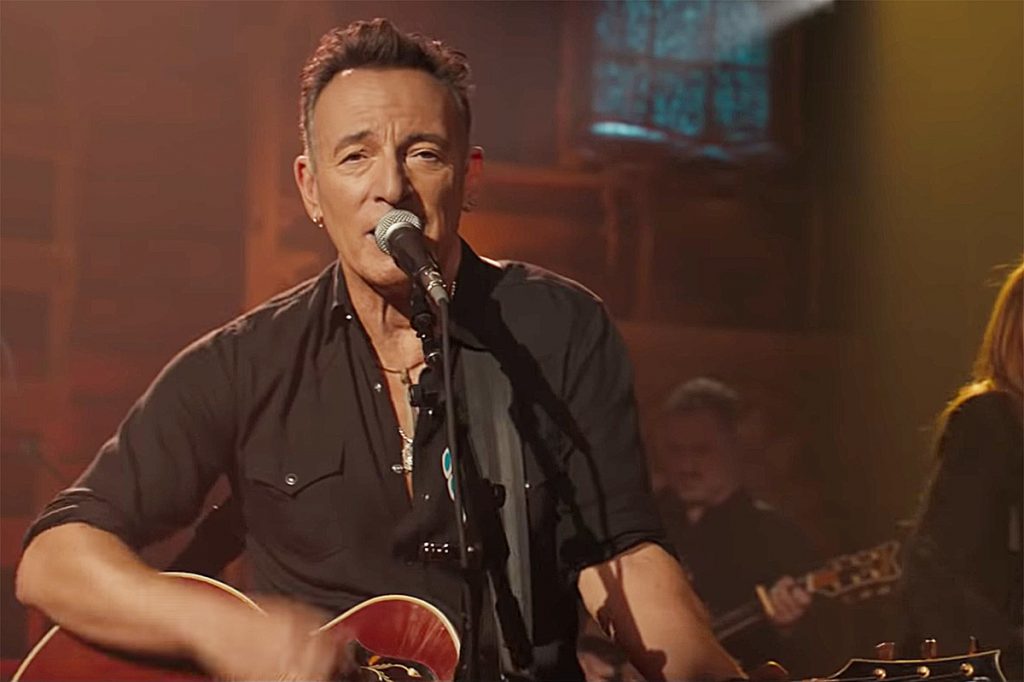 The film features the one-off, full-length orchestral performance of his recent album of the same name, which is due in theaters on Oct. 19 and 23 before going on to general release on Oct. 25. Soundtrack LP Western Stars: Songs From the Film also arrives on Oct. 25.

You can watch “Sundown” below.

“We knew we weren’t going to tour,” Springsteen said of his directorial debut. “I was looking for a way to get some of the music life to an audience … so we figured that was the best way to do it.” In another interview he said: “I think ending up in the barn had a lot to do with the way the thing felt, you know? It was just kind of gritty and intimate. It was very intimate, which is what a lot of the songs are.”

Earlier this year he admitted he hadn’t been sure what his fans would make of Western Stars. “But just walking around and talking to the fans on the street and seeing how the record was received was very exciting,” he said. He added that his fan based “really follows me where I need to go,” and continued: “That is something that is so deeply appreciated by me. It’s really something I’m proud of. They aren’t stuck in a rut. They don’t only want to hear [a] specific group of songs. They are really adventurous … it’s a lovely thing and I just want to send a thank-you out to my great audience.”