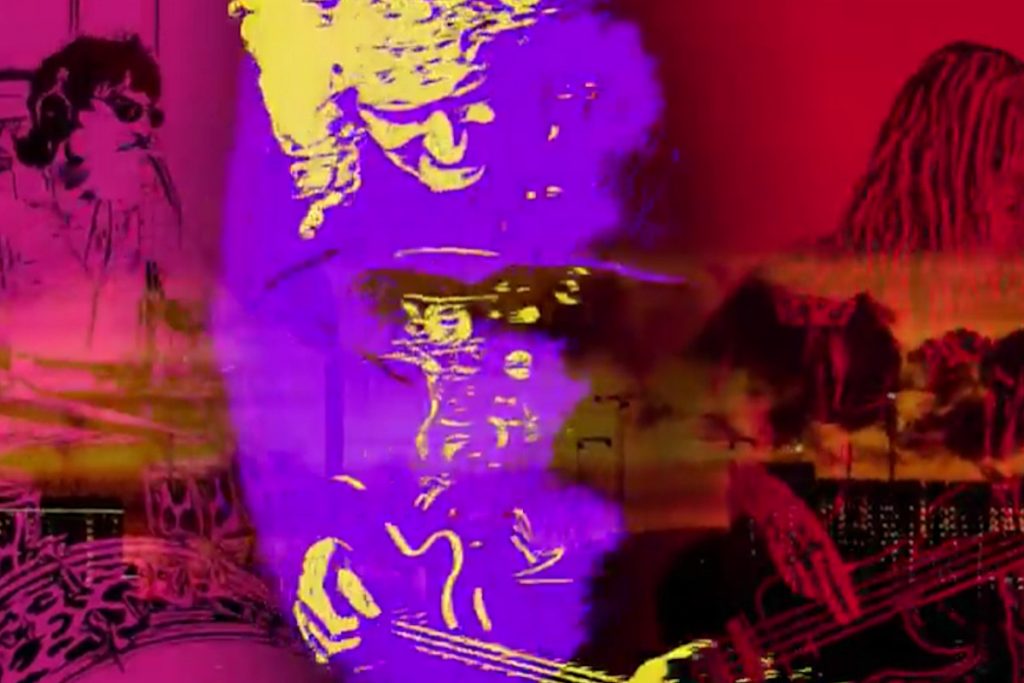 The seeds of Carmine Appice’s Guitar Zeus album date back to the early ‘90s, when the legendary drummer — known for his work with Vanilla Fudge, Rod Stewart, Jeff Beck and others –was plotting his next move.

He saw how easily some of his guitar-player friends were getting solo record deals and mused that perhaps he should have played guitar instead.

That triggered the idea that he’d make a guitar-based album and invite his friends to play on it. Guitar Gods was one name he jokingly thought of for the project before he thought maybe he’d call it Guitar Zeus. “I went to bed that night, and when you’re laying in bed, your mind starts churning,” Appice tells UCR. “I started thinking, ‘Man, that’s a really good idea!’ So I said, ‘Okay, I’m going to see if I can facilitate this.’”

Queen‘s Brian May was one of the first guitarists to commit to the project, lending his skills to “Nobody Knew,” a song that was first released in 1995. The track also features Appice and his bandmates, bassist Tony Franklin and singer Kelly Keeling.

You can watch the exclusive premiere of the new video for “Nobody Knew,” taken from the just-released reissue of the album, below.

“Generally, I know if I have a contribution to make at the first listening, either I hear it or I don’t,” May recalls. “And I immediately thought, ‘Yeah, I can do this,’ and I heard something in my head. The skeleton of the song was there, the rhythm track. I played to it in my studio, while talking on the phone with Carmine.”

Fans of May’s distinctive tone will notice a different side of his playing on “Nobody Knew,” which is darker and grittier than usual. “He gave me two solos originally when he did the song,” Appice recalls. “One was straight and one was with a wah-wah [pedal]. I said, ‘You know what? I’ve never heard him solo with a wah-wah.’ So I picked that wah-wah solo. I saw him play recently and he played some wah-wah stuff when he did his solo stuff by himself, but in the songs, I’d never heard him play a wah-wah song with Queen. I thought the wah-wah was so unique for him, so I put that version on.”

The video for “Nobody Knew” is also distinctive, borrowing inspiration from the cartoon feel of A-ha’s classic “Take on Me” clip and a less-complicated version of the Rotoshop process director Richard Linklatter used in the movie A Scanner Darkly. Appice and his band took a DIY approach, filming their individual performances for the video using iPhones. The drummer worked with video editor Robert Neilson of Wired-Digital, who helped him bring his concepts to life.

May also appears in the video for “Nobody Knew.” They initially shot the guitar legend playing onstage at a Queen concert, just in case he might not have time to participate in the video. But May surprised Appice by finding time to film his appearance so they’d have a performance that represented the emotion he’d put into his original guitar work. “He sent five takes of himself playing the song,” Appice says. “So he’s actually playing on it, he’s playing the rhythm and the chords and the lead. You get to see him playing, and he’s got the emotion in there. I thanked him so much. I said, ‘Dude, you are the best. I owe you so much. Do an album already, so I can play for you!’”

More than 20 years later after many of the performances were recorded, Appice remains proud of them. “The Guitar Zeus project was an amazing experience that has never been done before by a drummer, especially with so much talent on one album,” he says. “You get your money’s worth. From the opening note, one can tell this is going to be something special. I consider these drum tracks to be some of the best performances in my career, topped off with working with so many great guitarists and singers. The combination of players and song selection is something special with some of the tunes is out of the ordinary and ahead of their time.”